I’m a little confused about what the author’s point is beyond stating the obvious in regards to public schools. Public schools student population isn’t rigged, its based on area. So if the neighborhood within School X’s zone is predominantly white, and the neighborhood in School Y’s zone is predominantly non-white; then those schools will reflect that. That’s not the education system segregating people…that’s people segregating themselves based on where they choose to live.

Obviously there are many more layers to the data, but if the purpose is to call out the education system as being segregated, well…there isn’t must the school departments can do to change it can they? What would be the expectation here?

I understand what they are trying to say, but they could have sliced the data to say it in a more elegant and revealing way.

Yeah, hand wringing over the lack of integration in a Utah school district seems to be missing the forest for the trees.

But it’s not just that the white students aren’t going to public schools – take the top BPS school, Boston Latin. Boston Latin is 48% non-hispanic white – a significant concentration of white students compared with the BPS average.

White students in Boston, even in public schools, are significantly more likely to be concentrated in whiter schools. And note, BPS is fairly non-restrictive about assignment, so this isn’t just neighborhood-based.

So why is this happening?

These three steps lead to significantly greater segregation in public schools than would be predicted from the population demographics.

(Note, I’m not saying the decision is consciously made on race – the schools with the highest percentage of white students tend to be the top test-scoring schools – but the mechanism still results in increased segregation.)

That’s what I’d expect of any parent with the option (which means white and middle class, most likely, I guess).

Try to get your kid into the good public school, and if you can’t, find some way of getting them into a good private school, if you can find a way to afford it, somehow, even making significant sacrifices elsewhere. Letting your child go to the ‘bad’ school (what I’d probably call a sink comprehensive in Brit-speak) is a last resort.

Of course, it’s probably true that having your child with more affluent and engaged parents in the ‘bad’ school might help to raise the level of that school, but why take the risk with your child if you have the option?

See: all the Labour politicians in the UK who get/got castigated for supporting Comprehensives for everyone else but sending their kids to private school. Tristram Hunt won't 'rule out' private school for his children

Tristram Hunt, the new shadow education secretary, would consider sending his children to private school, he has revealed.

And this leads to increased house prices in the catchment areas for ‘good’ schools, leading to segregation by income, which means by race, indirectly.

I’m confused by the interpretation of statistics here.

According to Wikipedia, the USA is about 72% white.
In a perfectly non-segregated world, I would thus expect 100% of students to attend majority-white schools.

Of course, the US is “geographically segregated”. (Aside: I don’t know how much of that has anything to do with segregation and racism, and how much is just different ethnicities traditionally living in different areas)

But if you mouse over the individual districts in the map, you will see that a lot of them are either very close to 100% or very close to 0%. The remaining districts are about 50% white, so I’d expect that as well.

We also need to account for the astonishing fact that majority-white schools tend to have … drum roll … more white students than non-white students.

I’m not trying to deny the problem here… when I look closely, I do think I see some segregation. It’s not easy to tell from these maps how bad it actually is.

But did you read the first line of the linked post?

students of color will account for the majority of public school students for the first time in US history.

Yet the reality is that (1) minorities are over-represented in public schools, and yet (2) whites still end up in majority-white schools.

In a perfectly non-segregated world, I would thus expect 100% of students to attend majority-white schools.

Why are you bringing up perfection? Are you trying to create an argument about unachievable goals, and why bother trying so hard since perfection isn’t possible? (by definition, perfection is practically speaking, not achievable).

when I look closely, I do think I see some segregation.

Hmmm… I think maybe you are up to something.

I believe you are making a really common mistake (or maybe advancing an agenda through an intentionally biased narrative, not possible to tell from here with certainty). I say so because you appear to be arguing that it is not so bad if only a small number of people have their rights violated. And since I wager that you don’t know any of them personally, well, i guess maybe if you can’t find your glasses, maybe you can SQUINT HARDER. Because it is real, and it is millions upon millions of avoidable tragedies, if only, when we looked at a perfectly non-head-up-their-assed world, 100 percent of tragedies were avoided. We can try, and it starts by giving a shit. Not ‘giving shit’. Giving -a- shit.

Everyone counts. You as much as any student who loses out on a level playing field.

Here in Delaware, the tax-funded* schools are rapidly re-segregating, after being forcibly de-segregated in the 1970s. The original desegregation was poorly performed and at least four years of students (of all ethnicities) suffered decreased quality of education because of that, but in the end the goal was accomplished.

The current re-segregation has little or nothing to do with overt modern racism, although certainly the historic legacies of racism and slavery created the economic background enabling it.

Right now, the schools of Delaware are purposely resegregating on economic lines, as alluded to by @daneel above. The fact that the majority of low-income students are children of color means that this plays out in a totally racially biased way, but the mechanism is not inherently racist, it’s classist. Attacks on the system based on allegations of racism have repeatedly failed, and will continue to fail, because it is very easily proven that the children of wealthy, privileged African-Americans are not systematically discriminated against. Only an attack on the actual mechanism driving modern discrimination - which is economic class warfare - is likely to succeed in reversing this trend.

Please keep in mind my statements are only intended to describe the situation in Delaware, which is where I live. I am not claiming that this dynamic exists anywhere else, because frankly I don’t know anything about the school system anywhere else.

This is worth a read. Not sure if I saw it on BB first, I thought it was an RS article… 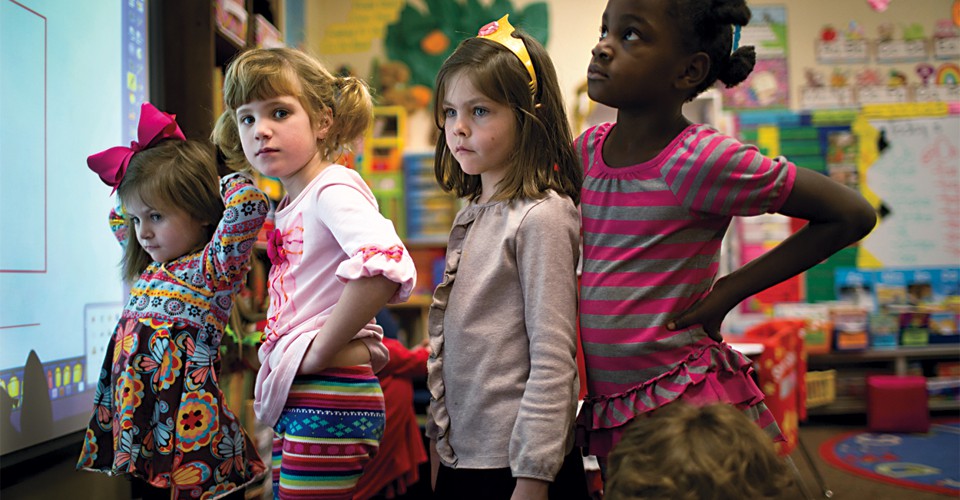 Sixty years after Brown v. Board of Education, the schools in Tuscaloosa, Alabama, show how separate and unequal education is coming back.

All of which seems to indicate that comprehensive education cannot operate in a system that embraces the misleading concept of “school choice”. Schools are not consumer products where the role of the parent is to select one that seems better than the others. Education is a process where being involved with your child and their education, co-operating with the teaching staff and stressing the importance of education to your child will all have much more impact on the outcomes than picking a location for education to take place (ably assisted by glossy brochures and the swamp of bad statistics known as league tables)

In reality, schools are the mechanism by which we create the next iteration of our society.And the fact that our current system is stratified by wealth rather than ability, heavily ghettoised, and infected by the memes of branding and consumerism tell us an unfortunately large amount about the future.

A truly comprehensive system needs mixed and fixed intakes, a universal level of funding and support, and the absence of a parallel system of privilege perpetuating pedagogy.

So, to the point that another poster made with their reply, “Yeah, hand wringing over the lack of integration in a Utah school district seems to be missing the forest for the trees.” this…EXACTLY THIS.

If the particular region the public school district covers is 90% white, why bother pointing out that the school is 90% white too. Perhaps I’m obtuse here.

I’d be more concerned with a school where the population is 80% non-white and had 2 middle schools in district…one was 90% white and the other 90% non-white. Again, maybe I am being too simplistic with my view here…but that would concern me as an example of school segregation.

I understand the intended point, but I’m seriously put off by method.

Here’s a link to the Chicago Public Schools (CPS) Stats and Facts Page.

According to them, this is the actual student racial breakdown for public schools in 2013.

Reports from past years are available here. I checked back to 2010, and none match his posted numbers. Since those are the reported numbers direct from the district (and are readily available), I’d really like to know why his numbers are so different. I tried to check his sources, but there are four possible sources, and they aren’t easy to check. These are his numbers for Chicago 2011-2012:

At no time from 2010 on, does the district record a white public school population larger than 10%. He presents a larger white population in the area than actually is on record. I’m not going to check his work on every county in the U.S. - this is absolutely the first data set I checked.

Everybody needs to read that. At least once.

True, unfortunately it’s pretty difficult to have a capitalistic, free choice society and not see segregation happen based on the preferences of parents. I suppose you could have all schools be public and with equal funding but that’s about as likely to happen as all neighborhoods having the same affordability. IMHO, it’s really a function of our dollar based society and the fact that parents will usually do whatever they can to improve the future for their kids.

Private schools are most definitely consumer products. They sell a high quality education. I don’t see that going away anytime soon.

I suppose you could have all schools be public and with equal funding but that’s about as likely to happen as all neighborhoods having the same affordability.

I’m not sure if you’re saying educational equality is not a goal worth fighting for, or that you’re just too cynical and jaded to fight for it.

Is he referencing the entire student population – public, parochial, other independent – instead of only the population at public schools? Because Chicago is highly segregated, so each Catholic school, for example, will be almost entirely 100% whatever ethnicity is represented in that particular neighborhood. If that’s not the explanation, then I’m as puzzled as you are.

I thought of that, but the title of the article (where the maps are) is “America’s public schools remain highly segregated”. If they’re including private schools in the data, it needs to be disclosed in the title and discussion.

Yeah, I agree. The first step should always be to define the terms clearly.