Marvel to launch "Create Your Own Comic" app, but "social issues" and "alternative lifestyle advocacy" are banned

That only leaves extreme physical violence and terrible clothing choices.
“New” you say?

I assume DC will launch a competing app with one additional restriction, no saturated colors.

Whether the version of the Marvel Universe you create is “Your Own” is arguable, however, given that the terms and conditions state that users are forbidden from distributing the content off-platform or using it for any commercial enterprise.

"The perpetual, irrevocable, exclusive, royalty-free and fully transferable and sub-licensable right, for the full term of copyright protection available (including renewal terms), to use, reproduce, transmit, communicate to the public, print, publish, publicly display, publicly perform, exhibit, distribute, redistribute, license, sub-license, copy, index, comment upon, modify, adapt, translate, create derivative works based upon, make available, and otherwise exploit, in whole or in part, in all languages, anywhere in the world, by all means, methods, processes, and media formats and channels now known or hereafter devised, in any number of copies and without limit as to time, manner or frequency of use, without further notice to you, with or without attribution, and without the requirement of permission from or payment to you or any other person or entity, such User-Submitted Content (including, without limitation, any and all original elements of such User-Submitted Content and any and all works utilizing such User-Submitted Content and/or such elements thereof) for any purpose that the Tap Tap/Marvel Parties may see fit in their sole discretion, including, without limitation, in conjunction with advertisements, promotions, marketing activities, and/or any other commercial activities, effective as of the earliest date such User Submitted Content exists within the Service. ”

Woohoo! Now you get to make our comics for free!

It’s like the Chinese government censors gave Marvel a list of restrictions on what kind of material they can market in China, Marvel’s writers said “dafuq? what can we even make with this?” and then someone at Marvel corporate said “I know! Let’s crowdsource this. We’ll post the list of restrictions and let the public come up with…well, I still don’t know what they’ll come up with. The Punisher drinking chamomile tea or something.”

Being a superhero is actually a pretty alternative lifestyle choice.

I dunno… sounds to me like they don’t want people using it to make shit like the possibly AI created crap on youtube. Or, you know, use high quality art that might be confused with the real thing to promote or include subject matter that would cause out rage. And also to, you know, ttry to keep it kid friendly, because kids use things like this. This app my kid used to use only had white listed words that could be used in the chat function - and none of the above topics could be discussed. Should I be outraged there as well?

If you want to have Captain America saying “Heil Hitler” and curb stomping people while they shit their pants, do your own parody comic instead of using this capitalistic tool.

No bare midriffs? That leaves out all of the female characters!

“Semprini” is apparently permitted though.

A better option is the Build Your Own Red Meat construction set. 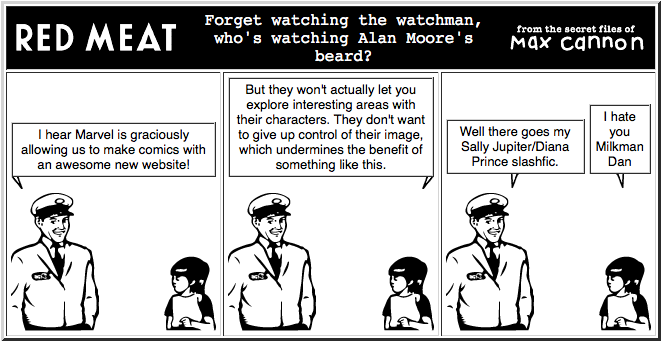 Actually, you can still make your slashfic, just use another tool. 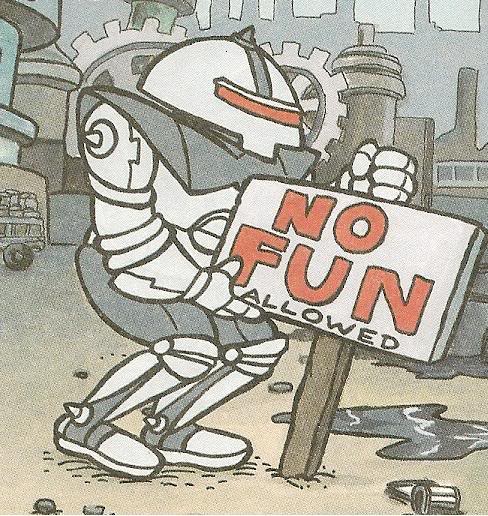 If I understand it, Marvel won’t let you publish your naughty comix on their platform. But you can take a screenshot like the example tweet, no?

Maybe this isn’t for adults. Or people trying to get a job at Marvel.

Maybe- I know this is CRAZY- but maybe this is a tool that a parent can use with their kids to “create” comics using some of their favorite characters. Maybe in that instance, a parent and a kid don’t actually care if they “own” the story because maybe they’re just interested in using a tool for fun.

Maybe if my son were a little older, he’d have a fucking blast making a comic with Squirrel Girl and Black Panther fighting MODOK and maybe neither of us would care whether or not he signed away rights to his spur-of-the-moment story he made.

Maybe this is one of those cases where cynical adults should think past the legalese and understand that maybe- for once!- they’re not being targeted by their corporate overlords.

And maybe nothing here is stopping adults from making their own fanfic. Or trying to get a job at Marvel where- certainly- they wouldn’t “own” their stories anyway.-

It’s a good thing that Marvel isn’t giving us things like the below to work with. 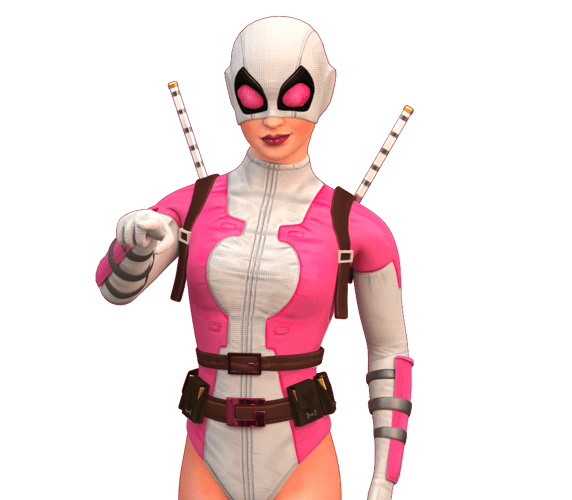 You people have been on the internet, right? You really want those people s opinions on social issues in a children’s comic?

The point is that this is just going to be a meme machine for exactly the things Marvel says it doesn’t want it used for. The whole project is either completely delusional or slyly intentional.