Originally published at: Merchants in San Francisco neighborhood threaten to stop paying taxes and fees if homelessness is not addressed | Boing Boing

That neighborhood has a long history of grass-roots activism (Harvey Milk’s unofficial title was “Mayor of Castro Street”) so it will be interesting to see if they succeed in organizing some meaningful action to solve the problem.

The same one that the city has been using for decades when it comes to the unhoused: lots of listening to the local communities, lots of feel-good language, but nothing substantial done to actually house these people in situations appropriate to their needs.

There are proven solutions to these problems but San Francisco, more than most cities, is in thrall to the NIMBYs who’ll never allow them to be put into effect.

Compare to what’s happening in Seattle. 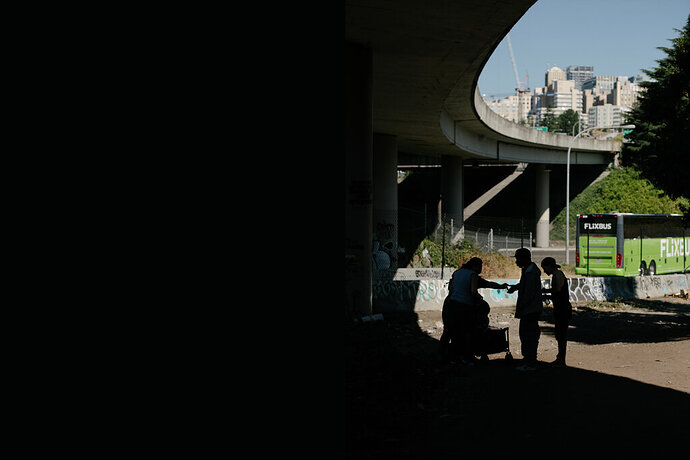 Opinion | Something Better Than a Tent for the Homeless

Seattle has an innovative method for addressing the needs of the homeless and those of businesses and homeowners.

Gosh, I hope it all works out.

You forgot the /s tag

Actually, one thing that worked very well during the worst of the pandemic was the state renting vacant hotels and putting up houseless there (mostly families and couples). It got them a roof over their heads, in nicer surroundings, and let the state do something constructive about the problem, in addition to supporting local business. There are usually any number of vacant buildings that could be converted to small apartments (especially ones that are allowed to remain vacant for tax writeoffs, but that’s a different rant.)

As someone who lives near and works in Seattle, I dunno if anyone should be using us a pointer for how to solve the issues with homeless communities. I can’t get through the paywall though, so maybe there’s something interesting in there.

I can’t get through the paywall though

This isn’t the best view, but at least you can read the text.

I was wondering (well, pretending to wonder) which version of “the homelessness problem” these businesses were concerned about. But then I saw the part about how these human beings are “littering” the street. You know, as in “we’ve thrown this object away and now it’s time for the garbage man to come and collect it”.

Understand that I’m not claiming the high ground here. I am as capable as anyone else of feeling inconvenienced or even threatened by homeless people. But I’m not enough of a fucking psychopath to think that someone living on the street makes me a victim.

If unconditionally housing people really is “too expensive”, then what you do is, you do it anyway, and have a budget debate instead of a fully demonic eat-the-poor debate.

Except when certain people say it would be too expensive, they don’t mean the city couldn’t make the sums work. They mean that homelessness is a necessary tool to discipline workers – “that bag lady is why you should be grateful for minimum wage” – and they want it to continue, just in some other, crueller location that doesn’t deter their customers.

one thing that worked very well during the worst of the pandemic was the state renting vacant hotels and putting up houseless there (mostly families and couples).

One thing that gave the jobless and homeless in Australia a lot of hope during the worst of the pandemic was to have their social security payments raised to a livable amount above the poverty line but then they had it taken away when there was no need to isolate folk and prevent the poor from being carriers of the virus. Much like giving rats a holiday /s

How have things panned out for the homeless over there?

Uh, if I’m meant to share in the “area merchants’” fear and loathing of San Francisco’s unhoused, or give them the thumbs-up for their tax strike, it’s not working.

I’m getting mixed messaging from their statement. On one hand they’re attempting to pass most or all of their business woes on to the unhoused individuals in their area, but on the other hand they’re advocating for " shelter and/or services" for those people. Essentially it seems like their advocating for a good thing, but for the wrong reasons.

I can’t get through the paywall though

This isn’t the best view, but at least you can read the text.

Thanks! This article actually sounds pretty great; I’ll go ahead and look more into that organization.

I’m getting mixed messaging from their statement. On one hand they’re attempting to pass most or all of their business woes on to the unhoused individuals in their area, but on the other hand they’re advocating for " shelter and/or services" for those people. Essentially it seems like their advocating for a good thing, but for the wrong reasons.

I realize this might be unpopular, but it sounds to me like you’re saying it’s unreasonable for business to suggest that unhoused population is a problem for their business, and that to me a is a huge disconnect. I support programs for solving the problems with the unhoused in ways that are compassionate and effective; I have relatives who have been unhoused. I have voted consistently in this way, and I have donated to womens shelters regularly, and voted for and donated money to places near my home, too.

I also lived in Seattle proper for years, and got to listen to my wife regularly be harassed and made to feel unsafe on public transit or when walking to and from work. And I don’t mean unsafe in like ‘oh wow there’s BROWN people around oh lord my property values’ but like ‘oh hey another clearly unstable person made lewd advances on her and tried getting off at her bus stop’. There were lots of places we didn’t go because the crime rates were higher up, and the idea that everyone who doesn’t do that is just a pearl clutching NIMBY is bizarre to me and suggests that the people making those claims don’t interact with the unhoused very often.

Edit: I recognize that unhoused people are not inherently more likely to commit crimes, since I realize that wasn’t clear here. But the areas where the unhoused congregate tend to attract crime, often from people who don’t live there and aren’t part of the community.

So basically I’m glad they’re asking for the right things, but I’m absolutely not going to malign them for saying that a local unhoused population is affecting their business as well, and I don’t think it’s right for anyone else to do so either. Using that reason as an excuse for inhumane or terrible treatment should be maligned, certainly, but let’s not pretend that an unhoused population is simply some problem where stuffy nimbys get mad about and doesn’t have any negative impact on the housed population of the local area.

That’s not exactly what I’m saying, no. Sure I can recognize that a significant unhoused population can be harmful to business and the overall reputation or atmosphere of a neighborhood. But that shouldn’t be the primary reason to advocate for services and/or support for the unhoused. The primary reasoning should be the recognition that the unhoused are people with rights like anyone else and that those people are in genuine need of support and/or services.

Ah, then I guess I mostly just agree that also I wish people were more selfless in general.

Houston has adopted a “housing first” mindset for the chronically homeless.

The whole article is great, no easy answers but … something like hope. 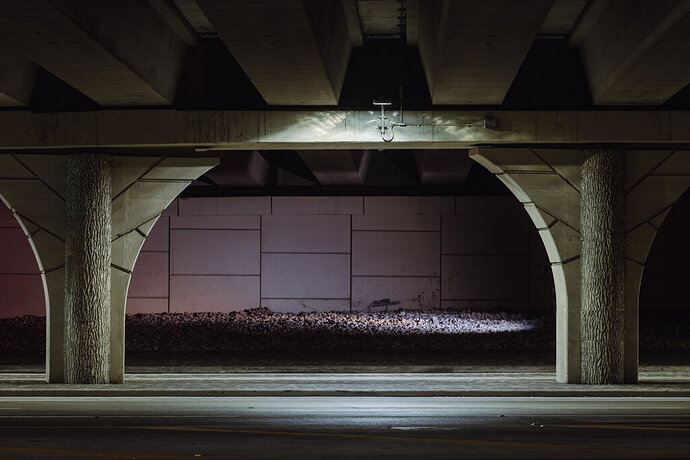 How Houston Moved 25,000 People From the Streets Into Homes of Their Own

The nation’s fourth-largest city hasn’t solved homelessness, but its remarkable progress can suggest a way forward.

A great quote from it

But housing first involves a different logic: When you’re drowning, it doesn’t help if your rescuer insists you learn to swim before returning you to shore. You can address your issues once you’re on land. Or not. Either way, you join the wider population of people battling demons behind closed doors.

One thing I’ll never understand is how ridiculously underfunded HUD is. 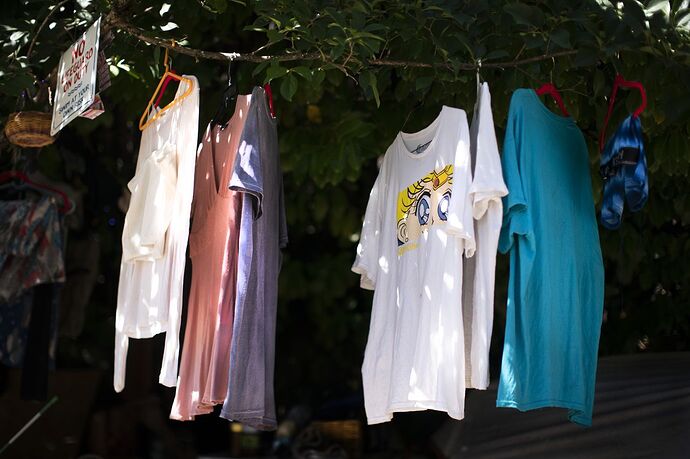 I don’t understand why a progressive place like SF is so far behind on the evidence-based Homes First model? Canada has implemented this federally in nearly every major city since 2008 and has had a lot of success with it.

A huge multi-year study of five cities that are specifically implementing the Pathways model of Homes First was recently completed and there are powerful learnings in here, especially about the importance of Aboriginal participation. Caution, not a light read:

Note that one of the key cities in that study is Calgary, which had a huge homeless problem back in the 1980s. It is Canada’s most conservative city, but they were the first city in Canada to try Housing First and the improvement has been remarkable. You can walk around downtown now and it’s a different place.

Of course, it’s not all rosy. Vancouver also implemented the model and has had great success:

Despite this, lately, local NIMBYs and law enforcement have been getting impatient and ganging up on the unhoused: 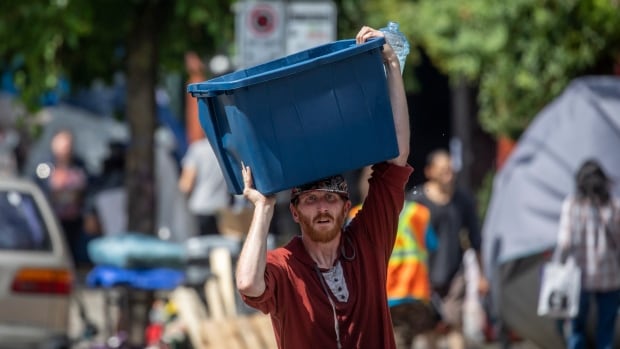 No plan to house people living in tents in Vancouver's Downtown Eastside, say...

A day after city staff began the removal of tents along East Hastings street, most of the structures are still standing and those dwelling in them wonder where they’re supposed to go.

Note that the right to live outside is enshrined in law here, but the Fire Marshall is claiming it’s a hazard. Colour me skeptical.