Originally published at: Microsoft lays of 10,000 workers, 5% of its workforce | Boing Boing

We’re definitely hitting another recession this year, aren’t we?

Big tech is anticipating one, for sure. The investment banks are also bracing their clients for one. It’s miserable but part of the economic cycle.

It’s miserable but part of the economic cycle.

Except for all those years in which we had a relatively stable economy that wasn’t entirely enamored of growth at all costs. These are choices people have made for us since Reagan. We can force our elected officials to make different choices about the economy to keep it stable. It’s clear that since the Reagan revolution, we’re back in service to the god that is the market, not the market being in service to humanity.

The next round in the corporate Tide-Pod challenge.

Big tech is anticipating one, for sure.

Visualization of what is happening during board meetings at most tech firms right now:

Why are so many tech companies laying people off right now?

The tech industry layoffs are basically an instance of social contagion, in which companies imitate what others are doing. If you look for reasons for why companies do layoffs, the reason is that everybody else is doing it.

I’d like to further that argument and apply it to the whole ‘open office’ layout. Cubicles are out, library tables are in.

Tech companies also use these opportunities to blow out dead wood with less negative press. Tech companies, unlike other sectors are very reticent to use layoffs. It used to be a point of pride at Microsoft- “we have never had a layoff…” In the 2008-2009 recession Microsoft froze spending and made other cost cutting measures largely for appearance sake - looking good to stockholders. They had plenty of money and revenue, and just as much work to get done. Doesn’t make it any better for the people/families effected.

Tech companies, unlike other sectors are very reticent to use layoffs.

If anybody here is a Microsoft employee that’s affected by this (and I’m not asking anybody to out themselves), my sympathies and best of luck to you moving forward.

In the 2008-2009 recession Microsoft froze spending and made other cost cutting measures largely for appearance sake - looking good to stockholders.

Less than 2 years ago MSFT started buying back $60 BILLION of it’s stock. Other major tech firms have additional BILLIONS languishing in cash accounts. Imagine if they used this money to actually care for their employees rather than posturing for Wall Street?

There really is no excuse for laying off thousands of employees when there is enough cash to sustain these companies for the next several decades. 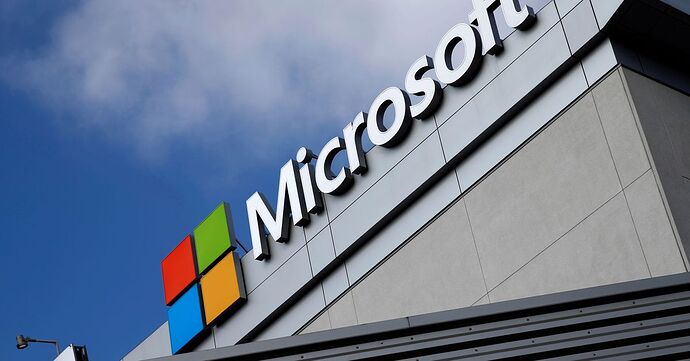 Microsoft to buy back up to $60 bln in shares; names Brad Smith vice chair

Microsoft Corp on Tuesday said it will conduct an up to $60 billion share buyback program, raise its quarterly dividend by 11%, and appoint company President Brad Smith as vice chair.

The tech industry is still very, very tight, with some people estimating around 2% unemployment in it. Even now as Microsoft is laying off 10,000, there’s nearly that many job openings there in different areas of the company.

My suspicion is a number of these tech companies over-hired during COVID. Microsoft I know was stocking up its Teams team and teams that they wanted to build integrations for Teams. When Teams didn’t become the “product of choice of the remote worker”, (and there were plenty of ads for that), suddenly there’s no money coming into that team and a ton of money going out. While the layoff will probably affect many teams at Microsoft, I bet it’s going to centralize around the thousands or so hired to make Teams be the “remote worker product of choice for collab.”

According to Geekwire, Microsoft’s operations teams have outgrown the product development teams. My guess is this is where considerable amount of the cuts will come from. 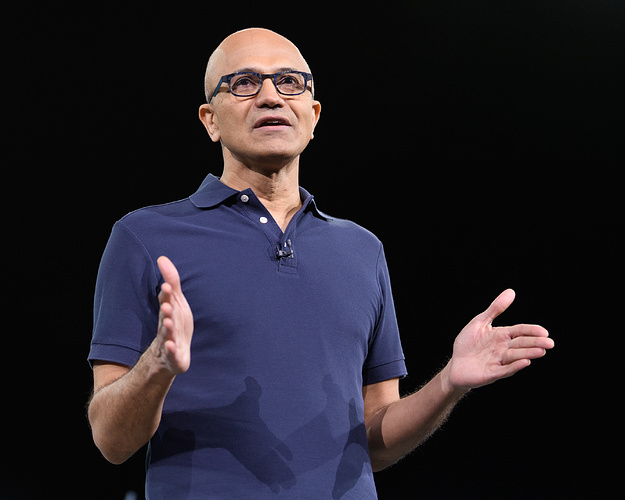 [Editor’s Note: Timing of layoffs corrected since original post.] Citing a need to “align our cost structure with our revenue and where we see customer demand,” Microsoft CEO Satya Nadella… Read More

Imagine if they used this money to actually care for their employees rather than posturing for Wall Street?

Move them over to the 365 division so it won’t take 2 weeks to fix paid email account for a business.

Two weeks and countless phone calls to solve and email problem for a customer a couple months ago.

Any idea where the video pf people walking into the hole came from? It’s hypnotic

Less than 2 years ago MSFT started buying back $60 BILLION of it’s stock. Other major tech firms have additional BILLIONS languishing in cash accounts. Imagine if they used this money to actually care for their employees rather than posturing for Wall Street?

Stock buybacks should be illegal.

With all the crap that’s been pulled to keep stock price happy over the business itself, I’m getting close to being of the opinion stocks should be illegal.

Move some more over to the department they gutted that tests updates properly because barely a month goes by without them breaking something in the eternal beta testing environment that is Windows 10/11.