What do you find ironic about this?

Your idea that it’s a good idea to help others question their ideas is precisely that which you said you don’t communicate – it’s one of your own ideas.

I don’t actually have to answer you, you know. Asking me to explain something is not an argument. However, I will suggest you read any of the books written about the last housing bubble in 2007/8 (surely you remember what happened?) and the various books of Nassim Nicholas Taleb.

Investors appear to be willing to pay large amounts of money for housing despite the fact that the last housing asset bubble crash was less than 10 years ago. Yet on the other hand pharmaceuticals companies will not spend a tiny fraction of that on developing new antibiotics despite the fact that existing ones are rapidly becoming useless.
I’m not writing about causation, but our seeming inability to make rational estimates of risk. Human history is full of disasters caused by poor risk assessment and lack of rational future planning, but people seem to learn nothing from it.

In the case of housing bubbles, downward pressure on incomes of people who would otherwise be entering the housing market suggests that present trends are unsustainable.

It’s a methodology. Methods work when applied regardless of their content. Any resulting Ideas would be the content.

Just because you communicate your ideas in the form of questions or by negating meaning, that doesn’t mean you’re not trying to communicate ideas. I’m not against questioning or negation at all, I do a fair bit of it myself. But when you question/negate specific concepts but not others, people understand that as a statement, and interpret its meaning as best they can.

If you genuinely don’t believe you’re trying to say anything, and are purely “questioning everything”, that could explain the misunderstandings. Because you definitely are saying things, but because you’re unaware of it, you’re not being careful to explain them carefully or cooperate with your interlocutor, and so are prone to misinterpretation.

That’s what I asked Santa for, an “Irony Meter”.

As for those millenials who are cheap because they’re broke…

(I sometimes imagine popobawa4u cackling with glee over yet another successful derailment.)

No, just crying in my tea.

I don’t actually have to answer you, you know.

Sure but then you implied that pharmas choose not to pay for antibiotics resource because…real estate bubble! I question that since I’ve heard a bit about what the pharmas chose not to do that research, which was stupid on their part, but was completely about it not being terribly profitable for them as large corporations. It is more about corporations and short-sighted profits than any high concept societal issues here.

I don’t expect corporations to do things based on a moral good. That isn’t going to happen usually. They do it based on profits.

Corporations, megacorporations in fact, on one hand, are not really comparable to normal humans and the fact that humans continue to invest in real estate even though you imply it is a mug’s game. Hell, I invest in real estate for very straightforward reasons: it makes me money and is a good longterm investment as long as people keep moving to the Bay Area of California where I live.

Sure but then you implied

I think you need to understand the difference between comparison and implication. If I had said that A caused B, I would have said so.
It’s notoriously difficult in macroeconomics to identify causes and effects - a lot is correlation - but since 2008 I am simply amazed that apparently rational actors choose to support a housing bubble with savings.

Hell, I invest in real estate for very straightforward reasons: it makes me money and is a good longterm investment as long as people keep moving to the Bay Area of California where I live.

So you’ve identified the main risk factor - the Bay Area economy. How have you offset or discounted it? Remember that if prices do start to drop, as people try to sell the drop becomes a stampede out by everybody who isn’t in negative equity. As I said earlier, it sounds like you really need to read Taleb (his books are approachable) - bankers made the error of estimating downsides based on a lack of common-mode failure, not realising that their own systems ensured that once a downside was perceived it spread rapidly through the system.
Since 2008 the systems are more automated and the swings faster. Imagine for instance what would happen to the Californian economy if the growing problems with online crime caused a major lack of confidence in Internet use.

It’s notoriously difficult in macroeconomics to identify causes and effects - a lot is correlation - but since 2008 I am simply amazed that apparently rational actors choose to support a housing bubble with savings.

and yet my house, bought during the beginning of the slump in 2006, is worth at least 50% more than I paid for it nine years ago. The duplex that I bought two years ago is worth about 40% more.

That doesn’t sound like a bad investment to me, especially since one is the home I live in and that I refi’d to under 4.5% interest on a 15 year note.

So, yeah, real estate bubble but the answer for “why do people still do it?” isn’t “they’re idiots!”

It’s only irony if it is deliberate.

Have fun selling that!

I can’t disclose my favorite. People would… Judge me.

Assam, with a tiny bit of raw sugar and milk.

And speaking of “broke”, I bought it with change I was surprised to find in my winter clothes.

The person in question prefers no gender designation.

My favorite ‘tea’. I make it with cocoa and a touch of butter. 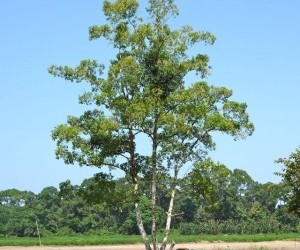 Your “Kerfuffles” are giving me “Schadenfreude”.

You’re demonstrating how microeconomic decisions affect macroeconomics. But “I won at the casino last night” doesn’t invalidate the fact that in the long run the casino always wins.
My house has increased in price quite a lot since I bought it at the bottom of the slump. But I treat it as somewhere to live, not a casino counter. If its value halved, it would make no difference to me financially. I have to live somewhere…

So you’ve identified the main risk factor - the Bay Area economy. How have you offset or discounted it?

I live here. The main house is my primary residence and the other place is rented out. Unless rents in the Bay Area drop dramatically (ha ha ha), even with rent control, I break even on the rental. Maybe it isn’t worth a lot when I have it paid off in 28 years but I’m planning longterm to hope that I have some sort of retirement when I’m 65 in 21 years. In about 11 years, I’ll own the house I reside in outright. That is my main goal.

(I just saw your edit which is why I’m responding separately here.)

I’m sorry, I was made to learn all that stuff at school by my English teachers (Newnham and Somerville). I must cease to cast pearls before swine (cast Pearl’s what?).

Or maybe realize that pearls come in different sizes, shapes and colors?

Irony needn’t be deliberate. It’s ironic, for instance, that Trumpadump tells others that if they just pull harder on their bootstraps like he did, they’d be tycoons too. He may well not see the irony, let alone mean to deploy irony, in the fact that his wealthy father gave him a million-dollar “loan” to start out with. The irony is there, whether he meant it or not. (I actually hope he did mean it, and that his entire clown-suit is an ironic performance, but as time goes by I keep discounting the validity of that hope.)

ETA: I’m now wondering if you deleted the posts in question because you agree with what I wrote here? Anyway, about those millenials who are cheap because they’re broke…

######My hope is Trumpadump is actually Andy Kaufman and he will jump out of his suit soon and yell, “Gotcha!!”