I will bet 400 quatloos that some moron comes along and demands that legislation be passed outlawing them as being unhygienic and an unfair competition to retailers.

Seattle resident here! I’d always heard that food generally wasn’t a problem for the homeless so much as access to paper and hygiene products: toilet paper, sanitary wipes, garbage bags, razors, feminine hygiene, etc. Making something like that available would probably do more good.

“Project goals are to reduce hunger, increase access to food and toiletries”

That’s the point of such efforts: we have to learn how to exchange things without always depending on the market to enforce the rules. It might be kinda rough at first, but we’ll never learn how to share if we don’t practice. Give-away shops, swap shops, freeshops, or free stores are stores where all goods are free. They are similar to charity shops, with mostly second-hand items—only everything is available at no cost. Whether it is a book, a piece of furniture, a garment or a household item, it is all freely given away, although some operate a one-in, one-out–type policy (swap shops). The free store is a form of constructive direct action that provides a shopping alternative to a monetary framework, allowing peopl... A gift economy, gift culture, or gift exchange is a mode of exchange where valuables are not traded or sold, but rather given without an explicit agreement for immediate or future rewards. This contrasts with a barter economy or a market economy, where goods and services are primarily exchanged for value received. Social norms and custom govern gift exchange. Gifts are not given in an explicit exchange of goods or services for money or some other commodity. The nature of gift economies forms the ...

Not just the homeless are poor/food insecure. A lot of working parents, especially single or single income, need help keeping everyone fed.

I had the same thought. In fact, this story immediately came to mind: 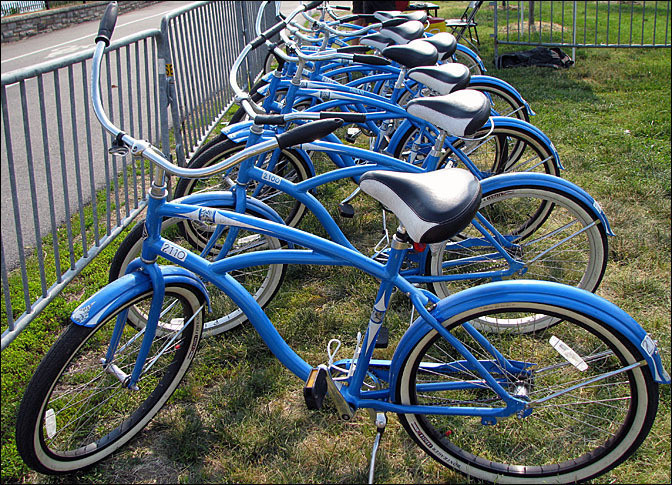 Eh. Newspapers you can sell on the corner pretty easily, bicycle parts have markets too.
But lentils? Canned peas?

The only people who will ‘steal’ them will be people who just deliberately want to be assholes. Some of them probably need the food and think it tastes better if they imagine themselves pulling one over on the system rather than accepting charity.

The ones who steal it and dump it, well, hopefully that’s a pretty small demographic.

I’m waiting for the inevitable person who vandalizes one, poisons the food, or generally does everything they can to destroy it because it helps people. For a huge portion of Americans, someone getting something for free is THE most evil and horrible thing that can ever happen in the world.

“As a dietitian, I’ve always believed that no one should go hungry,”

Or, you know… as a goddamned HUMAN BEING.

This was honestly my first thought. Because some people really are that horrible.

The other type would be someone who does the same things but “just for the lulz”.

I tried to read the linked article, but a band of about a dozen marketers repeatedly hijacked my browser session, so I gave up. Wonder where those kids got their ethical cues.