MLMs are cults that prey on moms, Mormons and the military

Storytime: when I was a university student in Provo, a 3-day job became available to work as a EN-JP translator for the NuSkin convention: thousands of dupes were at the convention center in SLC. My job was to shepherd the Japanese ones on the bus down to Provo, show them the glorious HQ, and generally reassure them in their choices. Not knowing the lingo for ‘upstream’ and ‘downstream’ or ‘sponsor’ or whatever, I resorted to what seemed to be accurate: 親分 (oyabun) and 子分 (kobun) which are the terms for the yakuza. It seemed appropriate. My customers would correct my mislabels, to which I would apologise sheepishly and explain that my Japanese wasn’t very good. Fifteen minutes later, I would use the terms again.

I know one family that got in early on an MLM and made a fortune. Sadly many who know them were encouraged and joined other ones that failed.

MLM: It is possible to have “end customers” to your products that are not related to your downstream.
Pyramid Scam: There is no such thing as “end customers.”

The site owner and founder (Tracy) is a forensic accountant and certified expert witness for financial crimes. She dreams of an MLM suing her because, well, discovery is a bitch.

I worked AV for a large Amway conference once. I was struck by how the motivational speeches and videos were all about getting more people under you, and the life of luxury that would get you. Products weren’t even mentioned. It was all about the pyramid, getting on top of a cascade of other people to “Diamond Level”. People would even come up on stage and jubilantly flash the Diamond Level hand symbol – which must have really tested the professionalism of the two sign language translators on stage since the two-handed gesture Amway had chosen to symbolize the top level of pyramidal achievement is the sign language symbol for vagina.

Hard to take Amway seriously after that…

The Dream podcast mentioned in the post is worth checking out.

These organizations seem also to prey on teachers. About half the teachers I know personally have been sucked in at one point or another.

Yes, but in either case they use the exact same tactics to bilk everyone on the chain, pressure them to sell garbage at uncompetitive markup.

Any “real” salesperson would be good enough or have the right temperament to work selling products to perhaps millions of strangers at a real company with things like benefits and retirement accounts. Instead of to dozens of people you know and whose relationships you already value.

MLMs cater to people who aren’t comfortable being a pushy ass (sorry salesfolk but there is definitely a personality type) and who don’t want accept the risk of being a real entrepreneur. So they sell a fake entrepreneurship-in-a-box kit that’s really just a trap that takes advantage of pride, desperation and greed.

Think of all the time, effort and police cars the Blues Brothers could have saved…

I’m gonna have to stop you right there…

Yikes. This seems to explain why one of our Mormon engineers (at my previous place of employment) worked part-time in an Amway “call center” while attending uni. I never imagined any possible connection.

It’s not so much that these folks aren’t pushy salespeople (thanks Karen I really don’t need more essential oil) it’s just that no mainstream company will hire you to do sales while spending most of your time raising your kids. Mothers are severely penalized for having responsibility to something that’s outside their job.
MLMs are mostly a reflection on the dire state of childcare.

MLM and Pyramid is a nightmare in Japan where relationships are everything. But Hong Kong people, where making money is everything seem to be far more immune. Amway was pretty big when I lived there but most people signed up just to buy products. My secretary, who had relatives in the States was a member and when I told her it was a scam she smiled and said, all her friends had joined but it was like Cosco – you had to be a member to buy there. No one sells anything, you just go to the Amway store. After I got home, I told the story to my wife, a typical practical and pragmatic Hakka lady who laughed, and said Hong Kong people aren’t as gullible as Americans

There’s a difference between theoretically possible vs. actually happening.

Given that NONE of the major MLMs in the US can prove they actually retail (with POSSIBLE exception of Amway, and even then, it’s unlikely), most MLMs in the US actually operate as “product-based pyramid schemes”.

However, 1) is almost never enforced, and if so, it consists of corporate randomly calling up members and ask them “did you sell to ten or more retail people this month?” If they said yes, voila, done. It’s NEVER audited.

I believe FTC actually revealed that Herbalife only call up a few hundred of their 60000 distributors a month, and even then they are like MONTHS behind.

And 2 is almost never enforced either. 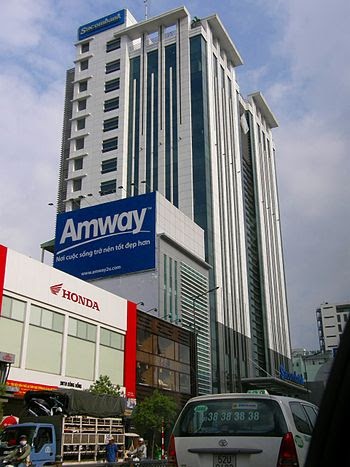 It’s even worse when a school principal recommended doTerra when she’s also a doTerra seller. She was only stopped when a parent threatened to sue the school for asthma risks as the principal wanted to put diffusers in all the classrooms.

Did a New Zealand primary school principal sold DoTerra to her own school and...

An interesting bit of news passed my desk this morning: Parent threatens to sue primary school if essential oil diffusers are not removed . ...

Well, all their „training material“ aims to turn regular people into pushy asses, and that’s just the beginning. Their „personality development“ „tools“ (I have to use a lot of quotation marks since all of it is such BS lingo) aim for you to completely stop any self critical thinking and self reflection and start putting other people into convenient personality pigeon holes.

I basically lost my family to an MLM. I have shut off contact with them by now for various reasons and I blame most of it on their Amway and Network Twentyone brainwashing which combined with their natural personality traits brought out the worst in them in very insidious ways. I would say that we were a moderately well adjusted and happy family before.