For an English composition class, I wrote a paper about a Borges short story that didn’t actually exist. The non-existent story’s plot was mostly a combination of “The Library of Babel” and “The Aleph” in which Borges discovers a book which not only contains all possible texts, but also all possible critical interpretations and readings of these texts. He finds the section of the book dedicated to his own work, and becomes so obsessed with the various interpretations of it, some of which go so far as to say that he didn’t even write his work and may not even exist, that he develops complete writer’s block, and ever since he has had no choice but to copy his works, including this confession itself, directly from the book.

I laid it on thick enough that I should think the professor realized I was bullshitting even without doing any looking into the facts, but I wonder if it occurred to him that my paper was very arguably an attack on the assignment and the class itself.

sorry, this is not very good. There is so much square footage for so few books, no historical or traditional architecture would ever use space so inefficiently. The material and labor cost to build space was too high - space like this was only lavished on god, not books.

A thought-provoking article and graphic, Cory.

In occult/metaphysical/esoteric studies, the idea of such a place is called the Akasha or the Akashic Records - https://en.wikipedia.org/wiki/Akashic_records . The Akasha is literally where everything that has occurred, is occurring, or will occur is documented. It is the place of all life experiences and may be accessed through various practices.

The Akasha was beautifully presented in, “What Dreams May Come”, which starred Robin Williams.

There is so much square footage for so few books, no historical or traditional architecture would ever use space so inefficiently.

When you have infinite space, efficiency ceases to matter. Look at the universe. Lots of wasted space, but so what? Omnis mundi creatura quasi liber et pictura nobis est in speculum*, just so long as we have enough photons.

*yes I know Eco quotes this rather than Borges.

This is built space, not empty space. It has a cost, and it would never be wasted in this way.

Anybody can pick up Sketchup - its easy to work with. But architects are trained in design for years for a reason. This interpretation is just poorly done, without any discipline that comes from the experience of designing for real needs. As a result the design looks inauthentic and amateur. Sorry.

In my mind it has always been glossy Art Deco with baroque details. And because it is infinite, rooms vary with the books in them. Because we went with Borges I imagined that area to to reflect him. Contradictory and beautiful.

He is my favorite author of all time. A compilation of all his works, in Spanish and English translation, is my desert island book.

When I was sick with dengue fever, I read and re read his Fictions. I was not the same person when I got well, and I am grateful for that.

So - we can now be sure there are no biology books in the Library of Babel.

For a short time, I had to be the subject bibliographer at an Association of Research Libraries (ARL) library (the biggest dogs on the block in US and Canada) for the Biochemistry and Molecular Biology Department when that librarian retired. Sure, I had to go look up “biochemistry” and “molecular biology” in the dictionary, but I managed to buy all sorts of books and journals related to their field. Being a librarian doesn’t mean we know shit about shit – we just know how to find said shit when push comes to shove.

When I was sick with dengue fever, I read and re read his Fictions. I was not the same person when I got well, and I am grateful for that.

Well, since a fever played an important part in his creative evolution, that seems completely appropriate.

Being a librarian doesn’t mean we know shit about shit – we just know how to find said shit when push comes to shove.

I was intending no general criticism of librarians, far from it, they have been of immense help to me in the past. I was responding to the post that answered my question about where the librarians in Borges’ story come from - which described them as “hatching” from a qualification set. I was hinting at Borges’ lack of interest in providing comfortable places for a man librarian and a lady librarian who love one another to have a special hug, or indeed any provision for babies at all.

Many of us were hatched as failed English and History majors.

— Well I am a failed (not literally, I did well enough to graduate, but not to go to grad school) science major, so I work in a small technical library.

I was thinking in terms of linear feet of shelving per square foot of floor area.

Being a librarian doesn’t mean we know shit about shit – we just know how to find said shit when push comes to shove.

“A foolish consistency is the hobgoblin of small minds.” --I have no problem admitting that my mind is small compared to the amount of human knowledge that I am expected to be able to retrieve. I’m not a cataloger, but I really do appreciate those who do original cataloging. Many of the stereotypes that people have about librarians are the stereotypes that librarians have about cataloging specialists… 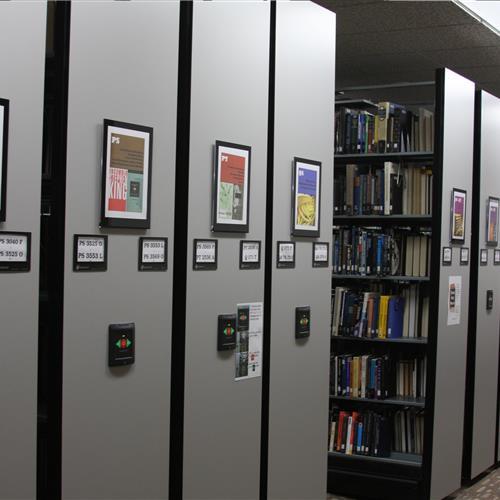 Expanded to a ridiculous height and to several long rows? 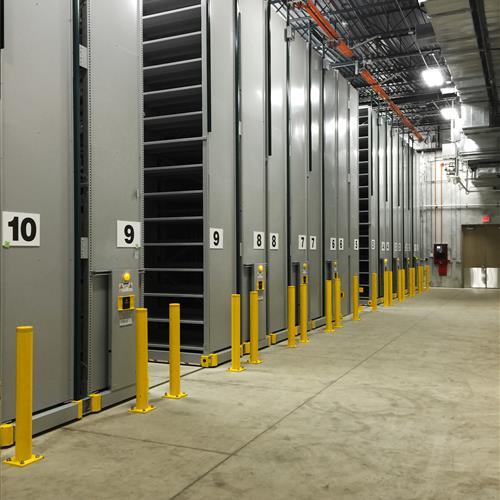 The big difficulty with moveable shelves for infrequently accessed material is that they are so heavy that you need sturdier than usual floors.