If its stuff, its not nothing. Conceptually speaking.

Go ahead and get lost in metaphors if you wish. The point is - get rid of trump, gain a legislative and executive path to effective gun control. Or piss around with it now trying to convince conscious-less republicans that they really ought to care about this.

You belief that it would come back similar to share of sales is incorrect.

Damn you for making me look this up to see that nope, it was spot on correct: 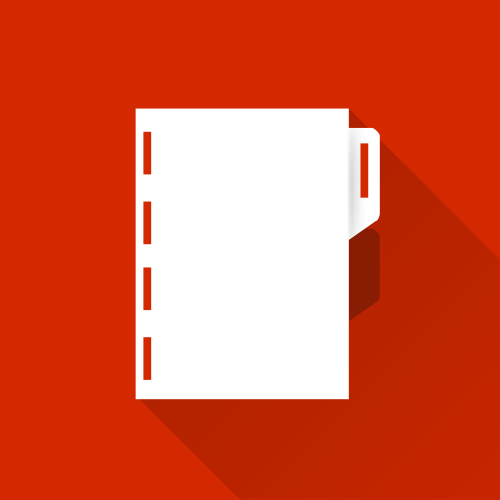 Topic: Firearms in the U.S.

Discover all statistics and data on Firearms in the U.S. now on statista.com!

MORE IMPORTANTLY, you are focusing on the wrong thing. It doesn’t even matter what percent of dealers/manufactures guns trace back too if you have a sand on a screen door situation. Even if the previous assertion wasn’t correct, it is still essentially meaningless information. The equivalent of thinking that cracking down on one street corner level dealer is going to end a drug epidemic, only useful as a place to misguide focus to maintain business as usual.

I don’t have the reports on me…a few of the big box and sporting goods shops…but a few smaller shops.

convenience and location respectively. no magic trouble area to patch or scapegoat. that is the broken system functioning perfectly. when the next easiest or next closest place is just a hairs breath away, it really doesn’t matter. like i said finger in the dike distraction. nothing meaningful in that data other than the obviously glaring larger problems we need to focus on and fix with gun regulations.

Lots of other countries have paved the way with successful models. We don’t have to remain the outlier out of ignorance forever.

One would assume, right? It seems like the sort of thing that would happen, but it doesn’t seem to play out that way. I asked the director of our city’s Gang Reduction Strategy office, as well as a regular police officer. The GRS guy says he’s uncertain but suspects they do, but that I should ask the police. The regular officer says they usually trace the gun through the ATF’s database, but the trail typically goes cold after the initial purchase, as used firearms change hands so frequently. They do not typically ask the suspect, for whatever reason. I think I’m going to ask the DA if their office does anything like that.

Earlier I mentioned a Pennsylvania study. I tracked it down, if you’re interested. It was conducted by an epidemiologist at the Graduate School of Medicine at U Pitt.:
https://www.socialmedicine.info/index.php/socialmedicine/article/view/852/1649

In my memory I conflated that with an ATF report mentioned in the same context. But I agree with your questions about how the ATF is crunching the numbers (maybe 60% of all firearms purchases come from 1% of dealers, as you suggest). The ATF doesn’t seem to address those numbers in the report, but they do seem convinced that straw purchasers are responsible for a lot of the firearms finding their way to criminals. Also, the report was from 2000, and a LOT has changed in the landscape of firearms dealers since then.

Lots of other countries have paved the way with successful models. We don’t have to remain the outlier out of ignorance forever.

If you think I’m arguing that our system isn’t fundamentally broken, you are deeply mistaken. My argument, carrying forward your drug war analogy is that some shops are more akin to the violent neighborhood kingpin, sure taking them out will mean essentially nothing on a macro scale, but it can make a huge difference in an area. Chuck’s and similar shops aren’t more convenient than other shops with less than 10% as many guns recovered at crime scenes. And while someone can easily jump 1 shop down the line, not every shop will look the other way at obvious straw buyers and disrupting the easiest purchases matters. Because as much as I want a grand comprehensive gun solution, I don’t think we politically have that in the cards in the short term. I think we can manage the political will to close down the worst x% of offenders. Here’s one of the Chicago reports. It isn’t the one I was thinking of, but it is the same general material. https://www.scribd.com/document/362914924/Chicago-Gun-Trace-Report-2017

Most gun owners are responsible and law abiding, until, one day, they aren’t.

that is the opposite of what i’m saying. i used that example precisely because it was a proven fallacy and a red herring from the war on drugs and used to prop up racist policing policies and class discrimination. Incredibly damaging to so many communities and so misguided, we can do better with guns than our early mistakes with drugs.

again, my main problem with these talking points are they:

Because as much as I want a grand comprehensive gun solution, I don’t think

that data shows exactly what i’m asserting. yes chucks was merely place of convenience for the straw buyers, that’s all they were in the sea of dots, unless regulations change. one pox isn’t the sickness, and scratching it won’t help.

The data you posted doesn’t link through to anything regarding why certain outlets were chosen. It just shows general patterns on ownership nationally. When a store is turning up at rates double what any other store in the data does and ten times what other stores in its immediate vicinity does, then yes it is reasonable to assume that actual substantive difference would be made by pulling their license. For another analogy consider food processing. US standards are lax broadly, but we know that some producers are particularly egregious. Clamping down on the most outrageous offenders isn’t enough to fix the system, but it stops the additional harm they do. That’s exactly why there has been a huge push for clear tracking. As far as the idea that taking steps props up the broken system, I’ve generally found that not to be the case. When a society starts taking steps to solve a problem they tend to be willing to actually take steps to solve it more broadly.

When a store is turning up at rates double what any other store in the data does and ten times what other stores in its immediate vicinity does, then yes it is reasonable to assume that actual substantive difference would be made by pulling their license.

no. no it does not. that is making the false assumptions:

even worse it is specifically part of a pro-gun anti-regulation set of racist talking points designed to selectively police certain neighborhoods and people over others, and shift the focus and the conversation away from meaningful national gun regulation reform. i already pointed that out specifically and you still doubled back to it. we really don’t need to repeat the worst mistakes made in the war on drugs and fall into the same traps blindly.

US standards are lax broadly, but we know that some producers are particularly egregious. Clamping down on the most outrageous offenders isn’t enough to fix the system, but it stops the additional harm they do.

confusing resellers and producers isn’t helping the illusion that this is in any way a remotely valid argument. it isn’t. we know where the big holes are and only regulatory changes can close them.

this thread is about the fact that most illegal guns cross state lines, not selectively targeting certain neighborhoods in chicago or getting unwittingly caught up in the internal war between the usa gun manufacturers trying to manipulate their political clout against each other for their own benefit. lets not be their puppet here on this board, lets not fall trap to their talking points, we can do better. that’s my point.

@Tim_Carpenter wrote: “Gun laws are very effective at achieving their intended goals in the state of Hawaii for some strange reason.”

Gun Crimes Are Rising In Hawaii, But Still Below Historic Levels
Violent crimes involving firearms have risen 24 percent in the last four years. Many of the guns, prosecutors say, were stolen.

Gun Crimes Are Rising In Hawaii, But Still Below Historic Levels

Violent crimes involving firearms have risen 24 percent in the last four years. Many of the guns, prosecutors say, were stolen.

That’s a good article. It points out that there isn’t a gun-based crime wave going on in Hawaii, gun crimes are in fact down from historical highs, the extremely strict gun ownership laws are being properly maintained, and yet despite all that pesky regulation, legal gun ownership has more than tripled.

Hawaii is definitely a lesson in how to do it better.

Perrone and others say a rise in legal gun ownership has nothing to do with crime trends here because the background check is so extensive.”

That’s quite a logical leap on the part of Perrone, and betrays a somewhat Pollyannish take on American gun culture.

unlike guns, killing people isn’t their designed purpose, it is an unfortunate occurrence of something going wrong.

even so that potential is why they are highly regulated and have to be actively licensed and registered and only operated by people who have passed tests and checks and also have a license in good standing. even still most places require additional insurances be carried to help cover expenses and damages. we require additional special licenses for operating any special class of vehicle. we do everything we can to mitigate their impact, like limit speed, requiring airbags and seatbelts, restrict operating under any influence, restricting to those that pass vision tests, the ability to own one can be revoked, etc. etc.

the costs are high, but we only bear them because of the incredible utility of motorized vehicles, otherwise they’d be outlawed. even so we constantly look for better safer alternatives. guns offer no such crucial utility. also the danger level comparison is a fallacy, cars aren’t nearly as deadly. if people used guns as frequently and commonly as cars, in all the same places…ffs.

Just imagine an “Interstate” shooting range, with hundreds of thousands of people shooting an average of 45 minutes per day, 5 days a week, in the same place…

that’d be chaos…it’s holster to holster downtown for several hours every day during rushshooting!

We’ve got a Colt 1911 jammed on the shoulder of I-45 backing things up all the way to the river, and you might want to steer clear of State Range 12 Gauge, as a newby with a Mossberg is slowing things down showing off the engravings.

@Ryuthrowsstuff wrote: “You’d figure something with such obvious interstate commerce issues would require federal oversight. Like the constitution says.”

Quote the provision of the U.S. Constitution that actually authorizes the government to “regulate” arms and their ownership, Ryut.

This should help you with that:

The Constitution of the United States, The Bill of Rights & All Amendments

Constitution of the United States - We the People

A highly accessible, easy to use online version of the U. S. Constitution with the full text including the Bill of Rights and the rest of the Amendments includes both sequential and subject indexes.

Quote the provision of the U.S. Constitution that actually authorizes the government to “regulate” arms and their ownership

How about the part where it says “a well regulated militia” ? This implies oversight and regulations by some organization. “Militia” implies a governmental agency / organization that has the authority to pass rules and regulations.
Seems pretty clear to me. but IANAL.

It is incredible to me that these communities are scapegoated over and over as in service of seperating “bad” gun owners from the “good” ones.