This isn’t redundant. People can make zipguns out of just about any tube, but ammunition requires a bit more specialized equipment/resources.

This law would make it harder for felons to make “cop traps” out of shotgun shells and mousetraps.

Not sure how prevalent zip guns and booby traps are in the US, but I see your point.

The problem is that it won’t actually stop anything other than tack on more time if you get caught. When you go to a Walmart in Michigan and buy a box of bullets, all they will do is check if you are over 21. There is no background check or license needed to buy ammo. So while I don’t have a problem with the law, it does nothing. The number of felons re-arrested for just ammo possession is going to be small.

And none of these would have stopped Sandy Hook, perpetrated by a crazy kid who was completely enabled and pacified by his mother.

Maybe, but it still looks at odds with the narrative that the history of gun rights has only been about more and more restrictions with no compromises. Apparently, the cake is a lie.

A reasonable fear, except that a lot of ordinary people actually do care about the extreme proliferation and ease of access to guns.

I keep telling people gun rights aren’t actually being targeted in this country. The supposed “experts”, the people who love guns, keep telling me otherwise. Hello! What was the last law Obama signed targeting gun rights? Forget rhetoric for a second. Why does everyone wants to be a victim, except for actual victims?

when what you want is so strongly opposed by enough people.

There’s a pretty small chance that someone will try to assault or rape you, but if it happens, and you have a gun, you may be able to stop it. . . . it makes sense to me that lots of folks have guns for self-defense.

This isn’t redundant. People can make zipguns out of just about any tube, but ammunition requires a bit more specialized equipment/resources.

This law would make it harder for felons to make “cop traps” out of shotgun shells and mousetraps.

Why do people always bring up ridiculous situations like these (see also: anything about machine guns)? How many crimes are committed with “zip guns” or “cop traps”? Almost none? Even the much-loved/reviled AR-15 assault rifle is not really used in all that many crimes (because, I’d wager, it’s a rifle and hard to carry around unnoticed). What weapons are used in most gun crimes? Illegally owned (stolen and straw purchased) handguns.

And here we are, arguing about “cop traps” and assault rifles.

Depends on your state. Montana has gone hog wild in one direction, and New York in another. I have said that with the proliferation of CCW laws, which is rather recent, that the expansion of pro-gun laws has increased in some areas - which has yet to cause Armageddon.

As for the cake thing, those compromises or restrictions are still in effect for the most part. Getting a slice back doesn’t mean the cake is anywhere near whole.

The chance that a particular gun owner is going to be the victim of theft, domestic violence, or a fatal accident varies wildly from person to person. There are national statistics available on some of these things (and they tend to be contested), but an average across hundreds of millions of people doesn’t necessarily say much about my personal risk (or yours) when owning a gun.

For instance, if you go look for stories about children injured or killed in firearms accidents, you can find some very, very sad stories that invariably involve people acting like complete idiots with guns. I remember reading one where a man was supposed to be baby-sitting three children. He brought his gun with him because he thought the children’s home was in a dangerous neighborhood. He left his loaded gun on the kitchen table and fell asleep, and the children decided to play with it, and one of them was shot. On the other hand, you know what I’ve never seen in a news article? A report of child removing an unloaded gun from a locked safe and injuring someone with it.

So, when you’re thinking about whether or not you want to own a gun, it’s reasonable to think about whether you’re the type of person who leaves loaded guns with unattended children, or whether you’re the type of person who stores them safely locked away from kids. This might affect your accident (not to mention, theft) risk. Following that, telling a gun owner about their risk of accidents may not have the impact you think it will, because they think (whether or not it’s true) that their own risk of accidents is much lower than the statistics you’ll quote.

There’s so much hyperbole on both sides of this argument that everybody’s view of what’s going on seems almost entirely divorced from reality.

The cake is such mind boggling intellectual dishonesty it’s more than just a lie, it’s a Big Lie.

The color use is wrong, though in reading the whole article it is clear what is what. There is another flaw in that it appears to count laws by the bill passed. A bill might have 1 or hundreds of individual points where it is tallied as 1 “law”. Connecticut pass 1 law in PA 13-3 that is 138 pages, with 99 pages related to gun control.

The other flaw is calling it a “easing” of gun control when many descriptions in the info graphic are to protect peoples privacy. This I would agree with as was shown in the release of carry permit holders names in NY earlier this year that it hurt public safety by revealing names of people who were being stalked or were hiding from people that were out to harm them with violence. Also it appeared that the list became a theft list for gun theft. The requirements in most states appear to be very fair in screening for people who are responsible and have reason to get a permit.

There’s a pretty small chance that someone will try to assault or rape you, but if it happens, and you have a gun, you may be able to stop it.

There’s a pretty small chance of a lot of things. That’s why I look like this when I leave the house:

Thinkpol have been notified. Please prepare for transfer to miniluv facilities.

Even the much-loved/reviled AR-15 assault rifle is not really used in all that many crimes (because, I’d wager, it’s a rifle and hard to carry around unnoticed).

This stuff is real:

A photo of a booby trap made from a shotgun shell and a mousetrap found in #SouthElMonte homeless camp: http://t.co/YUo6DOJiYM 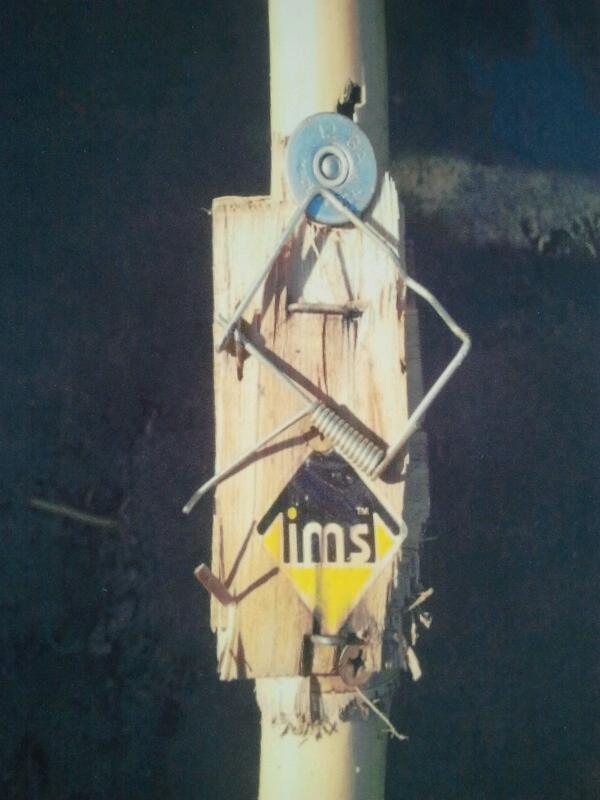 One of the problems is the lack of hard data on gun use to prevent and stop crimes. They do track justified homicides, but not instances where the criminal was only wounded, and they don’t track, nor are they often reported, the number of times brandishing a firearm has stopped a crime. You can find anecdotal examples on youtube with robberies gone wrong. But there are reasons to believe that number is quite high.

Having already survived one gang-motivated home invasion while being forced by my financial circumstances to live in a bad neighborhood, I’ll try to remember that thinking collectively is a better defense against the decades-old deeply entrenched gang presence in my neighborhood than pointing a gun at the people forcing their way into my home. That sounds like it’ll work out really well for me.

Because somewhere someone has done a dangerous thing once does not mean it is widespread and worthy of lots of time and consideration.