Could be, but probably not. What ET life that’s using stellar-scale tech would be like “Oh yeah, let’s just announce our presence to the whole galaxy with these weird unshielded bursts”?

Or it could be angels playing soul checkers. Or the spirits of our ancestors eternally searching for the clicker

Yeah, I love a good “maybe aliens” story as much as the next person (I’m still rooting for Tabby’s Star to be a Dyson sphere, dangit), but 3 billion light years is a long-ass way to be blasting an intentional radio signal.

I am reminded of Robert Silverberg’s excellent novel Tower of Glass (1970):

It was the message from the stars.

Vargas’ observatory had picked it up first as a series of faint radio pulses at 900 megacycles; two quick beats, a pause, four beats, a pause, one beat, and so on. The pattern was repeated a thousand times over a span of two days, then halted. A month later it showed up at 1421 megacycles, the 21-centimeter hydrogen frequency, for another thousand turns. A month after that it came in both at half and at double that frequency, a thousand of each. Still later, Vargas was able to detect it optically, riding in on an intense laser beam at a 5000-angstrom wavelength. The pattern was always the same, clusters of brief bursts of information: 2 … 4 … 1 … 2 … 5 … 1 … 3 … 1. Each subcomponent of the series was separated from the next by an appreciable gap, and there was a much larger gap between each repetition of the entire group of pulse-clusters.

Surely it was some message. To Krug, the sequence 2-4-1-2-5-1-3-1 had become a sacred number, the opening symbols of a new kabbalah. Not only was the pattern emblazoned on his wall, but the touch of his finger would send the sound of the alien signal whispering through the room in any of several audible frequencies, and the sculpture beside his desk was primed to emit the sequence in brilliant flashes of coherent light.

The signal obsessed him. His universe now revolved about the quest to make reply. At night he stood beneath the stars, dizzied by the cascade of light, and looked to the galaxies, thinking, I am Krug, I am Krug, here I wait, speak to me again! He admitted no possibility that the signal from the stars might be other than a consciously directed communication. He had turned all of his considerable assets to the task of answering.

—But isn’t there any chance that the “message” might be some natural phenomenon?

None. The persistence with which it arrived in such a variety of media indicates a guiding consciousness behind it. Someone is trying to tell us something.

—What significance do those numbers have? Are they some kind of galactic pi?

We see no obvious mathematical relevance. They do not form any apparent intelligible arithmetical progression. Cryptographers have supplied us with at least fifty equally ingenious suggestions, which makes all fifty equally suspect. We think that the numbers were chosen entirely at random.

—What good is a message that doesn’t have any comprehensible content?

The message is its own content: a yodel across the galaxies. It tells us, Look, we are here, we know how to transmit, we are capable of rational thinking, we seek contact with you!

Not just that, it doesn’t do us a whole lot of good discovering intelligent life 3 Billion years away.

What ET life that’s using stellar-scale tech would be like “Oh yeah, let’s just announce our presence to the whole galaxy with these weird unshielded bursts”?

What if, like, the aliens are actually COMPRISED of weird unshielded radio bursts, and they just came by Earth for a visit?

There was an old scifi novel with something similar a long, long time ago called…“warpath”? I think? I just recall the cover being a wooden canoe laden with missiles. It was surprisingly good.

In it, the protagonist/narrator was the reconstituted radio wave of a man from the 21st century who had been converted into the signal and sent to the stars, only to be reborn on a human colony hundreds of years later.

A (sort of) related story: 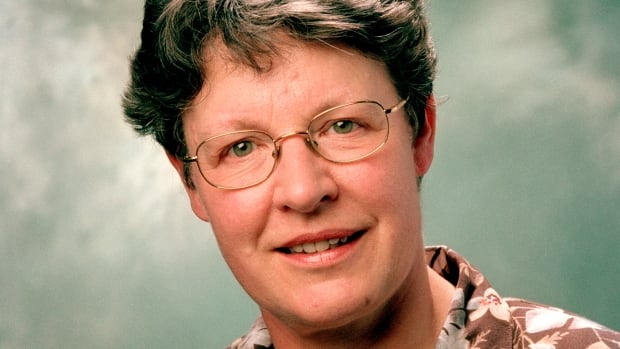 He got the Nobel. She got nothing. Now she's won a huge prize and she's giving...

Decades ago, when Jocelyn Bell Burnell was a post-graduate student at Cambridge, she was the first to observe pulsars. But in 1974, when a Nobel Prize was awarded for that discovery, only her male colleagues were honoured.

Perhaps there is something they’re not telling us…

This Is How It Starts: FBI Suspiciously Locks Down, Evacuates Solar Observatory...

This is how it happens when extraterrestrials make contact with Earth.

Three billion light years is a long distance for a signal to travel, and the inverse square law says that the pulse source must be an emitter about as big as a galaxy to be detected on Earth as single-shot events. Sure, it could be something built by an alien civilization. But it’s not likely.

Seems that looking for similar pulses from an entity closer than 3 billion light years away would be more practical than trying to unravel this interesting yet very weak signal.

Depends on what’s in the message. It could be a recipe for out-of-this-world egg salad.

Heck, I needed one of those just to get a decent wi-fi signal in my bedroom.

Well, their technology wasn’t as evolved 3 billion years ago.

Now, (UC Berkeley doctoral student Gerry) Zhang and collaborators have developed a new machine learning algorithm, and reanalyzed the 2017 GBT dataset, finding an additional 72 bursts that were not detected originally…

Additional FRB research may provide clues about whether or not they are signatures of extraterrestrial technology.

I’m not going to get excited until they rule out the Hot Pocket Wavelength.

Perytons are from Earth, Fast Radio Bursts are from way beyond Venus

Identifying the source of perytons at the Parkes radio telescope

"Perytons" are millisecond-duration transients of terrestrial origin, whose frequency-swept emission mimics the dispersion of an astrophysical pulse that has propagated through tenuous cold plasma. In fact, their similarity to FRB 010724 had...

What this hasn’t been posted yet?

Just the sort of thing you’d want for a very long range space-based RADAR. Like if you bounce RADAR off objects 100M km away for example, that’d need a pretty narrow and powerful signal. The burst is in C-Band as well, which is one we also use for RADAR (because of its properties)