This, this, is what all those tiny food things need to be shot on. 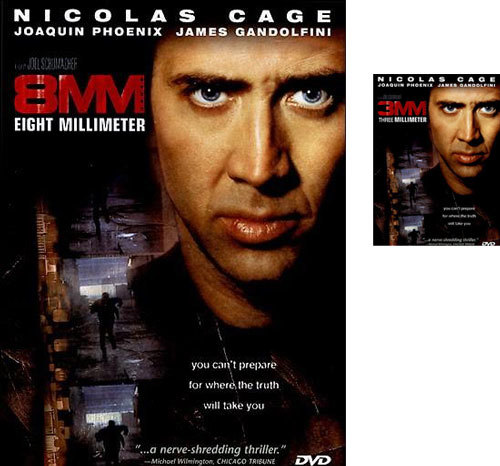 Makes no sense. But it is very cute.

Most of that extra was for soundtrack.

He mentions the AMIA conference. AMIA is the Association of Moving Image Archivists, people dedicated to preserving our legacy of motion pictures. They do good work.

8mm is a bit worse than that. It is hard to do an exact conversion because it does not have distinct pixels, but it is much like SD, particularly in the blue channel.

The 3mm format used images 2.25 mm square, where the Standard 8 frame was 4.5x3.3mm so it was exactly half width. But it used black an white film, so the resolution is not limited by the dye cloud size of the colour processing (about 20 microns), so you could easily get double the resolution or more on a slow black and white film stock. If this was to be used in space or near space, there is plenty of light, so this would not be a problem.

It would be nice to see some footage.

Unlike the guy who shot that clip, I bet the tiny camera could at least focus.

Although today’s 3mm film was actually considered more like an 8mm gauge in the 1960s.

The hardest part was getting the carrier pigeons into those tiny pressure suits.

The real question is where they found the tiny people to fake the moon landing.