My favorite time opera (now that I know the term) would be Robert Heinlein’sThe Door Into Summer, with its very clever plot and a cat named Petronius, who lives with the narrator in a house with four doors. In winter Petronious imagines that if he asks to go out each of the doors, one of them will lead into summer.

This source describes the Hyperion Cantos as time opera-- though, only a few characters (notably the villain) really move through time.

Welcome to the fourth edition of The Encyclopedia of Science Fiction.

So, they ain’t over until the Fat Time Lady Sings?

I’m a fan of the Opera Opera genre.

So Kage Baker’s Company stories would be somewhere on the Time Opera - Robot Opera spectrum?

Well it made it into the dictionary but i have never read or heard the term used. And I used to read that magazine. Guess it just never caught on.

One of the later cites

led me to this review:

What Asher manages to do in ‘Cowl’ is take all the stylistic elements he used to make space opera so enjoyable and re-combine them in a tale of time travel that can only be called a Time Opera. ‘Cowl’ is nothing like any time travel novel I’ve ever read. Clashing factions of the far future vie for superiority through myriad branches of time and probability. High-tech firefights with nasty monsters and incredibly destructive weapons leap off the pages. Asher evokes the wonder and action of space opera in an entirely new milieu.

At the center of the novel is ‘Cowl’, a genetically engineered Frankenstein’s monster. He’s managed to shift himself back in time to avoid his creators, who are terrified at the potential in their own creation. He’s gathering samples from throughout time by sending pieces of an organic time machine, the torbeast, into the future, where they attach themselves to victims. These victims are now able to travel in time – but only in one direction, back, towards an ungentle fate at the hands of Cowl.

A space opera is a novel of scale–things can happen at many places at once, and plots take time to mature. (Battle fleets take time to build, particularly in utmost secrecy) Most often there’s a sort of FTL going on, so interplanetary and galactic empires are possible. Often these books transplant the old tropes of 19th century monarchism and colonialism into the “future”.

A time opera sticks time travel into the mix; either the impossible kind, or the relativistic kind.

There are many old science fiction tropes that seem crude to us today-- too many dei ex machina; what matters is whether the SF authors of today can sift through those old devices and can come up with something new. The newer cites can lead us to those reinventions. 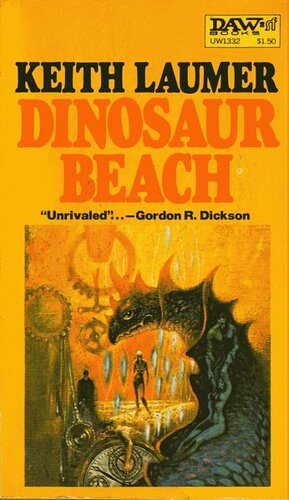 just read the back cover

Appearing from the remote future, Nexx Central agent Ravel is emplaced in America, circa 1936. His mission: to undo successive tamperings of the time stream which threaten the survival of Mankind. He falls in love with a lovely, simple girl, Lisa, but in the midst of his happiness is called away to Dinosaur Beach.
Dinosaur Beach is a Nexx Central station located millions of years in the past, in the Jurassic Age. But shortly after Ravel’s arrival, the station is attacked and destroyed, and Ravel begins a terrifying odyssey through time.
For the attackers were another time-tampering team from still a different future era. And Ravel himself is not only in growing danger but the human world as we know it…

For magazines I used to only get print editions but that was back before Harvard Square closed its two best magazine stores. I get most of my Sci-Fi and Fantasy from baen.com now.