New study reveals what we all know: YouTube's recommendation algorithms are terrible 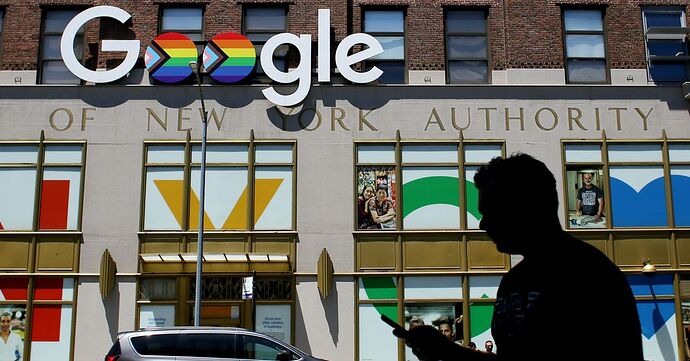 A new Supreme Court case could literally break the internet

Gonzalez v. Google is a high-stakes case about what we actually see when we go online.

You don’t give the lab rats control over whatever experiment they’re being used for. You just keep feeding them pellets as long as they give you the results you need. Radicalisation = engagement for a large segment of their (and Facebook’s, and Twitter’s, etc.) audience.

I’m old enough to remember when the youtube algorithm was like browsing a library shelf, suggested videos were either related to the video I was watching or very intestinally paralel. Like a woodworking video might (3-4 videos down the line) show me something about gold panning. Now it wants to show me all the videos I’ve watched before with the occasional pop song.

There’s so much that is opaque.

Like, I enjoy watching fakery debunking videos from Captain Disillusion, chemistry tomfoolery from NileRed, with a smattering of Penn and Teller. That combination ends up with a recommendation to thunderf00t, who, in addition to some interesting science content, has also published some rather hateful misogynist garbage, and from there, the algorithm jumps to MGTOW extremism. Dead end.

Or I enjoy watching videos about international spy craft and numbers stations, as well as Siberian throat singing, and then the algorithm starts sending me Russian propaganda, then it jumps to Jordan Peterson, and then to MGTOW extremism again. Dead end.

Then we find out today that the dipshit new leader of Canada’s Conservative Party, Pierre Poilievre, has been hidden-tagging videos on his YouTube channel as MGTOW for years… meaning that he’s courting extremists to his political party and also guaranteeing that the boring-ass boomers that watch his videos will now be recommended an ever more radical algorithmic blend. Conservatives call off probe into misogynistic tags on Poilievre’s YouTube channel - National | Globalnews.ca

The thing that nobody seems to acknowledge is that the algo is a machine learning system that is driven only by data and optimizes exclusively for watch time (read: revenue)

Even Google doesn’t know how it works. They feed it video data and it feeds them money back.

Do I know how yeast works? I just feed it sugar and it feeds me alcohol and co2 back.

It routinely recommends me videos i’ve already watched, i find it most obnoxious. I already saw it 10 minutes ago, why are you recommending it to me?

I have found that if you subscribe to enough channels, YouTube pretty much just recommends videos from those channels. Or, at least, I have to scroll down quite a bit before I start seeing recommendations from other channels.

I think the originalists in the court are going to have some trouble figuring out what George Washington thinks about recommendation engines.

I spent 2 months telling it not to show me videos i had already watched, and that has managed to get videos down from 50% of my recommendation being already seen to maybe one or 2.

My bigger issues tends to be just getting the same recommendation again and again, if i wanted to watched them i would have clicked on them the 1st time!

I tend to keep the home page open and then right click and watch the video in a new tab, so if i see two or 3 i like on there i dont miss out on them.

I haven’t subscribed to enough then. About once a month it seems to forget who I am and recommends I watch stuff by people who want me and some of the people I subscribed to murdered or tortured.

I’m currently using Freetube and Newpipe to reduce everything down to only getting videos from channels I subscribe to, so I can avoid getting PTSD.

But for as great as their algorithm is for finding content I’m interested in, the increasingly intrusive advertising really makes using it pretty damn miserable. Not only is it relentless, it’s often clunky and poorly integrated. It’s only gotten worse over time.

My problem is that I apparently watch videos from a couple of creators that are also often watched by right wingers and sports fans? I don’t know. It’s weird. Mostly, it only shows me stuff I actually watch, but it’s like every couple of weeks, it starts in with “Are you sure you aren’t into sports? You really should be into sports” and starts recommending a bunch of sports videos. I tell it to not recommend those channels, and it stops for a couple of weeks. The other thing I get I know where it comes from. I like watching videos from one specific channel, Audit the Audit, that does a really good job of breaking down the legal issues involved with police interactions. However, watching videos from that channel will cause YouTube to start recommending the actual First Amendment Auditors channels, and those things are chock full of sovereign citizen nonsense and other people who don’t actually understand the law. And I’m sure if I started watching those, it would be a short trip to right wing radicalization-Tube. Not that I’m worried I could be radicalized in that direction. I’m pretty sure I’m well enough immunized at this point in my life, I just really don’t want that part of the web shoved in my face.

It used to be fun to go down the YouTube rabbit hole but for many months now it’s no fun at all.

I used to get bored and get the urge to listen or watch music from my youth, I could find rare or bootlegged footage of concerts from the 70s or 80s.

It was easy just search for Meatloaf Live and prepare for cool videos. Now the same search returns lots of on topic videos but as soon as you click on a video the related videos seem to be totally random having nothing to do with the original search.

MGTOW a final gateway to manosphere misogyny, just not as well known as incels, MRAs, and PUAs. Then, once you watch enough manosphere videos, it’s a straight shot to fascist videos and yet more engagement and ad revenue. The indifferent algorithm is designed to spot these kinds of paths and push users down them (see also those weird “Elsagate” kids’ videos from a few years back*).

I mainly watch YouTube videos that I either specifically search for or that are recommended to me by humans who I trust. It’s very rare that I’ll click through on a video recommended by YouTube.

[* the outcome of which demonstrates that YouTube can restrain the algorithm’s worst tendencies when it wants to. In this case, they just don’t want to upset so-called conservative legislators who cry “censorship” when fascist videos are de-monetised or downranked.]

Hardly ever occurs to me to look any further than the original video watched. Same concept for news-related websites- after the main content it’s all clickbait. Even if the youtube videos are of interest to me, their thumbnails are so dressed up like, “watch me watch me,” that they just look like ads/bait.

We all spend money on things that may or may not work. Sometimes it’s a real good buy, others times it’s junk. So we tend to be very discriminating on the risk we take when handing money over for a new product. Same goes for time/attention. Any video I decide to watch is an investment of my time. Best results happen through word-of-mouth recommendations.

I have my core YouTube topics and any time I branch out, which is often, I always “open in private window” (and not log in, of course). Recommendations for those topics/channels almost never show up in my logged-in account. Not 100%, but close.

This morning’s stream? Ghost, Ghost, Dead Can Dance, Orville Peck, Tulia, Boy, Serena Ryder, Ghost. All good, but something of a jarring mix for the office. I finally just turned it off and listened to CBC.

I’m very careful about which videos I click on when signed in. If I think a video that I want to watch might nudge the algorithm towards hateful garbage I sign out, watch it, then sign back in. Not ideal but it keeps my feed relatively clean.