Well there are millions of people out here living lives of silent degradation, but I guess we don’t matter because we’re unattractive.

I guess it’s more tragic for them because they bear the additional burdens of being young, perky, and attractive.

And, they can quit at any time…

The instruction to twirl onto the fork with spoonular assistance implies the specification.

Anyway, the real point is that I was trying to express my annoyance at a particular table practice through a little hyperbole and by pretending to be in agreement with a horrible document…

RE: Greenbay
It is hard to sell T&A when there is no visible T&A: 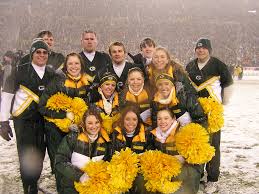 Every time a player is fined for doing something stupid, they could put it into an account dedicated to supporting the cheerleaders. They’d have no problem funding their dancers, and the money wouldn’t be going back into the pockets of the owners.

This is GREAT! I lived in Tuscaloosa all my life and graduated from Alabama I can only imagine the pure unadulterated culture shock that Mr. Fry experienced. What is this clip from?

And I should mention that at least in College sports cheerleaders get pretty great scholarships so it’s not all bad.

Fun fact - my kiddo’s dance teacher went on to be a Chiefs Cheerleader. Dunno how she enjoys it, as I haven’t seen her since…

The series is Steven Fry in America. You can probably find all the episodes on YouTube. It’s quite good! He really does like America, warts and all.

There’s always the fat, drunk, shirtless cheeseheads in the crowd.
Might not be quite the T&A they’re looking for though…

There’s a nasty societal thing that prevails in early school and eventually perpetuates this problem. Look at the booster posters for school kids - boys are in active poses with a football, crouched for the track sprint, or palming a basketball; girls are shown looking far too hot in far too little clothing for children. The boys are being groomed for stellar athletic careers; the girls are being groomed as arm candy, who will, hopefully, get one of the stud athlete guys to “do” her.

Just being sexist and negative and devil’s advocate and everything else wrong in the world, but… How many of these girls end up marrying rich dudes they meet while doing the cheerleading public relations stuff? Methinks there is an angle for some of them that nobody is talking about. One that if I was female and that good looking I would exploit the shit out of. But that’s me.

Real Italians eschew using a spoon where my ancestors came from. Fork against the plate, young man. 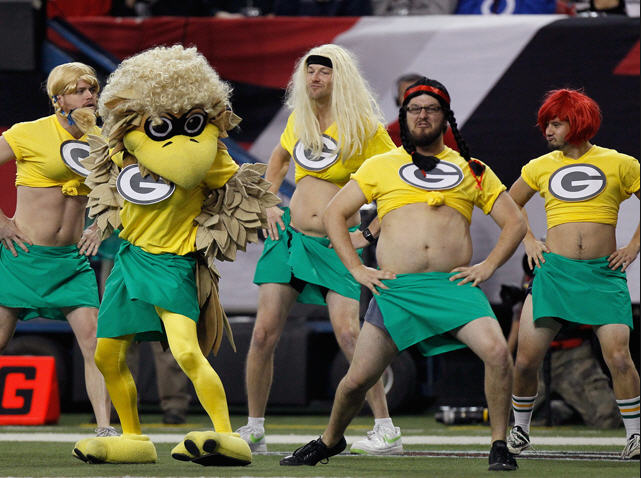 I can’t tell you why people cheerlead, but as a long-time tuba player, I had a helluva lot of fun playing Sousaphone in my high school pep band. It’s a lot of school spirit. We didn’t play for the spectators so much as for ourselves to have a good time playing catchy tunes shittily.

I guess I should consider myself lucky that I failed the tryouts.

Now that I look at that one more carefully, I think that it is the Atlanta Falcons making fun of Green Bay… 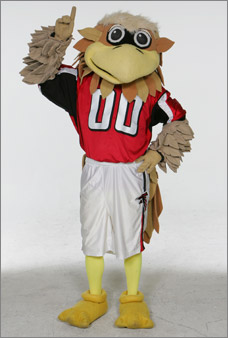 I mentioned it above (enhanced dating and marriage prospects), but also a lot of people don’t live in the real world and so they discount opinions such as ours. Sex and money have always been interrelated, even when it’s not outright prostitution. There are many attractive women that, if you get to know them, will directly tell you that they want to find a rich guy. And they are very very good at it, especially the bright ones.

They’re mostly hoping to break into pro cheerleading where the real money is… wait.

Huh, you just made me have a thought. Interesting.

A typical narrative is that the hero gets discovered, accomplishes something great and then gets the girl. The cheerleaders are the prize, so to speak.

Naturally, I seem to be immune to this as I have accomplished many great things yet females look at me like they just discovered a spider in the shower.