they have clearly been using them while putting people at risk and illegally without warrants, unless they prove otherwise.

It’s time to tear apart these police departments. This bullshit has nothing to do with law and safety. They have become the enemy.

Tune in next week when it’s revealed that the NYPD bombarded the entire city New York with radiation in their misadventures to find a dirty bomb that didn’t exist. Will they find the cure for cancer in time to undo their mistake? Find out in the next episode!

In other news a recent study reveals large numbers of new yorkers have untreated broken bones.

Clearly, she brought it upon herself. If she didn’t want the NYPD invading her privacy like that, she would have worn lead underwear!

Close to 20 years ago now, I attended a lecture by a scientist from Brookhaven National Labs on Raman spectroscopy. Even then, she was talking about a request from the NYPD for a portable unit that could be placed in a van and used around the city. With Raman spectroscopy, you can identity anything within sight lines, even through windows, that matches the spectroscopic pattern you are searching for.

Nowadays, we are close to providing Raman spectroscopy for smart phones. If it hasn’t happened already.

When people demand transparency, this is probably not what they have in mind.

Raman spectroscopy? Great, we’ll finally get to know what’s in the flavor packets for those noodles! (besides salt)

I mean, if they didn’t have something to hide, they wouldn’t be worried about keeping this from the public, right?

This bullshit has nothing to do with law and safety.

They’ve rather painted themselves into a corner. By overzealously engaging in patently illegal activities they now have two options, reveal the details and get their asses handed to them, or duck and cover and hope-against-hope that they can keep hiding the truth.
The latter choice still has potential for ass-handing, but it’s not 100%. Given standard game theory (ironically lately proven to be incomplete and wrong, but we can hardly expect them to know that), which path do you suppose they’ll choose, every time?

I realize that “Because National Security!!!” is a depressingly functional answer to many legitimate objections; but I’m honestly a bit surprised that a police force (NYPD may have delusions of grandeur; but it’s just an atypically large municipal PD) would be able to skate by any regulations on reasonably punchy ionizing radiation sources that arise from medical, industrial, scientific, or other uses well prior to the current mania for ‘national security’.

If the X-rays are produced electrically, not by a sealed source, the NRC might be uninterested; and as long as you provide sufficient assurance that you are not here for anybody’s good health, the FDA might get off your back; but industrial and scientific x-ray gear goes back a long time and has been recognized as a potential occupational hazard, if not necessarily a public one(they usually try to keep bystanders from gawking during weld inspection, after all).

I suspect that the officer in question would accrue approximately 11 zillion ‘not a team player’ points; but one potential line of attack would be for one or more of the x-ray van operators, or attached teams, to start asking pesky questions about the OSHA compliance of being asked to operate ionizing radiation emitters whose power levels, emissions patterns, and safeguards(if any) are a matter of secrecy.

Seems like a situation where a fortuitous visit from the cancer fairy(whether actually linked or not) to the right cop might inspire more movement than years of outside litigation. 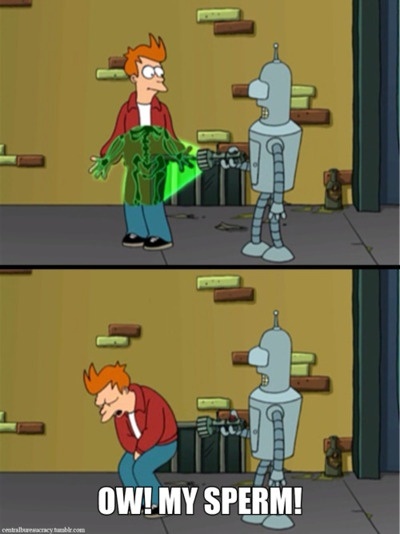 I’m actually wondering if they’ve already tried to weaponise this as an assassination tool. One X-ray scan is no big deal, but a dozen zaps per second maintained for a couple of hours ain’t good for you.

Shouldn’t law enforcement be conducted with relatively low levels of contempt for the law?

It might be slow, but likely harder to trace than polonium