One thing that Boing Boing comments / forums always got right

she goes back to the moderation lesson that Something Awful and earlier forums learned, which is that you can only keep a community healthy by banning bad actors early and often

These Brave Corporations Did What No Social Platforms Could Do, And I’m Weeping

Facebook and Twitter spent so long worrying about moderation, they forgot they could just pound the "ban" button.

Or, as eloquently stated by Anil Dash way back in 2011:

As it turns out, we have a way to prevent gangs of humans from acting like savage packs of animals. In fact, we’ve developed entire disciplines based around this goal over thousands of years. We just ignore most of the lessons that have been learned when we create our communities online. But, by simply learning from disciplines like urban planning, zoning regulations, crowd control, effective and humane policing, and the simple practices it takes to stage an effective public event, we can come up with a set of principles to prevent the overwhelming majority of the worst behaviors on the Internet.

If you run a website, you need to follow these steps. if you don’t, you’re making the web, and the world, a worse place. And it’s your fault. Put another way, take some goddamn responsibility for what you unleash on the world.

Discourse has been a BB partner since 2013 and I have to say, regardless of software, none of this would be possible without the unwavering commitment of BB to actively moderate their platform and remove bad actors.

So I’d like to thank The Powers That Be for having that kind of understanding from the very beginning, way way before we came along, and for empowering moderators to do what needs to be done.

(The recent transparency around mod decisions is also a fantastic evolution of an already very good set of mod policies, and something we’ve started recommending broadly to all communities.)

One of the things I love here is that bad actors don’t last. It’s kind of amusing to go to the General Moderation Topic and see that the banhammer has fallen on someone before I ever even saw one of their posts.

Dang I missed an opportunity to call this the 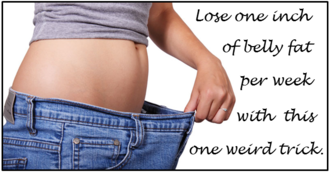 One weird trick, or one weird old tip, or one weird old trick and other variants are a form of clickbait advertising that has been common on the internet since around the late 2000s. The formula used in the advertisements was first applied to weight loss products but has since been extended to cures for problems including hair loss and diabetes. A Federal Trade Commission investigation found that many of the ads sold "trial" packages that were never sent, and in 2011 it filed legal actio

Exactly. I moderate a Reddit forum that spawned when the comments section of an online trade-zine shut down. That comments section shut down because of bad actors. When I spawned the Reddit forum I laid down one rule: Don’t be an asshole. It took two people being public assholes and me banning both of them, within the first two days, and it’s been easy going ever since.

Moderator’s secret; You don’t have “free speech” in a forum. You have a civil community. Abide by the rules, be welcome. Act like a bag of syphilitic monkeys, be removed.

I remember way back when, an earlier version of BoingBoing comments turned into a toxic sludge and had to be shut down (IIRC this was in the aughts). No doubt the Boingers learned their lesson and made sure it never happened again.

You see a lot of theoretical, slippery slope arguments about how “over-moderation will cause the community to fail” … but the ironic thing is that the world is littered with examples of under-moderation causing enormous problems.

I thought the SA Goons took pride in their bad actors.

There is certainly great value in setting an example! And transparency about the process makes it far easier to determi e the kinds of things one aught not do.

Moderator’s secret; You don’t have “free speech” in a forum. You have a civil community. Abide by the rules, be welcome. Act like a bag of syphilitic monkeys, be removed.

The worst of the bad actors tend to be folks who don’t want any speech that doesn’t reflect their views. Sometimes their goal is just to shut down any forum that doesn’t serve as an echo chamber.

I remember way back when, an earlier version of BoingBoing comments turned into a toxic sludge

Many newspaper sites have been flooded with toxic comments from people who signed up after the election. That made me wonder if any considered temporarily turning off the ability to create new accounts until things calmed down.

the ironic thing is that the world is littered with examples of under -moderation causing enormous problems.

Exactly. I was struck by the line in the linked article above about the low percentage of people who read comments on the paper’s web site. The toxicity was what drove people away from reading them or participating. Failing to deal with people who want to ruin things for everyone else plays right into their hands. Glad to see that’s not the case here!

That word, “civility” no longer has the same meaning that it used to. I am struggling to discern the changes… but if you try to use civility as a concept, it’s frequently taken as a troll. Only mods seem to be able to know for sure.

It’s also noteworthy that the toxic actors are a tiny minority, but they spread if you don’t shut them down. You see this all the time in smaller blogs, or traditional newspaper sites who added comments (or it came with their Wordpress install) but have no community management experience. There will be 15 nasty comments on every article, and no others. People see that, and it sets the tone.

People also need to understand the communities they create (and thus are responsible for) that they may not realize. YouTube is the perfect example. I am a professional YouTuber and I moderate my comments heavily. Most don’t, because they don’t consider their video comments to be a community that they are responsible for, so YT is the cesspool that it is.

That said, in defense of other YouTubers, it’s a very difficult thing to moderate. The barrier to entry is zero, the volume is huge, and 99% of comments are drivebys. As such, moderation basically consists of deleting 15 nasty posts per day on every video. However if more big YouTubers did this, it would set a tone of civility that is sorely lacking.

It’s the “Nazi bar” problem that @smulder recently reposted, or one of many variations thereof. Not that i’m comparing youtube commenters to Nazis but YMMV. You set a precedent and you better be prepared for the consequences if you don’t shut that shit down.

Why free-speech platforms all end up moderating content boing

This is the “Nazi bar” story, for people who haven’t seen it before

but if you try to use civility as a concept, it’s frequently taken as a troll. Only mods seem to be able to know for sure.

“Don’t be a dick to people; remember that your individual contributions affect the functioning of the whole.”

Kinda like the advice I give to my kids and my students. I once suggested in an HR meeting that the employee handbook should have one page: “Don’t be a jerk” followed by footnotes. They weren’t amused.

Don’t be a dick to people

Such simple concept; so seemingly difficult feat for so many people…

Online discussions had taught me that my ideas were not me. That if someone took issue with my ideas and thought they were bad, they could be as mean as they wanted, and I couldn’t take it personally.

That was an element of civility that I could understand, and take to heart. I go to some effort to keep my opinions about the character of other people far enough away from my opinions of their arguments.

That distinction has faded somewhat. If my feelings get hurt in an online discussion, it’s no longer as important to figure out if it was me they were attacking, or my ideas. Just whether or not they’re a dick.

Peoblem is, everyone is a dick once in a while. Maybe today it’s me. Maybe once, long ago, it was you. But the ideas themselves don’t change according to who says them, that’s the whole point of the ad hominim attack.

the SA Goons took pride in their bad actors.

Well, it’s complicated since the main SA guy had… problems. And they definitely had certain forum areas where things could get odd. But the general moderation strategies, plus mandatory subscription fee to create an account made it decent. As I recall the SA forums helped pull down some very sketchy content from certain subreddits back in the day.

It’s also noteworthy that the toxic actors are a tiny minority, but they spread if you don’t shut them down.

Yeah, reminds me of this tweet story – so true 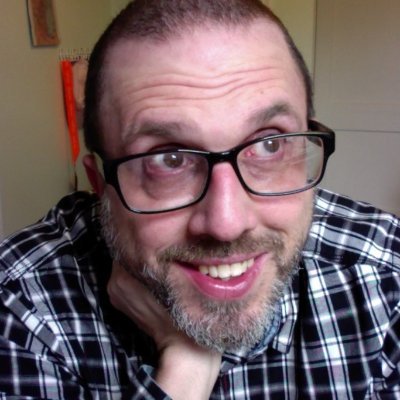 @birdpoems I was at a shitty crustpunk bar once getting an after-work beer. One of those shitholes where the bartenders clearly hate you. So the bartender and I were ignoring one another when someone sits next to me and he immediately says, "no. get out."

(already linked by @politeruin but worth revisiting anyway)

But the ideas themselves don’t change according to who says them, that’s the whole point of the ad hominim attack.

That’s how logic works, not how discussion works. If someone says “I think you have profoundly misunderstood the nature of the Byzantine Empire”, it means something very different if it’s someone who had just heard of them two comments before and if it’s someone who spent their life studying it. If it’s the second you should stop and listen.

Likewise, on all sorts of issues, people have knowledge and experiences you and I don’t have. Logic can’t substitute for their perspectives and listening to them is paramount for both understanding and being respectful.

As for being a dick, well…there’s a rule that if you meet someone who seems like a dick, then you met a dick, but if you meet them all day, you’re a dick…and too often calls for civility are a way to try and sneak around that, to the point where there is even a neologism for it, sea lioning. In all real civil conversations, listening is more important than talking.

In all real civil conversations, listening is more important than talking.

And if one party flat out admits that they have no intention of listening to the other party involved, then that party is NOT conversing in good faith. Period.

Something else that is important which may or may not have been mentioned in the linked articles above- having a written commenting/community policy.

I have this on my YouTube channel, and link to it with every video. I honestly expected nobody would ever click that link and mainly wrote it so that I have something to point people to if they ever complain about my banning them (I ban about 10 people a week, because YouTube). Nobody has ever complained about being banned, but a surprising number of people have read my commenting policy. I get about three compliments a week on it (and about one complaint a month- those people get banned instantly). It goes to show that most people do care about civil good faith conversation, and having a written policy makes it clear that you do too (and will enforce same).

If they have no intention of listening then they are not conversing at all.