Open-carry cop-watchers say they are "pissed off patriots"

Perhaps, I think anarcho-syndicalism overcomes the polar natures of left and right libertarianism quite well.

Syndicalism is a proposed type of economic system, considered a replacement for capitalism. It suggests that workers, industries, and organisations be systematized into confederations or syndicates. It is "a system of economic organization in which industries are owned and managed by the workers". Its theory and practice is the advocacy of multiple cooperative productive units composed of specialists and representatives of workers in each field to negotiate and manage the economy. For adherents, ...

What tends to be lame about politics and economics is that they are presented - and many people actually believe - as rarified areas which must be “left to the professionals” instead of DIY their own. When your average person understands that they can negotiate their work, create governments, businesses, and devise contracts with whom they choose - instead of depending upon some sociopathic pimps to do it for everybody - then these “power imbalances” tend to disappear.

This Nonviolent Stuff’ll Get You Killed: How Guns Made the Civil Rights Movement Possible

This Nonviolent Stuff'll Get You Killed: How Guns Made the Civil Rights Movement Possible

Visiting Martin Luther King, Jr. at the peak of the civil rights movement, the journalist William Worthy almost sat on a loaded pistol. �Just for self-defense,” King assured him. One of King's advisor ...

If they’re brown shoot them down, if they’re black aim for the back. If they’re white and want a fight, please allow them the courtesy to surrend peacefully without undue or excessive force.

are only -minutes- from kicking their doors down and taking their guns by force.

Sorry, but isn’t this the inevitable outcome if guns are actually outlawed?

Prior to 1968, you could buy a brand-new machine gun. Not so any more. If you are found to actually have an unlicensed one, you can expect a knock on the door from a very large battering ram followed by a dozen of the nicest guys wearing body armor.

If “assault weapons” (or the ignorant person’s definition) are banned, then those who own them can expect a similar knock on the door. After this, and murders do not suddenly magically go away, hand guns will be banned, followed my more polite visits from your neighborhood SWAT team.

Which part of this seems illogical to you?

This is a shootout that’s only a matter of when it will happen, opposed to if it will happen with the usual collateral injuries/fatalities to uninvolved third parties. The blatant disrespect with the uniform like clothing adorned with pig features only makes it more likely that a situation will boil over quickly when the two groups paths cross. I’m not against what they are claiming is the reasoning for their group. But their posturing, confrontational and disrespectful way of attempting it (not to mention while being armed) is the exact opposite way of doing it and achieving any kind of positive results. In fact, all it does is justify a further law enforcement presence in bigger numbers with even more firepower. Not exactly diffusing the problem, don’t you think? But hey, way to show those police officers whose in charge and your fellow citizens how clever you are with the grammar school/high school cops are pigs references. You have the “I smell bacon” cracks holstered up with your guns to reference the fact that there are cops nearby? Tragic…

Oh, ionno… The part where you can’t name a single developed country where gun ownership was restricted (because the slippery slope to a complete ban on gun ownership exists only in your mind) and suddenly the government turned into a brutal dictatorship?

An absurd proposition. @waterloonie is dead on the money. 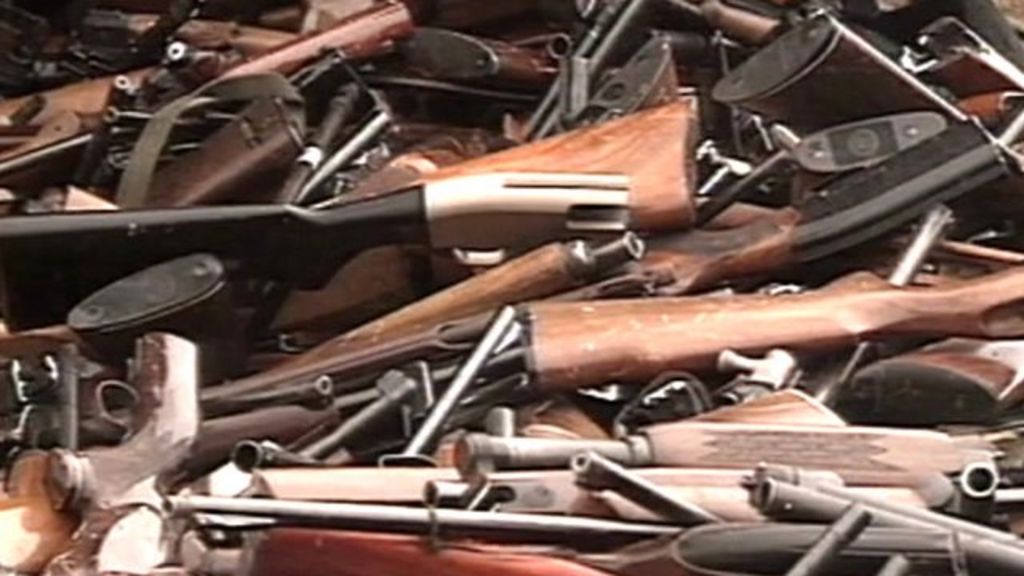 Australia introduced tough restrictions on weapons following the killing of 35 people in 1996 by gunman Martin Bryant.

What could possibly go wrong with this law-abiding approach? I see great things coming from this behavior.

If I called the police or was otherwise in a situation where the police were called, I sure as hell wouldn’t want these guys showing up as well.

Sorry, but isn’t this the inevitable outcome if guns are actually outlawed?

Oh, ionno… The part where you can’t name a single developed country where gun ownership was restricted (because the slippery slope to a complete ban on gun ownership exists only in your mind) and suddenly the government turned into a brutal dictatorship?

Please stop LYING. Both Australia and the UK have cracked down on gun ownership in the last half-century or so. Just because you are IGNORANT of the facts does not mean that it has not happened, and that it cannot happen again.

Fun fact. Percentage-wise, the American homicide rate has dropped MORE than the Australian one since they made it much harder to obtain guns. The violent crime rate in the USA has also gone DOWN during the same period while it has gone UP in Australia.

Please, before you post, you should really have some idea about what you are saying – it will save everybody a lot of time.

Percentage-wise, the American homicide rate has dropped MORE than the Australian one since they made it much harder to obtain guns. The violent crime rate in the USA has also gone DOWN during the same period while it has gone UP in Australia.

Citing percentages is not a very straightforward way to portray the data. 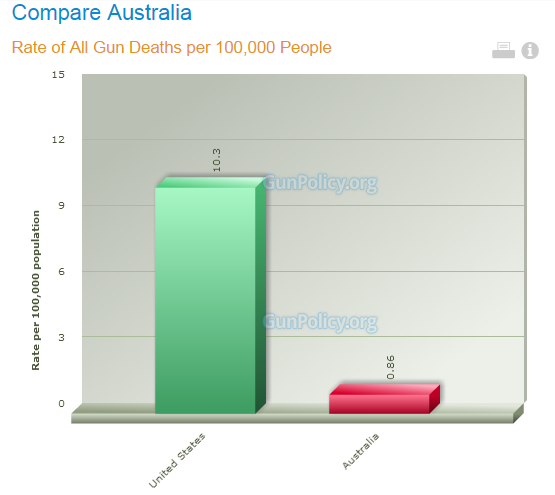 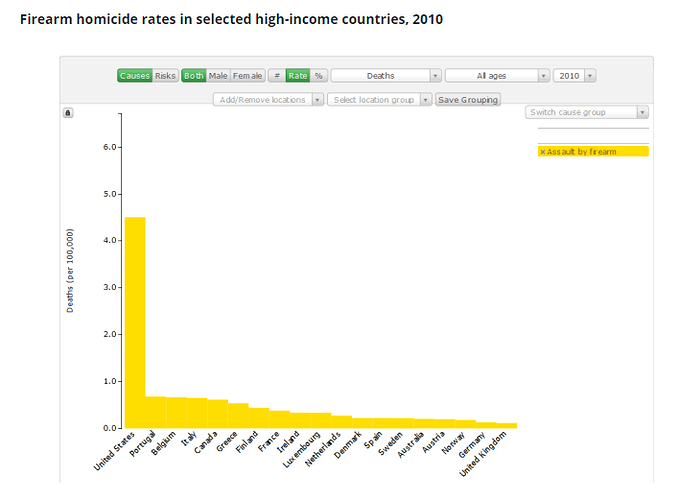 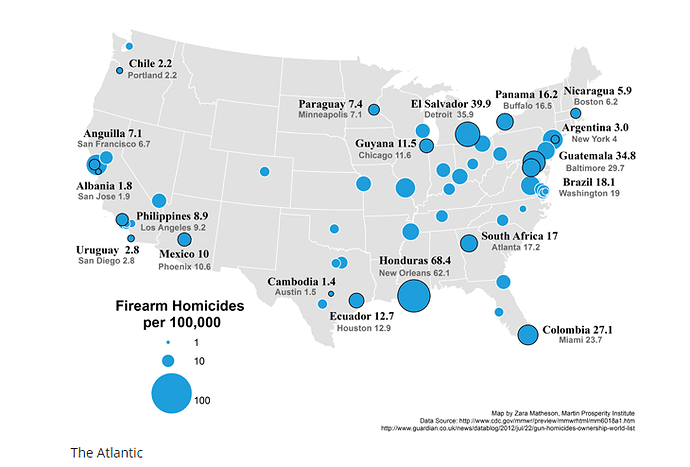 Are you seriously proposing that Australia, the UK, or both have turned into brutal dictatorships following the restriction of gun ownership?

Or possibly it’s my use of complex sentence structure that’s giving you trouble. I’ll try to stick to simpler phrasing in the future. Parentheses are hard.

One could argue about that, but they’re not as brutal as America.

Regardless of whether someone starts from the position that Australia/the UK is or is not a dictatorship, I don’t believe they’d be able to show a transition from less brutal/dictatorial to more brutal/dictatorial shortly after the tightening of restrictions on gun ownership.

Of course they can. Before, they were able to trot around with guns. They could have a gunrack in the back window of their pickups, appropriately fitted with enough firepower to stop a raging horde of mule deer.

Besides, how will they defend themselves against a slave uprising riot?

a raging horde of mule deer. 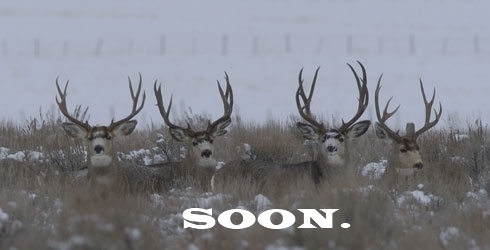 Well, inasmuch as we’ve got demented neocons in charge, but it’s harder to get shot, unless you really annoy the busies, like.

Citing percentages is not a very straightforward way to [portray the data][1].

Citing IRRELEVANT statistics is not very straightforward either…

Let me put it this way. ALL of those graphs are FIREARMS deaths. Now, I readily agree that if all firearms suddenly disappeared, that there would be no firearms deaths. Now, please tell me how somebody shot to death is any more dead than somebody stabbed or beaten to death? Are firearms the ONLY way to kill a person?

More facts for you. Russia has VERY FEW gun deaths due to the fact that privately-owned guns are very rare. However, the homicide rate is about five times that of the US. They just commit their murders using other tools. Is that an improvement to you? Would you feel safer there? As a guy is beating you to death with a golf club, would you just be thankful that he did not shoot you?

Let me put it this way. Suppose your favorite auntie is run over and killed by a red car. So, you go on a crusade to outlaw red cars. After 10 years, there are NO red cars on the road, and no deaths by red cars. Is anybody any safer? Please answer “yes” or “no” and explain your answer.

Also notice the one graph that has the word “Selected” in the TITLE. Hmmm, I am sure they did the selection fairly and impartially, and were not actually cherry-picking data to prove a point. After all, if you got it off the intertubes, it must be true.

And comparing percentages can be a tricky thing, I admit. However, when violent crime is going DOWN in America, and UP in Australia, you don’t have to think too long or hard about what that means. Let me put it to you this way – which way would you prefer crime to go: up or down? I will give you a minute to think. This is not a timed test.

Citing percentages is not a very straightforward way to [portray the data][1].

OK. You want graphs? Why don’t you try making your own? Go to the Wikipedia link at the bottom of this post called “Gun Violence in the United States by state”. Copy and paste the entire graph into your favorite spreadsheet. Next, delete all columns except state name, gun ownership rate, and homicide rate (per 100,000). Plot homicide rate vs. gun ownership on a X-Y scatter plot. Next add a linear trend line.

Congratulations! You have just made your own graph proving that more gun ownership == lower homicide rate! Hooray for you!

What is that you say? Washinton DC, despite trying very hard to be gun-free has by far the highest murder rate? OK. Delete that row. Hmm, the trend is still there! Less pronounced, but still here.

You just make your very first graph on gun violence that does not use cherry-picked data. I chose Wikipedia because the data is readily available, and is generally considered unbiased (unlike most of the statistics used to support gun control).

Gun violence in the United States by state

This article is a list of the U.S. states and the District of Columbia, with population, murders and nonnegligent manslaughter, murders, gun murders, and gun ownership percentage, then calculated rates per 100,000. The population data is from the U.S. Census Bureau. Murder rates were calculated based on the FBI Uniform Crime Reports and the estimated 2015 population of each state. The 2015 U.S. population total was 320.9 million. The 2015 U.S. overall murder and nonnegligent manslaughter rate per...

If “assault weapons” (or the ignorant person’s definition) are banned,

This has always struck me as an absurd trope. It’s akin to saying you can’t criticize a religion unless you’re familiar with all of the terminology and minutiae. There’s something to that, where criticizing a specific element of an idea requires you to at least understand that element, but most anti-gun advocates are very much against guns in a general sense. I don’t see why it’s necessary for them to understand the difference between a clip and a magazine. If people want to call anything semiautomatic an assault weapon, it doesn’t change any of the arguments. It’s literally arguing semantics. This is without specific regards to your other points, which I feel others have adequately addressed.