EDIT: I take that back. I clicked through.

Oh great. Here I’ve been working on my own novel titled Planet of the Testicles for two years and apparently Hamilton beat me to it.

What would Swamp Hoyden think?

Awesome. Can’t remember what the actual title was, but this one is much better.

This is a better ark retelling:

NOT WANTED ON THE VO

For those who prefer covers with their original titles, may I suggest:
http://www.goodshowsir.co.uk/

These certainly have their own kind of appeal, though.

On that note, I never did find out if this was an actual book – this image is all over the Internet now and there’s no hope of tracing it back to its original source.

Considering “Drew Bledsoe” is a football player who was benched and retired after a really bad final season, the author is almost definitely not legitimate, so the title probably isn’t either.

Couldn’t say whether the picture is from a legit book, though.

No he didn’t he’s just early with the cover art.

Nearly all those sci-fi ones: if they were real, I’d totally read 'em.

Probably this one first.

Actually, since only the titles are fake (I assume), I’ll just go ahead and see if I can track 'em down. The Crack That Vanished looks particularly compelling.

I can’t remember the real title but I loved that book as a kid!

I would totally read this - a narrative about finding arcane artifacts of immense power on Etsy sounds pretty funny - although I suspect it might work better as a short story: 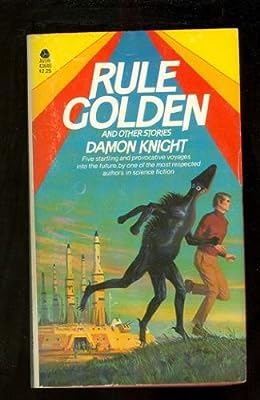 Yeah, with the added layers of the creator still being alive and pumping the things out, and the artifacts of immense power potentially being made out of felt.

Many Waters is a 1986 novel by Madeleine L'Engle, part of the author's Time Quartet (also known as the Time Quintet). The title is taken from the Song of Solomon 8:7: "Many waters cannot quench love, neither can the floods drown it. If a man were to give all his wealth for love, it would be utterly scorned." The principal characters of the story are Sandy and Dennys Murry, twin brothers who are, ironically, somewhat out of place (they are "normal") in the context of the multifarious and eccentric...

Hey, somebody answer a lifelong question for me:

Sandy is named after his father, and his nephew, Xan O'Keefe, is named after him. Xan's younger brother Den is named after the other uncle. More generally, Sandy's given name, Alexander, probably refers to Alexander the Great, while Dennys is a short form of Dionysus, the Thracian god of wine. (Dennys is said to be un-Dionysian in temperament, being "both sober and reserved.") Although Polly mentions this derivation of the name Dennys in A House Like a Lotus, there is no definite indication that ...

It’s been years, but I have a vague recollection of reading it literally in my head.

Yeah, as a kid I read it like the restaurant name, but as I got older I realized that was probably incorrect.

Still, a tiny part of my childhood self says it is disappoint.

I would totally read this - a narrative about finding arcane artifacts of immense power on Etsy sounds pretty funny - although I suspect it might work better as a short story:

Until you realize it’s shipping from China, and will arrive in three months and five pieces.