This is disappointing. Whether one agrees with what Snowden did, you will be judged by the company you keep, and Putin is among the worst.

I’ve kind of reached the conclusion that if we’re going to assume Donald Trump is a Russian asset (willingly or otherwise), we MUST assume Edward Snowden is too. The evidence is more clear that Snowden is than Trump is, tbh.

Steven Seagal and Gerard Depardieu are hauling ass on the next plane out of town too.

Never mind Snowden, or Depardieu, or those 300,000 Russian reservists. If I was Putin I’d just draft Seagal – after all the guy deals with whole trains and ships full of terrorists in his day job, he can certainly take over Ukraine on his own.

I’m of the view that Discount Shitler was manifestly Putin’s useful idiot.

The evidence is more clear that Snowden is than Trump is, tbh.

Whether or not he was before, he definitely is now, even if only as propaganda by accepting Russian citizenship to save his own skin.

The illegal wiretapping he blew the whistle on was wrong and I support whistleblower protections for the disclosure of illegal corruption. But that’s no excuse for budding up to Putin. Both those things can be true at once.

Whether or not he was before, he definitely is now, even if only as propaganda by accepting Russian citizenship to save his own skin.

He’s been getting gifts directly by Putin’s decree for years now. House, money, job, papers for his wife, etc. And agreed. What he exposed was wrong behavior by the US and needed exposing.

But the data he took… I imagine that’s in Russian hands now.

In all fairness Russia can keep those two.

Which makes me wonder what other options he has. The problem is most other countries which we would find agreeable are allies with the US and would either extradite, or allow a CIA team to extract him.

Russia is one of the few places where they won’t send him back, and you don’t have to live in a cave somewhere to hide.

Russia supporting him is just to aggravate the US more.

I have to wonder if Snowden had anything to do with this announcement, or had any interest in Russian citizenship.

Did Snowden even ask for this? 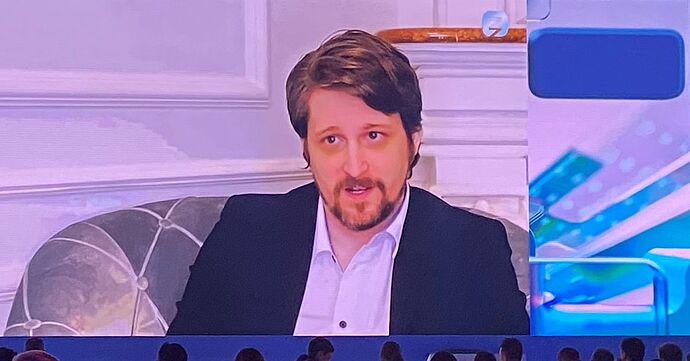 Snowden fled the United States and was given asylum in Russia after leaking secret files in 2013.

The new tweet made no reference to the Kremlin leader’s decree, but it was attached to a 2020 Twitter thread in which Snowden said he and his family were applying for dual U.S.-Russian citizenship.

As a citizen between 18 and 65, he is now forbidden from leaving the country. Oh wait…

… except it’s the only place in the world that U.S. forces can’t get to him without starting WW3

He’s a PR win for Russia he’s not going to be conscripted or defenestrated. He’s at high risk of being bored as they try to keep him out of the way of anything interesting other than being a walking commercial for American corruption.

At the very least an ultra useful idiot.

He’s not going anywhere near the front. He’s a political hostage for those who believe he was standing up for American ideals and using him to call out the hypocrisy of American freedom. As such, he is much more valuable alive to Putin, as a token, than dead. This is just Putin using the Snowden “fuck you” card because he is down to only level 1 cards to play.

Putin is using every last goddamn card he has: referendum, mobilization, nuclear, and Snowden to try to roll a 4.

Snowden validated what a lot of us suspected, that the dude bros on the other side of the screen could and did at will snoop into our private lives. That being said, he could have retained some credibility and found a much less compromised hideaway than Putin’s Russia.

No, he could not. He ended up in Russia because the US cancelled his passport when he was going to change planes in Moscow. He never intended to stay there.

Right, because Moscow is such a great place for layovers on the way to so many destinations. It’s not like there were many other places he could have flown through from ::checks notes:: Hong Kong. /s

Well, if I were him I’d be looking at elevated privilege and maybe getting something to protect against open windows at altitude. Russia can be first in the democracies made by promoting the Red Team or something.

He ended up in Russia because the US cancelled his passport when he was going to change planes in Moscow.

You can fly to any nation that’ll accept you with an expired / cancelled passport. Hong Kong offers WAY more destinations of choice than Moscow. He ended up in Moscow because that’s where he was GOING. It’s a final destination airport, or at very least an “inside Russia” connecting airport.

He went there because that’s where he was going.

Did Snowden even ask for this?

He did in 2020 because he and his wife had a baby and there was concern that if they weren’t both citizens she could easily be deported with or without their child. And as @VenTatsu identified, it is dual citizenship, which is a world of difference from the implication that he is now exclusively a Russian citizen. He’s made very clear over the years that he would gladly return to the US if there was a chance for a credible, public hearing.

But the data he took… I imagine that’s in Russian hands now.

Nope. As has been shown multiple times, he did not engage with the material beyond collating and handing it off to a reporter he felt he could trust. He enjoined a credible documentary filmmaker to clarify every step of this process, increasing his personal risk dramatically for the sake of transparency.

The evidence is more clear that Snowden is than Trump is, tbh.

He ended up in Moscow because that’s where he was GOING. It’s a final destination airport, or at very least an “inside Russia” connecting airport.

Hmm. I’ll just wait here for any evidence of either of these assertions.

You do realize that’s where he departed from en route to Ecuador, who had promised him political asylum?