Cars have a 10-15 year lifespan. Smartphones have a 2-5 year lifespan. Witness all the obsolete GPS mapping services integrated into 2005-era cars, and the dashboard space they now waste as they’re replaced by the up-to-date and precise Google or Apple Maps on your phone.

I want my in-dash system to be a dumb front-end to my phone! That way I can upgrade the smarts cheaply during the car’s lifespan, and not be locked-in to some stupid manufacturer-hamstrung “it’s $1500 to upgrade the system” hardware.

As someone who spends money on AdWords so Google can use that revenue to create new gimcracks and gizmos for the consumer, the only thing I care about is will it help people buy my stuff? And in this case it looks like it is of no benefit to the people like me who are paying for its development.

so you car would have another data plan? no thanks.

I want my in-dash system to be a dumb front-end to my phone! That way I can upgrade the smarts cheaply during the car’s lifespan, and not be locked-in to some stupid manufacturer-hamstrung “it’s $1500 to upgrade the system” hardware.

I dont know… an android tablet on your car is going to be just as much generationally locked as today’s dumb interfaces are. There is no guarantee the phone you buy tomorrow is going to work exactly with the car you bought yesterday.

Or in a more positive outlook, the android in your dash will be easily upgradeable, and likely wont be any more difficult to add or update apps or the OS than it is today. And maybe there will even be rooting?

My problem with it is that I just dont know why I need it yet. Im sure it will do all kinds of cool things that dumb displays will not. But it will create an even bigger data pool of my life, and for what benefit we dont really know yet.

This sounds like a security nightmare waiting to happen.

You can get a variety from Chinese manufacturer’s, including entire Windows PC’s.

I just bought this one, and am waiting to get it installed: 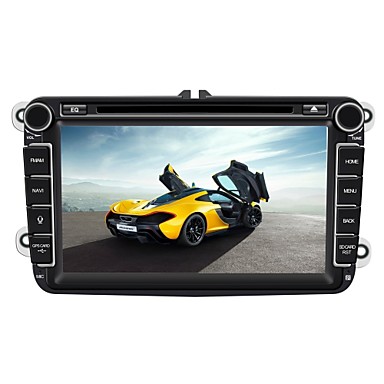 I like this. Do you think I should buy it?

For the cost, I don’t necessarily mind upgrading it in 5 years. It’s actually cheaper than hacking a unit into the car stereo to just be a frontend to my phone (I looked into that as well, and the installation is, well, best handed by an Electrical Engineer).

You will never get a full phone frontend from a manufacturer in this country.

They could have done this years ago, but have slowly added features to in-dash units for A. The upgrade costs, as you mention, and B. Liability.

In the latter case, you think texting and driving is bad?

Imagine the litigious havoc that would ensue if a manufacturer gave you the option to check your work emails while driving!

Even if that option is just mirroring your smartphone.

Just from this morning, on a fully updated Apple phone:

Seriously? You can’t call a fucking phone number?
“I’d blush if I could.”

/swerve off the road in frustration and wade through 3-4 screens to dial the number.

2 out of 3 times voice interaction leads to frustration, for me at least. I don’t know why I still try. Is Android any better?

Well don’t just criticize. Tell us how your experiences in the ghettos of Ouagadougou are different. What’s their opinion of Android cars?

The android voice commands work for me a lot of the time, it is my primary interface for web searches, driving directions, texting, and dialing. But I do have my tricks… I speak slightly slower than normal but maintain more of a rythm than a stream of words, I speak in a monotone voice, and will often turn off the fan/AC if it is on full blast. One of my more prideful moments was when it recognized “giggity giggity” in the middle of a text I was composing.

I also have pretty good luck with the customer service voice recognition systems, so maybe I am just a lucky one. Alternatively, my wife gets frustrated with both Android and CS systems. She will emote with a frustrated tone like she is speaking to a misbehaving child or spouse

: speaking louder and deliberately stretching out words. This strategy of hers never works and she is ready to ban all computers for life.

Next time you are in a quiet room with an android friend, ask to try out their phone!

You know what Google wants? Second-by-second telemetry, all of your money, and all of your thoughts.

Oooooh, look, I just became the mayor of bbs.boingboing.net!

and yet, he’s driving a thirdworldtaxi!

Thanks, very interesting. It sounds like maybe my particular problem arises from not taking the time to adapt to the interface. I generally do alright on the customer service voice rec systems, but am completely ineffective with the Apple phone, to the point of not being able to dial a simple phone number 2/3 tries. I do use some of the methods you mentioned, monotone and rhythm, and also eventually a few of the ‘tricks’ your wife employs, emoting like a frustrated child, raising my voice, and then finally tossing a bird up to the sky which hopefully Jobs isn’t too busy iOsifying the afterlife to notice.

Based on your account, I think I will have to check out the Android interface (Google runs the servers?), as I drive a lot, and don’t like to take my eyes off the road for a second.

It might also be your handset or the model you have. Test a friends iphone that is a different model. And also inspect the mic port (phone and your car’s BT mic) for gunk or pocket lint.

My experience with any voice recognition has been generally bad. Android phone, Apple phones, Xbox One, etc.

The only thing that really works well is my stock VW stereo’s voice dialing. Inexplicably, that is great.