Richard Pryor explains how capitalism leads to racism, in a 1977 interview

I frequently hear capitalists talk about “putting one’s money to work”, as if money just sort of multiplied like tribbles without any sort of human input. It’s a convenient way to drape a fig leaf over the truth of capitalism. For every bit of wealth that goes unearned i to the hands of an owner, somewhat more of that wealth has to be extracted out of someone else’s hands. (Mouths, bodies, homes, planet…) People don’t get richer without making other peolple poorer.

And sure, if being filthy rich spins your wheel you are free to try to do that to, but you don’t get to own our government and make it a game stacked in your favor.

But how do you stop the filthy rich owning the government and stacking the game?

The way I put it, is we need to stop punishing people for being poor.

We could also put systems in place to make sure no one is poor in the future. By that I mean the basic needs of food, shelter, and healthcare are met for those in need.

how do you stop the filthy rich owning the government

The answer is strong regulations limiting their involvement/contributions, and external oversight to make sure those rules are being followed on both sides. I’ve worked for a few corporations (banking and credit industries) with better policies and stricter enforcement of rules designed to prevent external influence of employees than the current federal guidelines. They also had better controls against employees using unethical/illegal influence against clients, other corporations, or governments. Those firms were motivated to put those policies in place, because the risk was greater than the reward.

It does not have to be a zero-sum game. People who are interested in wealth as a personal goal can pursue that, but they do not have to impoverish others in order to do that.

37 posts were split to a new topic: Wealth

But how do you stop the filthy rich owning the government and stacking the game?

We legislate against it - we have in the past, although not strongly enough, and much of it has been undone - as in Citizens United. Commonly referred to as campaign finance reform.

The answer is strong regulations limiting their involvement/contributions, and external oversight to make sure those rules are being followed on both sides.

We legislate against it - we have in the past

That’s great, as long as the filthy rich don’t use their power and influence to prevent such regulations and legislation, or to undermine them.

although not strongly enough, and much of it has been undone

Not in denial just willfull ignorance. I recognized racism when I was 8-9 years old just listening to white adults. Willfull ignorance fell apart during this pandemic when white people just couldn’t ignore it locked down in their homes 24/7 while watching 21th century lynching on the news.
Why do you think Trump and the GOP want the rat race to start up as fast as possible.

If the voters want to stop this in the future, they need to elect new legislators this November. That’s the next step in changing this for the better, and closing any loopholes that were exposed in the past.

“Communism is just a red herring.“ 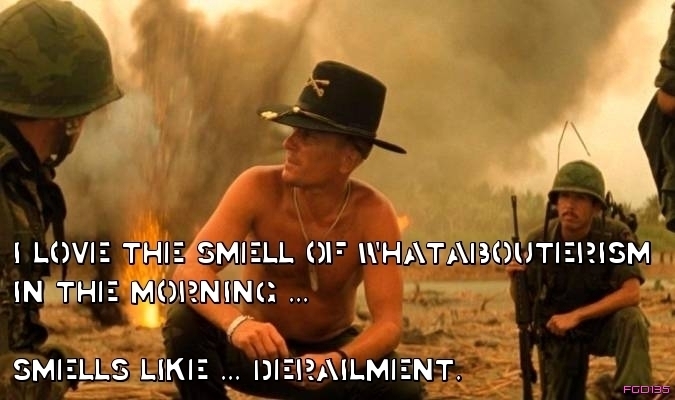 If you can convince the lowest white man he’s better than the best colored man, he won’t notice you’re picking his pocket. Hell, give him somebody to look down on, and he’ll empty his pockets for you.

I did think about splitting my comment off into another topic, but, I couldn’t deal with having another long discussion about how libertarian-socialism and anarcho-communism is somehow totalitarianism, instead of being among the first victims of Marxism-Leninism.

There are big problems in the USA but communism is not the solution. That’s patently ridiculous!

Arguments made by straw men always are.

Do enlighten us; what is “the solution”, then?

“Making sure no one is poor in the future” -who could argue with that?

I trust that approach a lot less than I trust the idea of eliminating the suffering so nobody, not even people with empty bank accounts has to endure it.

It’s similar to what politicians are dog-whistling when they talk about pumping up the “middle class”. Accept this frame, and the poor can go fuck themselves, it’s only the rich and middle class who have a seat at the table.

This is the lannguage of a confidence game.

That’s not my definition, which is why I never mentioned money.

Two people mentioned communism before you made your contribution. Both agreed with the following quotation of Bakunin:

We are convinced that liberty without socialism is privilege and injustice; and that socialism without liberty is slavery and brutality. - Bakunin

Not exactly an endorsement of Maoism or Stalinism. So before you argue against all the communists around here, first check if there are any. Then, check if what they mean by communism has anything to do with what you think of when you hear “communism”.