I met John Perry Barlow in 1999, and I was awestruck: here was the legend whose Declaration of Independence of Cyberspace had profoundly changed my life, making me realize that the nascent internet that I’d dropped out of university to devote my life to could be more than a communications tool: it could be a revolutionary force for good.

First heard of him, I recall, by reading his essays in Whole Earth Review. (Back when Boing Boing was a print zine! They probably published his stuff too. So freaking long ago.)

I only met the guy in person once, at the Computer Games Developer Conference in 1990. It was a tiny, intimate show back then.

He was dressed in a white cowboy outfit, with a big revolver strapped to his waist. I talked with him briefly; I was freelancing for Steve Jackson Games when the Secret Service raided their offices, an event which helped lead to the founding of the EFF.

Barlow gave a contrarian speech warning about the downsides of simulation and living in a virtual world. I bought the cassette; I’m trying to remember if I ever digitized it.

A true visionary and renaissance man. My sympathies on the loss of your friend, Cory.

Wow, this is a fellow I’ve been familiar with for probably 25 years or more, since I was but a wee lad cyber-geek in the early 90s. Good work you done Sir, and a good legacy to have left behind. To infinity and beyond!

Will be listening to “Black-Throated Wind” tonight to observe his loss. Mother American Night is sad today.

He was a legend, and an icon, and all of those other big words that don’t come close to spelling out how much better his efforts on behalf of all of us made the life of a country kid in PEI with dreams of becoming an autonomous person one day.

I never met him but I will miss him terribly. I can’t even imagine what it does to you for him to be gone. Death sucks. I’m so very sorry for your loss.

I’m deeply sorry to get this news, Cory. His work framed our sense of what the Internet should be, and the communities he gathered around him included the most extraordinary thinkers, my mom and yourself included. I wish you peace and strength in the loss of such a valued mentor and friend.

Through curiosity and research, I discovered EFF. Through more reading, I discovered the delightful books of Mr Doctorow (the non-fiction kind). Through Xeni Jardin, I discovered boingboing. It wraps up quite nicely, don’t you think?

Mr Doctorow, I am sorry for your physical loss.

I hope this doesn’t sound insensitive, but I think you are incredibly lucky to have known and worked with Mr. Barlow. I’m sorry you lost a friend.

I mostly know him through videos on YouTube of which there are a bunch. If anybody else wants to be inspired and saddened (but mostly inspired), search YouTube for John Perry Barlow. There’s some really great stuff there.

Condolences to all the remaining deadheads out there.

I am now feeling double-mournful, because I’m remembering the heady, idealistic days of ~28 years ago, when the Iron Curtain had just rusted through, and it looked like we might use “cyberspace” to break the wheel of karma and make the world a more just, free, rational and fairer place. I went back to school and moved to Silicon Valley before that enthusiasm wound down.

Oh, gawd, how fucked up things have gotten, and a lot of the fucked uppedness . . .

Stefanjones- I still hang onto my old three-digit card as well. Barlow’s the one who finally browbeat me into joining EFF in the first place after a while of ‘yeah, I’ll get around to it’. Last time I saw him he was in a wheelchair after the medical screwup, but he was as chipper and optimistic as ever about being on the mend. I’ll miss the big guy.

Barlow was it seems an incredibly complex character.

Not only did this guy co-write those Dead tunes, virtually invent through his own imagination much of what has become the internet, but he also had some mighty strange political leanings.

Anyone care to guess who Dick Cheney’s campaign chairman was in 1978?

Sincere condolences on the loss of your friend, Cory. I never had the privilege of meeting him. 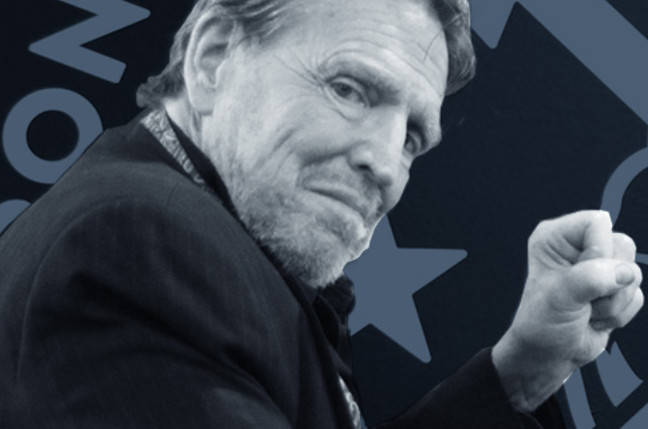 Cyberlibertarian and Grateful Dead lyricist passes away at 70

Thanks for writing this, Cory.

Condolences to all the remaining deadheads out there.

They created a playlist of songs with his lyrics today -

Couldn’t have said it better myself. I really, really miss those days, too. I’m just now beginning to process my grief over what could have been vs. what ended up happening.