First thing I thought of. This story is actually less interesting than most industrial accident stories.

I saw, on a lab door, an industrial warning sign I’ve never been able to find again. It showed a robot arm taking a slice out of the shoulder of one of those black-silhouette people.

I used to collect images like that. I know there are better ones out there, but so far my favorites are of a hand getting caught in gears:

And another one I can’t seem to find of a panicked little dude in the bucket of a Condor lift that’s tilting out of control. I dunno, these things have always tickled me.

These things happen. High-enough power machines will apply said power to anything within reach when commanded so, or thinking they are commanded so.

A textbook example is a mill with heavy rollers, for crushing rocks. A worker was supposed to take out the fuses from the motor. Did not bother to, just switched the machine off. Crawled in. Probably kicked the “on” button when getting inside, was crushed to paste.

Many more such cases. Some involving machinery, others involving electricity. Some involving power rails that test safe, but are later energized, whether for being mistakenly powered up or because they were unpowered for some other unrelated reason and mistakenly considered disconnected. (Shorting the wires before you’re about to get your paws on them is a suggested practice.)

In this case, like in that rock crusher one and thousands of others, the operator likely made a mistake and Darwin called him away for a stern talk.

Does describing such kind of a screwup count as victim blaming? If you forget or don’t bother to cut power to the thing you are about to get into, and padlock (or otherwise secure) the switches, isn’t it your own fault?

Not to go too dark…

But my father was behind a machine operating it, a line (the one that stops the machine) broke, and it crushed his best friend. He made the phone call to his best friends Widow and kids.

And to think why he developed a drinking problem after that.

Many more such cases. Some involving machinery, others involving electricity. Some involving power rails that test safe, but are later energized, whether for being mistakenly powered up or because they were unpowered for some other unrelated reason and mistakenly considered disconnected.

I was once part of a team working on a ship’s sewage pipes during dry dock. Something similar happened to one of my colleagues when he didn’t properly isolate the system…

Except that this was a Nestor-10.

Edit - Oh, the Asimov ones.

Britain created Skynet in the 60s Skynet is a family of military communications satellites, now operated by Astrium Services on behalf of the UK Ministry of Defence, which provide strategic communication services to the three branches of the British Armed Forces and to NATO forces engaged on coalition tasks. The satellites were operated by Paradigm Secure Communications until October 2012 when the organisation was rebranded to Astrium Services. In the 1960s satellites became an increasingly important component of signals intell... 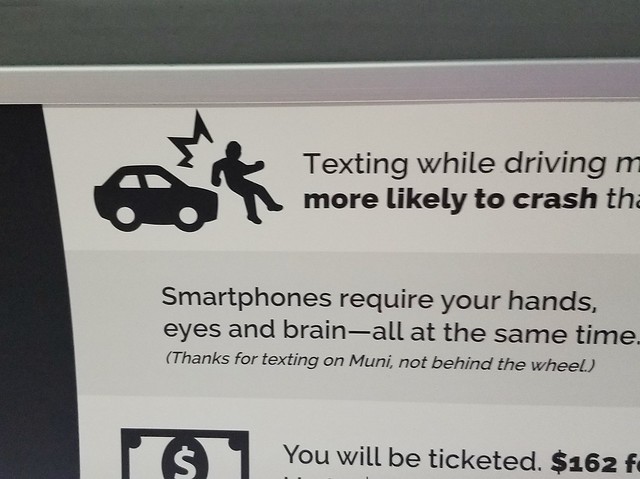 I was delighted to see this on my new lawn mower:

Looks more like a jedi magic trick than “keep your hands away from the mower blade”.

Seriously, I love this shit. Bowling for escalator passengers!

Or the butcher who backed into his bacon slicer and got a little behind in his work.

I with you on this one. I’ll poke fun at people who engage in hard core stupid and get bit in the ass for their trouble, but this guy was just trying to make a living. Sad.

Presumably a root cause analysis will be conducted. Hopefully it will spare another life down the line.

Does describing such kind of a screwup count as victim blaming? If you forget or don’t bother to cut power to the thing you are about to get into, and padlock (or otherwise secure) the switches, isn’t it your own fault?

A nuclear accident at Canada’s NRU reactor was made many times worse because a rod extraction device, with built-in failsafes was hotwired by operators to give full manual control so they could move a burning uranium fuel rod to a cooling pond. If they had left the damn thing alone, it would have fallen into the shielded reactor core full of heavy water. Instead it got dragged out and the burning rod fell out of the machine where it promptly began spewing fission products into the air. In retrospect: Duh. But isn’t that how retrospect works?

Human psychology: Great for the Savannah, bad at operating heavy machinery. We get to be complacent by nature. This is why I alwaysalwaysalways treat my tablesaw like it’s trying to kill me in new and interesting ways. Sure, my friends laugh at my caution, but I am already an absent-minded individual- I don’t need to be cocky as well.

Although this is a tragedy, there is some humour too!
There was an announcement of this on Twitter from someone called “Sarah O’Connor”
What could possibly go wrong?

See, THIS is still, and always will be, the funniest video on the internet, @xeni. Squeaky bird notwithstanding.

Huh? Big diagonal NO! line? Bah. How the hell else am I supposed to polish my shoes?