“No more makeup tutorials or unboxing videos. Here is script. You will read.”

If the Russian government was threatening my family and I didn’t have the means to leave the country, I’d read whatever the fuck they asked me to. Keep that in mind if you’re thinking about judging these teenage girls.

Forced propaganda; I pity them.

Keep that in mind if you’re thinking about judging these teenage girls.

But judging teenaged girls is so fun! /s

But seriously, I’m with you and @Melizmatic…

This is quite the “act of desperation” on Putin, if this is now in the mix for him, imagine the people around him wondering WTF is in his head. Nothing says "the WAR is going just fine" like making children do your bullshit propaganda...

The propaganda is strong and everywhere. A friend of mine in a niche craft hobby posted a pic of some bomb damage from a mutual friend in Ukraine on Instagram. This person never posts politics- only said obscure craft hobby. Within minutes there were three different commenters in there saying that “Ukrainian Nazis” (actual quote) were attacking innocent people in Russian border areas so this was all self defense and also all our western media lies to us. Really bizarre. Nobody recognized any of these commenters of course, and this niche hobby is a small one where we all know each other, even on the internet.

The propaganda is strong and everywhere.

I have seen several bands I like post just a simple Ukraine flag or their logo with Ukrainian colors, and BOOM, a bunch of shit posting Russian shills. I’ve scrolled down from twitter posts to see the same thing. They like to use the same 4-5 images of Nazi groups in Ukraine. Not that there ISN’T some Neo-Nazis in Ukraine - but they are in Russia too… and the US. It isn’t a pretense for invasion.

I have seen it on FB with non-shills but “Let’s Go Brandon” type useful idiots.

The exact same technique was used for the famous “We are the Borg. Resistance is futile”

Russian propaganda is flush with cash and needs an outlet now that RT has been shut out, so there is every possibility they have been well paid to recite this nonsense.

Niche hobby are cool; and astorturfers should leave them alone.

It’s a mark of Putin’s concern that he’s having to resort to this, and his little green-screen stunt with the flight attendants today (watch his hand pass through the microphone several times; notice the edges of his suit). He’s struggling to clamp down on his own people, let alone prosecute his little empire building war.

EDIT: okay, maybe not a green screen (although I still maintain the background looks piped in and only the table and the participants are in the room with Putin, which is probably a secure bunker somewhere… there’s just something off even in uncompressed feeds about the edges of their bodies, but maybe it’s just weird lighting)

Keep that in mind if you’re thinking about judging these teenage girls.

Did you just diss the men influencers?

“No more makeup tutorials or unboxing videos. Here is script. You will read.”

The green-screen thing is actually an artifact of MPEG compression. Good explanation and debunk here from a reputable source: No, That Putin Video Didn’t Use a Green Screen – Mother Jones

It’s a combination of cash (increasingly worthless rubles no longer being applied to the foreign-oriented tr0ll farm operations) and threats from the government. These “influencers” have lost their audiences and revenue streams outside Russia so there’s not much choice but to read the propaganda. Some will take to it eagerly, some out of financial desperation. Those who don’t want to will be accused of disloyalty if they don’t comply.

Apologies if it’s appeared somewhere else on bbs already. 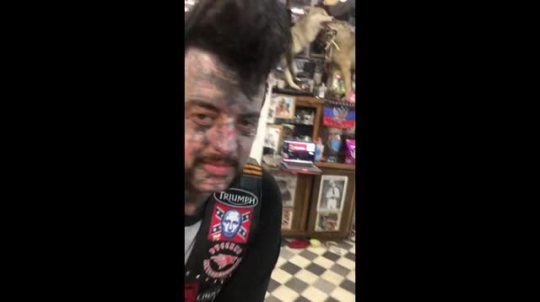 There aren't enough red pills to swallow, to wake up from this bizarro world.

He doesn’t seem to know that twice in the previous century Russians overthrew their leaders, the first time after a poorly waged war.

Is that real? The mouth and audio don’t match up about 30 seconds in, and I can’t read lips to tell if that’s really what he’s saying.
Whoever is talking sounds wasted, though.
If it is real, he and old DJTJ seem made for each other.

I was trying for a while to find where the video originated, probably on his own FB account [ETA: or maybe some Russian-hosted social media site?] (I came upon it linked from another tumblr account), and what I did find was that he was apparently well known in the CA rockabilly community as a racist and homophobe, fled to Russia where he could “be himself.” 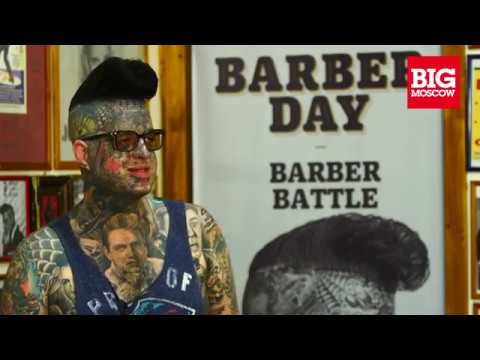