Meanwhile, I kind of accidentally impersonated my wife the other day when I called to get new cards for our joint credit card after one of them went AWOL. Context: I’m a trans woman, naturally a bass but I’m kind of halfheartedly working on my voice, and my card is still in a masculine name. I use phone calls as an opportunity to practice my voice because it’s interesting to see how people gender me with no visual cues - so far, I’ve never gotten a “ma’am” on the phone, so I have no reason to think that my voice is read as anything other than that of a dude. Halfway through the call, I realized that I wasn’t going to have to hand the phone off to my wife for confirmation (she’s the primary on the account), so I just kind of rolled with it.

this is tricky IMO. I work in financial services and we are expressly concerned with account security and identity theft for customers. So I can understand that policies and procedures are in place for associates to follow if they find anything whatsoever suspicious. This can of course lead to an embarrassing and humiliating situation for Sophia Reis or anyone in a similar situation as she.

The policy can’t change in some regards, but to the point of adding a note to her account this should be sufficient to prevent it happening to her again. I disagree @beschizza with “culture eats strategy for breakfast.” This is more about account security policies eating good customer service. I would argue a smaller institution like a credit union (not sure if those exist in the UK) where associates get to know the customers and provide much better and more personalized customer service while maintaining similar policies for account security WOULD read the notes on the account and absolutely know the specific circumstances of the customer.

The policy is still sound as it protects Ms Reis (and others) from identity theft…the execution was terrible because they should know who she is in the first place.

I know another trans woman who uses Santander and has had this exact same problem happen repeatedly, despite notes being put on the account.

I would argue a smaller institution like a credit union (not sure if those exist in the UK) where associates get to know the customers and provide much better and more personalized customer service while maintaining similar policies for account security WOULD read the notes on the account and absolutely know the specific circumstances of the customer.

The woman I know only stays with Santander because she already knows the local branch staff and they have become experienced in fixing this problem. She didn’t choose to have an account with Santander, they took over Bradford and Bingley who she had no problems with for two decades, then the problems started.

As for credit unions, yes we have them and we also have building societies which are similar but don’t usually offer current accounts (with two exceptions, Cumberland Building Society and Nationwide).

It can be tough to choose between larger financial institutions and small ones for obvious reasons like account features and such. But its also hard because so many smaller ones get eaten up by the larger ones too.

It’s just ridiculous that they cannot take the time to read the account notes prior to making such a judgment call. And the worst part is the associate feels they are doing the right thing…again, protecting someone’s account given much of the issues we’ve seen in the last 10 years around breaches of data and security IS actually important. But to treat her this way repeatedly…no that’s unacceptable and should be easily corrected by simple knowing Ms Reis.

Of all of the times I’ve had “notes put on my account”, it never amounts to anything. Apparently nobody ever reads the notes.

this is tricky IMO. I work in financial services and we are expressly concerned with account security and identity theft for customers. So I can understand that policies and procedures are in place for associates to follow if they find anything whatsoever suspicious.
…

It doesn’t, though. It exposes a key ingredient for stealing her identity at Santander: a convincing “female” voice.

Data protection act says nothing about the voice to use as security or the banking code or financial conduct authority. Equality act out ways them all as have to follow that. I had my account blocked with Natwest they changed policy’s to be inline with the act didn’t happen again. They couldn’t put that I was trans on my account why should I let them, Also opens them up to liability if faced discriminatory behaviour from staff as they had told them. They also compensated me financially very favourably. Then same with thing with HSBC Asked to speak to manager as could tell where was heading had the same discussion, compensated again and hasn’t happened since. Is no legislation for them to justify it. Under the equaility act is indirect discrimination, Second time can be seen as harassment it creates a hostile degrading environment for you to call. She just needs to ask the bank to show her bit of legislation where says about voice security and accessing your bank. I’m not a solicitor or legally trained just been TS nearly 10 years there is the legislation and law there to protect everyone you just have to read it to know about it. The updated equality act was really impressed with the improvements made and protections for trans.

I am sorry, but you are conflating the two into the same thing. They are not.

A perfect example is if I call on behalf of my mother for her account, regardless of me providing all sorts of identifying answers they could still have concerns that I am either trying to breach her account or also I am in an elderly abuse situation. Again, something we safeguard against. However intelligent and good customer service would also be the associate reading the account notes and knowing that I am an authorized voice for her and have power of attorney and can make decisions on her account in her stead. Forcing me to come down and identify myself would not be humiliating to me as it is to Ms Reis, but it is a symptom of the same issue with execution of a policy designed to protect us as consumers.

Funny enough…this is one of the gripes of older customers that nothing is personal anymore and that a customer is just a number. There is merit to that claim and incidents like this are what demonstrate that.

There have always been people whose voices are higher or lower than the supposed average of a given gender. It’s not a good indicator.

At the same time we would be mocking the bank that transfers all of the money out of an 80 year old woman’s account because a teenage boy with a cracking voice called them and impersonated her.

It’s not like they stole her money here. This isn’t Paypal. They just made her come down and provide proof because the account says woman but the voice on the telephone sounds like a man.

I wouldn’t be happy with my bank if they didn’t apply this level of situational awareness to every call.

The teenager would probably steal identity and set up online accounts so no need for voice with them. Same with online banking you answer security questions lets you do everything you could do on the phone financially wise, no need for voice.

You might be surprised how many account hacks involve just calling tech support and having the support desk bypass the account security for you. Other than automated botnets it is by far the most common form of hacking in the real world. The weakest link in security is usually the helpdesk.

it has been this way for a long time too. In the Cuckoo’s Egg one of the most successful of the teenage hackers was the one with the deep voice who could impersonate adults on the phone.

There have always been people whose voices are higher or lower than the supposed average of a given gender. It’s not a good indicator.

I am a case in point. I’m a cis male, but long before internet or phone banking I’d always been mistaken for female in paper correspondence because my parents were progressive in naming me with a traditionally female name. Add a higher-pitched voice, and I routinely am called “ma’am” before I interrupt and correct them.

Ditto. Fortunately it’s never gotten to the point where people question my identity.

Is more the question does it justify persecuting a section of society for probably a small amount of fraud where the voice doesn’t match. Hsbc now use’s your voice for security the computer hasn’t discriminated against me yet. Being TS people who are against but know they can’t or shouldn’t say anything will jump at the chance to make you have a bad day if they think they can get away with it.

I was about to ask what to do if my client is Stacy Keach? 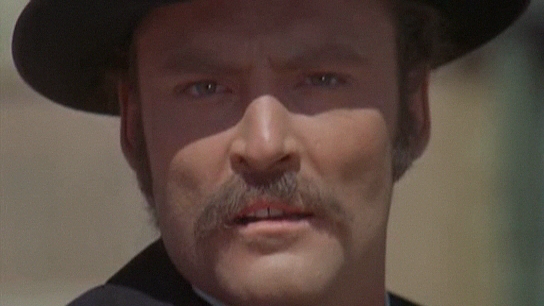 That’s a pretty gruff voice, though. Almost Brenda Vaccaro. My pitch is closer to Amy Adams.

There have always been people whose voices are higher or lower than the supposed average of a given gender sex. It’s not a good indicator.

Best not to conflate sex and gender.

ETA: “higher and lower” voice frequency are largely a function of sexual dimorphism in height and skeletal robustness which translates to length and heft of vocal chords. Of course voice is also behaviorally gendered to uses that are not about frequency, hence folks with high voices can have masculine use, and with low voices can have feminine use.

Wonder if their policy would extend to singer Alison Moyet?