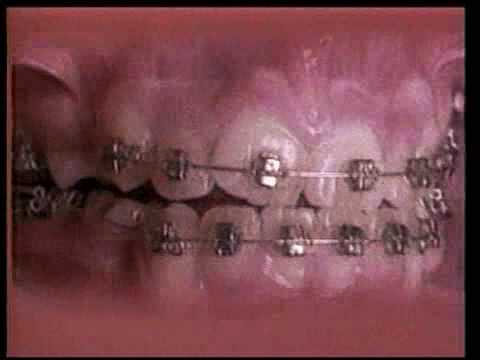 In the intervening years, I was inspired to take a bunch of photos during my Invisalign adventure, but I never got around to putting them together, partly because it had the makings of a dreadful slog without having the right software handy. Perhaps someone might suggest useful software for producing such a timelapse?

On that note, see also:

Open-source your face and 3D print your own pirate invisaligns

Open-source your face and 3D print your own pirate invisaligns

And here’s the time-lapse of what she would have looked like without:

Because I think you meant horrifying.

How was your experience with invisaligns? Would you recommend them?

I wonder if orthodontia will reach a point (or already has, and I don’t know it) where there is an acknowledgement of the character of slightly crooked teeth. I mean, there has to be a line between “interrupts the bite and will cause long term problems” and “boring and generic-ly straight” where you can leave in a little bit of snaggle for flavor. My wife had braces as a child, but wasn’t very good at wearing her retainer, and her “butterfly” front teeth (that’s what we call them) came back. she has an absolutely beautiful and charming smile, in part because of them. My mom also got a set of dentures that were perfectly straight and evenly spaced, then they offered to make her dentures that matched her old teeth, front-tooth-gap and all, and she jumped at the chance.

[quote=“taj, post:6, topic:104373, full:true”]How was your experience with invisaligns? Would you recommend them?[/quote]Oh yes, a completely positive experience; I can’t even say it was particularly painful. I should have done it years ago. It is sort of expensive, though.

I suppose one downside would be that there’s a lot more space between some of my teeth now, and I am much more diligent about flossing – but then, flossing is also a lot easier than it once was.

If you are really diligent with your retainers for, like, the rest of your life, you should be able to maintain that perfect grill. But stop wearing them, and your teeth will settle into their own character. I had braces when I was an adult, and before, you could tell that I never had braces; one of my front teeth ‘hid’ behind the other. Got braces (traditional, metal mouth) and 23 months later, the treatment was done, and I was sent home with my retainers. I was good with them for the first year or two, then got lazy, and I don’t even know where they are anymore. My teeth are not clinically straight, they are their own people, and I’m perfectly happy with the result.

As most others say, I should have done it long before when I actually did.

BTW, Goose, thanks for bringing that up. I agree with you.

My teeth were a mess, and i definitely needed straightening out as a kid, i had the some in front, some in back bite. My ortgodontist actually left a wire retainer cemented to the back of my lower front 6 teeth that keeps them straight, and acts as a warning to the others. I still have it, over 20 years later. Its annoying to floss under, and it exacerbated canker sores on my tongue, but does its job. My smile is a bit boring though

Here comes a thing I’ve been wondering about:

If braces were invented today, would we see more opposition? There is that whole “back to nature” thing going on, where every medical procedure seems to get picked apart. Some arguments are sensible, like not over-medicating your kids with Ritalin, but there is also batshit crazy stuff like the anti-vaxxer movement.

Braces would fall where?

My teeth were a mess

Same here. Four years in braces, when I was 40 and could afford it, plus implants and a partial denture. It was in the pursuit of proper occlusion and health of a good diet, but it felt kinda weird with “nice” teeth. Fate intervened to fix that one because one of my front-ish implants failed and now i have a missing tooth. Back to normal then!