Sesame Place posted an initial response to its Instagram account on Sunday evening, explaining that the costumes sometimes inhibit performers’ sightlines, and that the employee portraying Rosita’s “no” gesture was a general response declining requests to hold children for photos, which is against park policy

That no-no! gestue was aimed right at those girls. Who were NOT requesting they be held for a photo, and their mother wasnt requesting that either.

And the look on their faces afterward! Near about broke my heart.

Seriously my first thought was “well it’s hard to see in those costumes” but when I watched the video the performer clearly is looking at other children at the same height. They very obviously look down at the two little girls. That gesture is aimed at them.

And literally if you’re a Sesame Street performer you’re going to automatically look DOWN WHERE THE KIDS ARE, right? Your target audience isn’t adults!

When any apology begins with or uses the words ‘Our Brand’ then all reasonable idea of a social discourse between people in the real world on ‘The Street’ is irrecoverably compromised.

Don’t tell me that even Sesame Street is following the New York trend of gentrification.

When it moved to HBO the street became a lot less gritty. 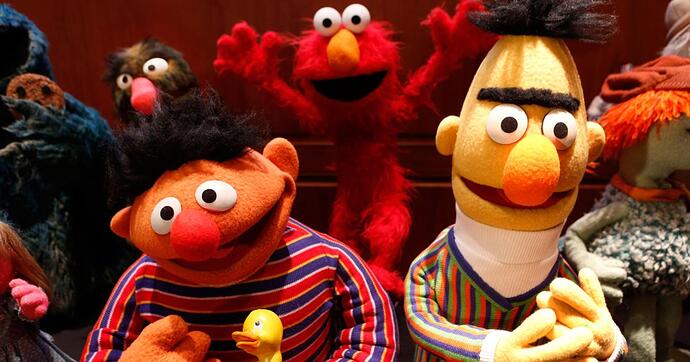 The newly gentrified “Sesame Street” is brought to you by the letters H, B,...

Can you tell me how to get to Sesame Street? It seems to have moved.

Yeah, I saw the video, pretty fucked up.

This was on the morning news today…in Japan.