Taking something from one use and spending a lot of time, money, and materials to force it to work with another use is not recycling- it’s greenwashing nonsense.

There are millions and millions of shipping containers out there in the world and if somebody can make creative use of them so be it.

People are doing amazing things with them in regards to housing…

Incredible Homes Made From Shipping Containers

You might be inspired to build one of your own.

There must be a hell of lot of added reinforcement there. The water will be stressing the container in all the wrong places.

I’m all for people living in smaller, more sustainable and more affordable spaces. With every analysis I see, however, this “tiny home” movement strikes me as less and less of a path in that direction and more and more of a hobby lifestyle for highly privileged young people.

Rather than shipping containers I’d personally like to see more homes make use of old obsolete ships (ok, maybe boats) that are much more likely to end up in a landfill rather that be meaningfully recycled. If you look on Craigslist there are tons of reasonably priced beat up old boats that are already designed to be lived in. Just trailer it to a location, build a foundation for it, hook up power and plumbing, and you’re good to go!

Or sometimes if you find one with a cool wooden hull you can invert it for an awesome Viking-like structure: 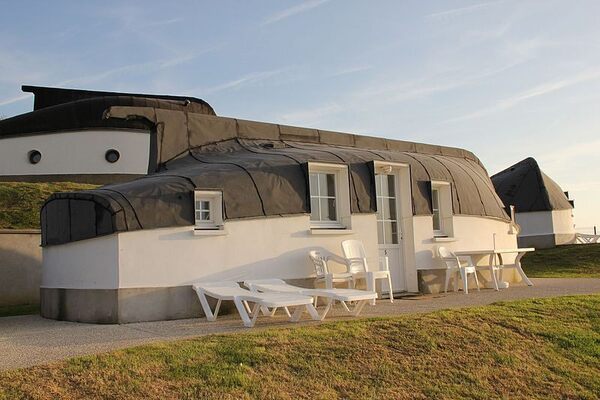 These rustic holiday homes are made from discarded fishing boat hulls.

Taking something from one use and spending a lot of time, money, and materials to force it to work with another use is not recycling- it’s greenwashing nonsense.

A nice reference book on the container concept:

A book about container architecture with examples, historical context and practical how-to advice.

Containers are just another building material if people don’t like the idea don’t use them.

She has a video on those as well.

She also has a followup video on the response to her container home video (spoiler alert!: people suck), and a video with examples of container homes she thinks are done well.

I needed a workshop last year, and considered buying a container. The refurbished ones sold for $10k, and the raw ones sold for $3k and needed a lot of work. Then I asked a friend about that old 20 foot travel trailer in her back yard that was an abandoned restoration project. She gave it to me in exchange for future wiring work. It took about as much refurbishment work as the container would have, and is way more charming. Lots of windows for light and ventilation.

I think it’s useful to keep in mind that we tend to see the extreme versions of this online. While my experience is just anecdotal I have noticed that my friends who have managed to get a house have been getting smaller houses. (Not all, but many). We aren’t likely going to switch to tiny home, but they’ve served as a good igniter for public discourse on home size.

The excess containers are useful in countries that have nothing to ship in order to get rid of them. https://www.usnews.com/news/best-countries/articles/2016-07-11/the-second-lives-of-shipping-containers

I see the trend toward people buying smaller (but not tiny) houses as well, although it’s primarily out of the kind of economic necessity that most of the tiny house enthusiasts I’ve seen online aren’t struggling with.

I do agree that the tiny houses are a good igniter for discussion on how much home a (usually single and/or childless) person actually needs. I also think that some of the space-saving solutions the builders come up with to live in these super-small spaces are clever. In the end, though, what’s really needed is better public policy focused on increased affordability, sustainability, and community for everyone.

Every US mil base in Afghanistan is built using shipping containers.

If and when we leave the containers will stay.

Not always. When we had one it was part of a sale of decommissioned shipping containers. It was fine as a storage building but had reached the end of its oceangoing life. That’s where the argument “Steel is less environmentally friendly than wood” falls apart. If you’re re-using an object that would otherwise be thrown away or recycled you are reducing the waste stream.

My wife and I have been trying to figure out what to do about a small swimming pool, We don’t have a ton of space and I want something easy to maintain.

Ads we have researched it seems these are the best fit; albeit a bit pricier than a standard pool install.

Added plus these are fairly stylish.

If a shipping container is in perfect shape it isn’t good enough to be used as a home.

Not without completely rebuilding them for structural support to the point where it would be cheaper to build a swimming pool and add some corrugated tin on the side and pretend that it had been a shipping container.

Containers are just another building material if people don’t like the idea don’t use them.

Containers are an essentially useless building material that people like to pretend is somehow “recycling” or “green” or whatever. I think at its root it’s some grotesque homeless fetishization.

There’s an idiot on Grand Design who builds his house “out of shipping containers”. He’s a fucking architect! After he draws up his plans and buys his shipping containers he discovers that they have ~0 structural integrity, and less when you cut a bunch of holes in them for windows and doors, so he has to build an enormous and elaborate steel frame to hold them up, and smaller steel frames inside to be able to build out the interiors. I forget the country, but I wouldn’t hire an architect from somewhere with such crap credentialling.

A local hipster market here built out a big area of mini-shoplets using shipping containers. They’re so useless that they had to build steel frames around them all…so that they could support having an air conditioner on the roof.

If you’re in construction, seriously, jump on this fad. Build out buildings with steel frame, mount corrugated tin on the sides, and then charge your clients as if you had used actual shipping containers.

this “tiny home” movement strikes me as less and less of a path in that direction and more and more of a hobby lifestyle for highly privileged young people. 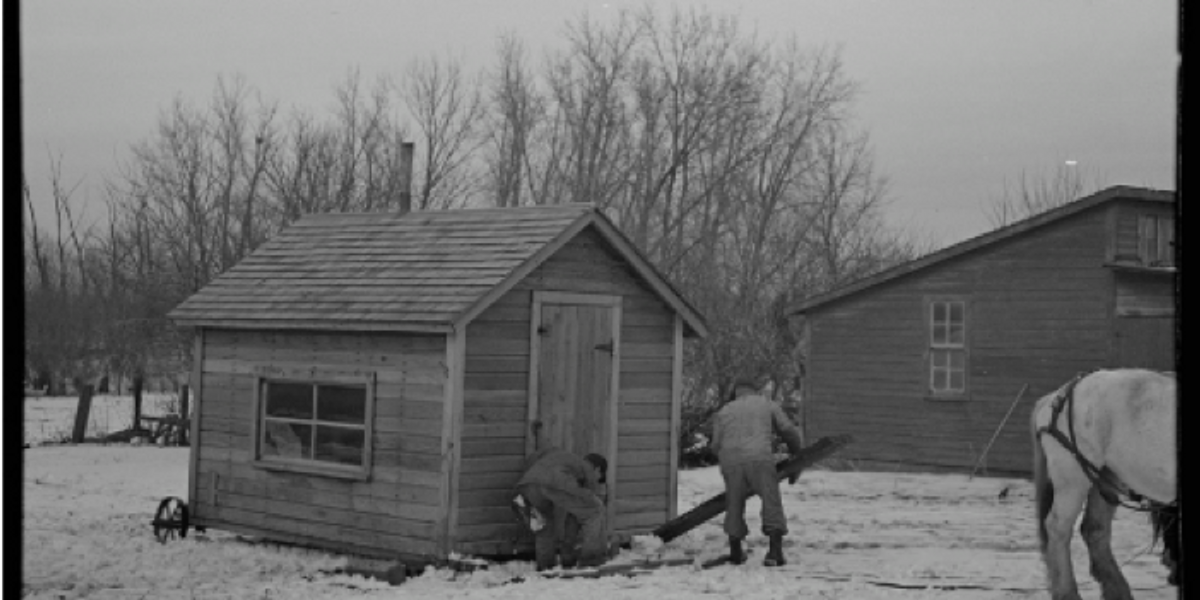 Your Tiny Home Goes Back To The Great Depression

this “tiny home” movement strikes me as less and less of a path in that direction and more and more of a hobby lifestyle for highly privileged young people.

100% this. Tiny Homes are poverty tourism. The question you should always ask is, “Where is that tiny home sitting?” The issue is, and always had been, control of land. These “tiny homes” are always pushed as living at one with nature, being situated on a beautiful plot of land with gardens that you can tend etc etc. Who gets to have a piece of land like that? Rich white people, same as it ever was. Now they’re putting a cabin on it instead of a McMansion, that’s all.

The other arm of this “movement” are the ones on wheels, like you mostly see on tiny home reality shows. Those all end up being really heavy and poorly designed RVs. RVs are a well refined technology and these tiny homes are worse in every way. And guess what? You still need a place to park it. RVs are not legal to park on the street in most suburban municipalities, so be prepared to move around a lot.

You also still need water, power, and sewer for your tiny home. What are those tied to? Land. Tiny homes are not a solution to anything except liberal guilt. Make cities more efficient, more affordable, and more livable for people of every income level. That solves real problems for the most people.