Should cops have to get a warrant before spying on you with a drone?

I like the idea of such limitations on police surveillance, but isn’t this focus on drones a little narrow?

Where’s the outcry about police cameras mounted forty feet up on utility poles, peering into streets and yards alike? Or for those mobile-command-center cherry-picker deals?

Why not a blanket rule restricting surveillance from public areas to reasonable eye-level?

At least, I worry that drones are an easy target, when we need to have a broader discussion about surveillance.

Indeed: are there already restrictions in place for spying via helicopter, or something? It does not seem to me that drones provide a particularly new and exotic form of surveillance beyond what already exists.

Yeah, I don’t see where these are any worse than a helicopter. Probably a hell of a lot more fuel efficient and less damage to things on the ground if it crashes.

76% of Americans believe police should have to get a warrant before spying on you with a UAV. 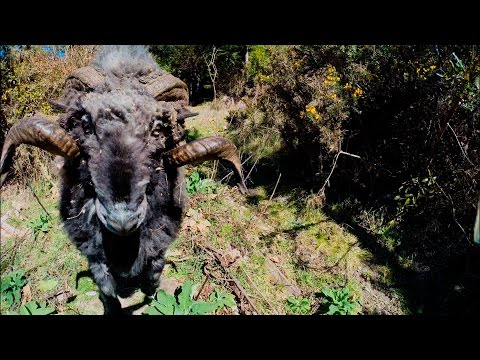 The cameras on poles are set up to not get windows or back-yards in their field of view, generally, at least in the US, from my personal experience with the city group running the local street cams. People get testy if there’s a camera pointing at their property, so the people responsible for them seem to be really aware of that. Drones are a whole other ball of wax.

are there already restrictions in place for spying via helicopter, or something?

They aren’t entirely needed, because the cost of launching a helicopter is high enough that it isn’t remotely cost effective to spy on people that way - far better to just have someone follow the target around in a car, which also has costs that limit its use. (Also you really tend to notice if there’s a helicopter hovering nearby.) Drones are extremely cheap to operate and far less visible, i.e. ripe for misuse.

Send word to governor Jerry Brown if you’re opposed: Tell him to sign AB 1327 to protect your privacy against police drones.

I think this sentence is a little confusing. One should send a message that they are in favor of the bill (which opposes drone surveillance).

Moore’s Law says we’re going to have drones around, and they’ll be hopelessly cheap soon. We need to set policies for them now, before they’re ubiquitous, because otherwise there’ll be no way to stop practices that are obviously abusive.

We need to set policies for them now, before they’re ubiquitous, because otherwise there’ll be no way to stop practices that are obviously abusive.

I think we’re a bit past that already in terms of surveillance. Not from the drone front but from the fact that, in certain areas, you have no privacy whatsoever because of the stationary cameras.

We’re hypothetically protected in that presumably most of that isn’t tied into a mass government infrastructure that’s identifying us constantly to the point where every movement outside of our own houses are trackable (in video form at least) by the U.S. government.

Kind of cold comfort at this point but that’s not to say we shouldn’t fight it either.

The type of camera of doesn’t matter. We already have laws covering this. Even something flying and shooting into a window would already be inadmissible without a warrant - and the video itself wouldn’t justify getting a separate warrant (you can’t use bad evidence to get good evidence).

Current laws - pretty much everywhere, but check your jurisdiction - don’t allow filming from a public area into a private area. It doesn’t matter who you are doing the filming, it’s an invasion of expected privacy. So, you can film into a un-occluded first floor front window that faces a busy street (no blinds or drapes), but you can’t film into a protected yard or a second story window.

Audio from those locations is just as inadmissible - unless the voices were so loud that they could be heard clearly by passerby on the street outside of the public area.

The type of camera of doesn’t matter. We already have laws covering this. Even something flying and shooting into a window would already be inadmissible without a warrant - and the video itself wouldn’t justify getting a separate warrant (you can’t use bad evidence to get good evidence).

Use your favourite search engine to look up “parallel construction.” The “fruit of the poisonous tree” doctrine has been emasculated.

Parallel construction doesn’t exclude what I said.
I’m not use you understand how it works.

For them to use parallel construction, they’d have to (illegally) see what you did with the first drone, and then find another avenue to legally gain the information to acquire a warrant for a second drone. They couldn’t just use one drone to warrant the other.

Yeah, it’s underhanded, but it also isn’t what I described.

For them to use parallel construction, they’d have to (illegally) see what you did with the first drone, and then find another avenue to legally gain the information to acquire a warrant for a second drone.

Such as a tip from a confidential informant who happens to be the first drone’s operator.

We’re actually discussing use BY THE POLICE, not by outside agencies. Officers don’t get to play “confidential informant” without good reason, and the operator of a drone has little to fear. If an officer is being called a “c.i.” only to get a warrant, it may later kill a case.

Recommend you read this.

Currently, with little instruction for how police should use drones, and forces already buying them - it makes no logical sense to pretend they won’t be used. The problem is ensuring that they will be used in best practice. Laws are already on the books about what may or may-not be done to gain camera entry into a private structure. If a force was found to be ignoring those laws:

EVERY case they ever used a drone in would come into question, and believe me, the lawyers would have a field day.

Your citation is to Canadian law. Canada hasn’t yet gone as far as the US down the stairway to Avernus.

My citation wasn’t to refer to Canadian law, but to show the validity of the interpretation of “c.i” when it is a police officer does come into question. It happens rarely enough that it’s hard to find reference.

In America, “c.i” for a police officer is most often reserved for when an officer is actually unable to disclose their identity for reasons having to do with their job: like undercover police officers.

Here’s an article from a Florida Police Chief writing on ethical concerns of using c.i.'s. You’ll be able to tell pretty clearly from the article that c.i.'s are not typically members of the force - or if they are, they’re in undercover character.

(You could do some homework - how about you search for successful uses of police officers as c.i.'s - unrelated to undercover operations - within the U.S.?)

I wasn’t clear there - I didn’t mean that drones would be looking in windows, but doing what helicopters are doing - looking in yards and doing what stationary cameras can’t do - follow people around.

Forty years ago, in the time of the Seigel and Franks case, I’d have surely agreed with you.

Nowadays, I’m not nearly as certain. Jurisprudence since then is full of “good faith exceptions” and similar weakening of protections. It doesn’t help that the parties to these cases are always unsympathetic - after all, in order to have standing to bring an action in this sort of case, a party must already be a convicted criminal, and is nearly always obviously guilty of the crime of which he stands accused.

The most recent case I’ve found (in what, I admit, was a cursory search) of a search warrant being found invalid ex post facto on the grounds that it was based merely on the fervid imaginings of a policeman is the Orozco case. Since I cannot imagine that in the intervening forty years, the police are any less motivated to seek warrants based on concealed evidence, I speculate that the courts have become considerably more friendly to the process. There are a great many cases from the 1970s, and few if any more recent ones.

In the Siegel case (1976), it was a police officer acting as an FBI informant. We’re not discussing drone use by the FBI - which already has more open access to American homes.

In the Franks case (1977), they overturned the earlier finding:

(Included after “MR. JUSTICE BLACKMUN delivered the opinion of the Court.”)

We reverse, and we hold that, where the defendant makes a substantial preliminary showing that a false statement knowingly and intentionally, or with reckless disregard for the truth, was [438 U.S. 154, 156] included by the affiant in the warrant affidavit, and if the allegedly false statement is necessary to the finding of probable cause, the Fourth Amendment requires that a hearing be held at the defendant’s request.

They did so to clarify that not all false statements are “incidental”, and some may have direct impact on the veracity of a claim made to garner a warrant.

Also, no one included in the case would even be considered a confidential informant. The problem here would be most properly considered hearsay. The named police who made the affidavit included one who supposedly heard about a courthouse conversation from another officer (and got it wrong).

On the following Monday, March 8, Officer McClements happened to mention the courthouse incident to a detective, Ronald R. Brooks, who was working on the Bailey case. Tr. 186, 190-191. On March 9, Detective Brooks and Detective Larry D. Gray submitted a sworn affidavit to a Justice of the Peace in Dover, in support of a warrant to search petitioner’s apartment.

“(3) the circumstances did not warrant a pat-down search of defendant,”

and the court disagreed with defense on that claim. The case is about a group of people shooting from within a parked car, and the evidence (spent casings) were found outside of the vehicle.

None of these cases (all three from before 1980) really relates to the concern you’re voicing. Seriously, if this is a valid concern for you - go find examples of it.

Even if it’s used by police…chances are the operator is NOT an officer, and is actually more likely to be contracted to operate the drone… I don’t know how the rules work in this regard, IE, whether a contracted employee has to adhere to the same rules as police. It is likely much cheaper as well to hire someone to fly it, rather than have an officer take the training to do it…