I got 10/11 correct. My method was simple: choose the city that a writer for the Guardian would select as being the most important. This method only failed me for the second map.

Of course, geographic and historic knowledge help: e.g., once you see that there’s a big purple wall bisecting one of the cities, it doesn’t take much to conclude which city that is.

I have a question about this quiz: Why are some of the option sets alliterated, but not all? Strange inconsistency.

That’s OK. I flubbed San Francisco, mistaking it for San Diego. My own fault for forgetting where one particular interstate highway ends versus another.

Out in the east Scottish town of Edinburgh,
I fell in love with a MacIntosh girl.
Nighttime would find me in Fergus’ cantina;
Bagpipes would play and the tartans would whirl

In Soviet Russian we can see your house from here.

Yeah, I do that all the time.

11/11, many of the maps had the city or major river name on them and most Cyrillic letters aren’t that different from Greek. I got lucky on the others.

woo. thanks to a few hints from y’all and being able to make some educated guesses at the cyrillic 11/11.

Got an honourable 8/11. A couple I dithered on, I went the wrong way. I need to brush up on my Cyrillic.

I’ve had to drive some of those nightmare interchanges in #3, so there’s that.

Last time I read about Soviet maps of abroad (The Guardian, a long while back) what was most notable was that the Soviet maps were more accurate than Ordnance Survey (for UK) because they correctly showed, in glorious, accurat and up-to-date detail, many places that the OS had been asked/told to leave off the maps. As you can imagine, our Soviet friends were rather interested in these places as they were typically military establishments of one type or another.

If you are interested in this, these are taken from John Davies and Alex Kent’s book The Red Atlas: How the Soviet Union Secretly Mapped the World, which I highly recommend if you are into maps or the Cold War (or both).

Same here. A decent knowledge of Russian certainly helps, but those maps really hurt my eyes to look at.

Why did they bother? I thought Soviet war planning assumed the war would go nuclear from the start and all those pretty cities would turn into radioactive dust.

In Soviet Russia (and every country with IoShit devices,) house sees you 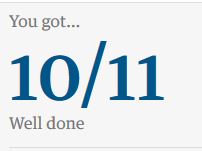 I was quite pleased with my 8/11 until I came here.