Spam was nearly dead, then it became an essential tool for crime and came roaring back

It is surprising that we seem to lack the ability to stop robocallers. I generally waste their time offering to split the spoils of a lawsuit against the robocalling company if the caller will reveal the identity. It has led to some amusing conversations.

I thought the story was about using SPAM cans as a drug currency like bottles of Tide or whatever.

As if a can of SPAM isn’t already a crime against good taste, I too was curious about what nefarious new use had been developed for ‘meat in a can’.

Yeah, based on the headline/photo, that’s what I thought, too. I was trying to figure out how it was “an essential tool,” though.

Why doesn’t this have more likes? It’s the perfect first comment on this story!

Without Spam, I’d never get any emails.

I had almost completely missed the robocall increase because I set my default ringtone to “silent” and only ever see calls from people on my contact list. Recently, I had to change that setting while waiting for a call from a company rep who’s number I didn’t know in advance. I was surprised at the number of calls I was getting. I thought it was just me, then I started to see these stories. Back to the silent ringtone and blissful ignorance. Anyone with something useful to say can leave a message.

I like to take time out of my day and waste the robocaller’s time. I consider it a huge win if I get a human operator to swear at me.

It’s easiest with the credit card scammers who usually are in India.

I still get email from my dead great aunt.

Hmmm - maybe there is something to this new weight loss secret.

[thick Indian accent] “Hello, I am with Microsoft Security. We have detected that your computer is infected with a virus and we can help you clean it.” 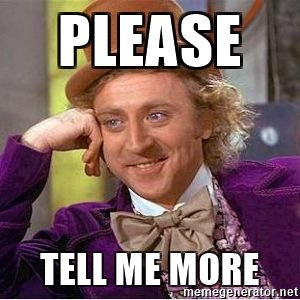 The first time I got that call it was from “the Microsoft Windows Operating System.” I was going to string them along but I just started laughing and I kept laughing until they hung up.

I was amazed reading the first paragraph that so much action had been taken that could threaten SPAM and I never realized. Then I realized they were talking about online SPAM.

And yeah, I too am disappointed I don’t get to find out how it became an essential tool for crime. =o(

It is surprising that we seem to lack the ability to stop robocallers.

Part of it is that *69 and Caller ID are broken/easily spoofed. The annoying recent trend I notice is that the robocaller always appears to be “local”; the area code and first 3 digits of the phone number mirror my own.

Wouldn’t making these features more robust crush the robocallers? They can only thrive because they operate in anonymity.

I like to play with them, especially when they call in my (elderly) father’s name.

“Wow, that’s amazing. Since his computer has dial-up and you’re on the phone with me now… did I mention that the computer’s turned off right now?”

The ridiculous thing was, the guy on the line kept it up. So I called him out on being a scammer, with a few choice words included, and he hung up.