States suspend your driver's license over inability to pay court fines, costing you your job and any ability to repay

And I thought interfering with a person’s right to earn a living was a violation of that person’s constitutionally protected rights.

Fourth Circuit reaffirms that the right to earn a living is protected by the...

In McBurney v. Young, issued today, the Fourth Circuit Court of Appeals rejected a plaintiff’s argument that a Virginia law interfered with his right to engage in his trade, but ... ›

But not your ability to be a valuable future commodity in the Wackenhut portfolio!

When are they going to re-legalize serfdom next?

The article does not mention at what point this kicks in: Is it after one ten dollar fine or is this done to people with dozens of unpaid tickets, as one example. I would have even less sympathy for the latter.

The problem with using ANY kind of fine as a punitive measure is that it will disproportionatly impact the poor.

Imagine Joe Landscaper and Kingsley Trustfund are both brought to court for the same infraction which happens to carry a $500 fine. Joe is scraping by from week to week and may not be able to get the money together for another month, meaning he can’t legally drive his truck from gig to gig. Joe’s landscaping business is now defunct. Meanwhile the $500 fine makes such a minor dent in Kingsley’s bank account that it doesn’t even discourage him from continuing to do the thing that landed him in court to begin with.

Not really. Most jurisdictions will work with you to set up a payment plan, and really don’t want to make you lose your job. It might even be possible to haggle the fine down, although I wouldn’t bet on it.

Everything depends on the temperament of the judge, but if you talk to officers of the court and show up when summoned, they’re a lot more lenient. I know that’s harder when you’re poor, but it’s rarely impossible.

Not really. Most jurisdictions will work with you to set up a payment plan, and really don’t want to make you lose your job.

Not exactly a practice that is applied consistently or universally, as Cory notes in the original post.

Part of the untold story of the Ferguson uprising was that the city funded itself by overpolicing and overfining black people and then throwing them in debtors’ prisons, a practice endemic to black cities in America.

At any rate even if the court is willing to set up a payment plan it still doesn’t change the fact that fines hurt poor people more than rich people. If you want a billionaire to worry about getting a speeding ticket you’re going to have to levy a fine in the seven figure range at least.

I’ve lived through this. I was unable to pay some tickets and court costs, had my license taken away, I couldn’t drive my car so I pretty much abandoned it in the midst of my intense depression. I was unable to get a job for a year and the only thing I could get eventually was a shitty retail job. Those damn tickets set me back financially for years, not cost-wise but because it made it impossible to get a steady income. I don’t know how I managed to crawl out of that hole but I feel like that whole experience negatively affected me, my family and various relationships

If you want a billionaire to worry about getting a speeding ticket you’re going to have to levy a fine in the seven figure range at least. 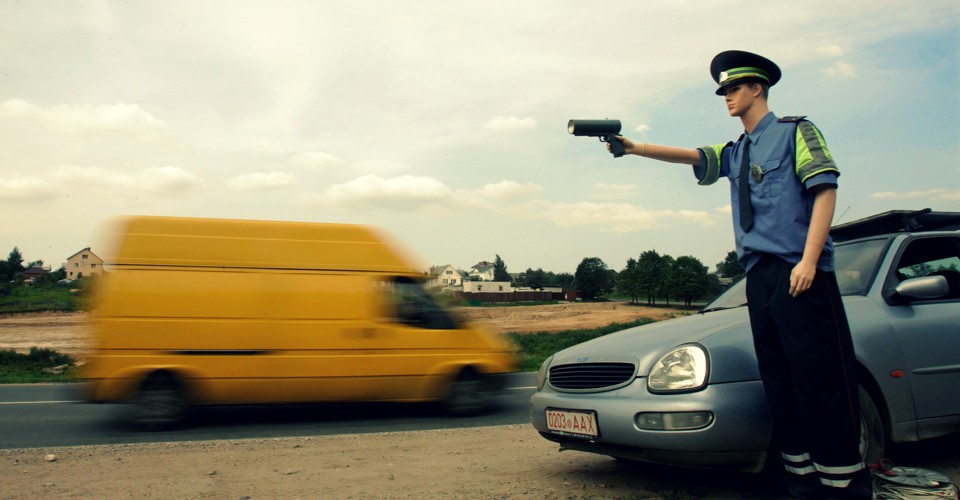 Most of Scandinavia determines fines based on income. Could such a system work in the U.S.?

That’s already been done, which is why there are so many corporate overlords.

Also this, recently. Not really enough in this case as it’s based on income, not assets, but it was increased as much as the judge could get away with.
https://www.nytimes.com/aponline/2017/11/17/world/europe/ap-eu-odd-norway-drunken-driving.html

Switzerland do something similar. A Swedish motorist is facing the world's biggest ever speeding fine of £650,000 after being caught driving at 180mph on a Swiss motorway.

People keep getting Switzerland (Banks and the Alps) mixed up with Sweden (Vikings and IKEA).

See it in the Trades all the time. Had a carpenter whose drivers license was suspended for being in arrears for child support payments to the state, 6 YEARS after his (city-employee) wife had re-married a wealthy accountant. Otherwise hard-working people are denied the ability to get to work - to pay their fines/fees which never stop growing - esp. in job sectors where switching to Public Transportation just doesn’t cut it. Can’t take your van full of specialized tools on the bus after all. So they ride share with sympathetic co-workers, employers, friends etc until they can’t then they lose their job. Thanks, State, great logic there.

I was once coerced into pleading guilty to a minor crime that I was completely innocent of. The fine was $10.00 which turned into $380.00 once court fees were included, which is cheap in comparison to having to hire a lawyer, who wouldn’t have easily made a deal to get my fine waved and just pay court costs. :-/

In the new year? They have to shove through tax reform first.

Here in Louisiana, around 2012-2013, I was late on my car insurance a few times. I always paid it, and the company was always able to continue my policy without lapse.

However, they were also required to notify the state each time. Years later I discovered that I owed the state over $2,000 and even though I could produce a letter from Geico stating that there had never been a lapse,I had no recourse, because I didn’t reply to the state in time.

I ended up paying the two grand, but I’m convinced it is unconstitutional.

Any advice would be greatly appreciated.