I love West. The guy is legit hardcore. 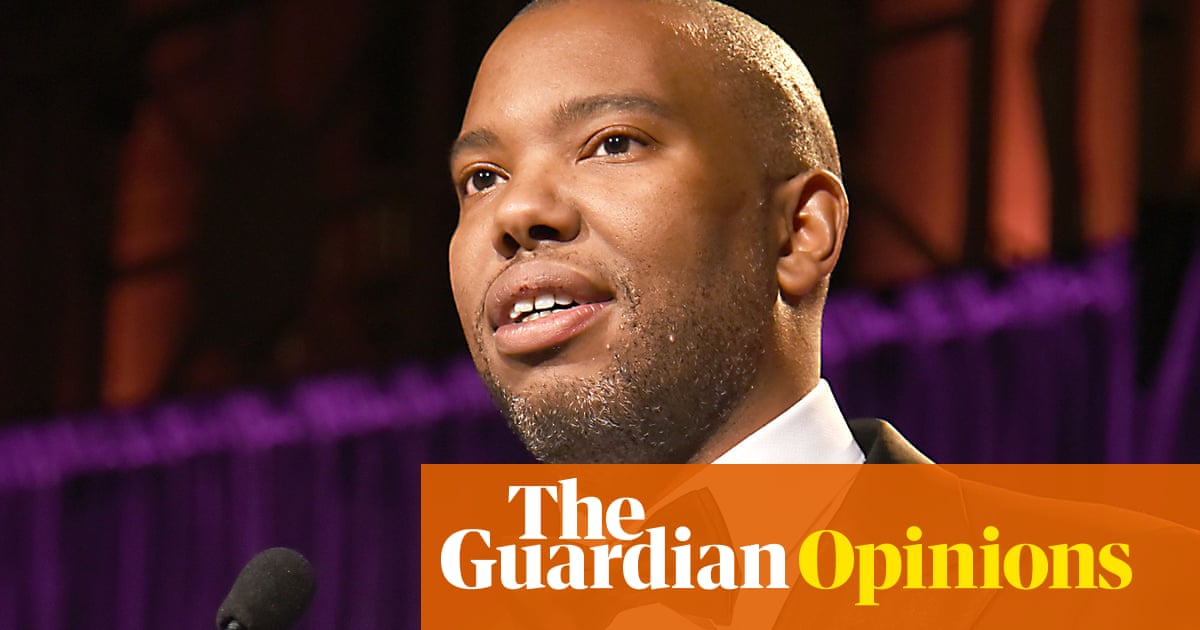 Ta-Nehisi Coates is the neoliberal face of the black freedom struggle | Cornel...

The disagreement between Coates and me is clear: his view of black America is narrow and dangerously misleading

West does seem to realize that the real enemy of us all are wearing thousand dollar suits and working on Wall Street and in the corporate boardrooms.

Agreed, though I’d delete “seem to.”

Again, I’m not a ‘fangirl’ of either man, though I respect both their viewpoints.

I do agree with part of West’s assessment of Coates’ pessimism; he often makes white supremacy seem like an unsolvable problem, a stance which is too defeatist for my tastes.

West also makes some really good points about the common tendency to ignore the fact that white supremacy is inextricably intertwined with the unchecked greed of Wall Street, the numerous crimes our government commits against foreign nations, and many people’s own indifference to poverty and oppression.

Again, I’m not a ‘fangirl’ of either man, though I respect both their viewpoints.

I would love to see Ta-Nehisi Coates respond in depth to this. Cornel West doesn’t pull any punches, but he does seem to be trying to engage in a dialogue rather than an attack, and that rationality is sorely missing in so much of today’s intellectual discourse.

Agreed. I like both of them and think they both have important things to say about race in America. Personally, I lean more towards West, because I think that class needs to be attended to more centrally in our discourses on race in America.

that rationality is sorely missing in so much of today’s intellectual discourse.

That’s because, for the most part, we don’t have intellectual discourse anymore, we have partisan hacks attacking each other for more air time/exposure for their books. What is passed off as intellectually discourse is all too often cheap calories that sound intellectually, but are really just puff pieces that like to throw around smart sounding ideas.

I don’t think that either Coates or West fit in with that, mind you, and are exceptions to the rule.

I don’t think that either Coates or West fit in with that, mind you, and are exceptions to the rule.

Agreed. And that sound and fury has unfortunately permeated from public punditry to the general public, in no small part helped along by Facebook.

Personally, I lean more towards West, because I think that class needs to be attended to more centrally in our discourses on race in America.

I must admit that I lean toward Coates myself mainly because however much I respect someone, I tend to be a little wary of theologians. That said, the world is the better with both of them and would benefit from a thoughtful dialogue between their two different perspectives.

I tend to be a little wary of theologians.

Same here, but West gets a flying pass from me - every pronouncement he’s made that I’ve been aware of is totally valid in a secular context.

I would be stoked to see him in public office. No qualms whatsoever.

I would love to see Ta-Nehisi Coates respond in depth to this.

For starters, see this thread:

His wall of links seems impressive at first, but as @tergiversor says,

West’s criticism is unfocused but nowhere in these pieces do you substantively address corporatism, profit motive, or capitalism (outside the intercept discussion on black capitalism) in the context of these issues. Not saying class trumps race but the absence is glaring.

I think it’s fair to critique what seems less and less to be an oversight in Coates’s work and more of an intentional dodge.

A big part of the reason I love Cornel West is that he seeks to draw all the poor folks together and speak to them as one. MLK style - you manage to get that ball rolling, and it’ll fuck the scum right up.

And as someone else there said:

He won’t address him straight up and give us a good debate. The high road of “read my catalog. Thanks for your viewpoint.” Man came straight at you. Say something.

lol, no
This is a thirsty whiff. Also, dude who rode around on the Wells Fargo Poverty Bus with Tavis really doesn’t have much of a leg to stand on, in terms of calling other people neoliberal.

Cornel West identifying TNC as neoliberal makes as much sense as West saying that Trump had killed neoliberalism, which he also did
Brainspore 18 December 2017 17:58 #13

I would like to see Cornel West construct an argument against Ta-Nahesi Coates in the form of a Black Panther comic storyline.

He has a hip hop album…

YES. Let’s continue this discussion across ALL THE MEDIA.

I think it already is!

I am a white dude. Grew up poor, but climbed out of poverty by a series of Lucky chances that frankly aren’t given to most people. I am painfully self aware of that fact in addition to not having walked a mile in someone else’s shoes. So take everything I say with a metric (not imperial :D) ton of salt.

I agree with the economic statements. It isn’t always about money, but money drives power, power drives inequality. If we change a few things–in my opinion basic income and higher education for all–it would move the needle on inequality faster than anything. Unfortunately my dog ate my Excel spreadsheets and PowerPoints to prove this

I lack the education and experience to really discuss the issue. However I do believe that economically enfranchising people is a rational, doable step in the correct direction.

I think part of what leaves me wanting more here is that West says Coates is silent on some issues and Coates says he isn’t. Rather than further back and forth over what Coates has or hasn’t addressed in the past, I’d like to hear a live debate where they sit down and West asks for Coates’ views on the issues West believes Coates has ignored. I realize this might mean Coates will have to repeat some of his work with which he feels West is unfamiliar. But it would be an opportunity for two essential voices of our time to engage in a dialogue, and it’s hard not to imagine some valuable new insights would come from that meeting of the minds. That said, neither is or should be beholden to what I want; that’s just my humble hope.

Folks have asked my thoughts re @CornelWest's article on @tanehisicoates given my own critique of TNC in New York Mag. nymag.com/daily/intellig… In short: while I have quite a bit of respect for TNC & think some of West’s claims are over broad/unfair, theres truth in his critique

Racism May Have Gotten Us Into This Mess, But Identity Politics Can’t Get Us Out

Ta-Nehisi Coates tells us that Donald Trump’s racial appeal makes him America’s first white president. But how do we make him the last?

I’d like to hear a live debate where they sit down and West asks for Coates’ views on the issues West believes Coates has ignored.

Yeah. And I’d really like to see them resolve their differences and join forces in order to reach a larger audience.

They could found a SJW I have a dream team. Throw in Bernie, Liz Warren, Matt Taibbi, Bell Hooks, Jessica Valenti, Chuck D… help me out here.