Stop-and-frisk as the most visible element of deep, violent official American racism

I always get a kick out of going to www.policeone.com

the picture that I got in my head: 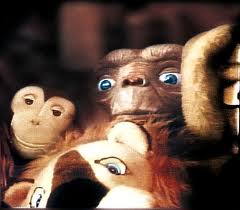 This one sounds a bit more menacing:

Yet another use for duct tape on patrol Submitted by: Edward Warner NYPD, New York During my 25-year career I used to carry a long strip of duct tape wrapped around a tiny mag-lite flashlight. Whenever I had to go into an apartment building or multi-family dwelling ...

Right … and “them’s not bad odds” especially if they’re not likely to be stop-and-frisked.

Oh, come on. If they don’t want to get pulled over so much, they should just stop being so brown.

How in the world is Stop and Frisk still a thing? This should have been clobbered ages ago by a fourth amendment appeal. Are they really that good at only targeting people who can’t afford lawyers?

When I first heard about this happening in NY, my thought was “Yet another stupid law that sounds great to some paranoid old white voters in a campaign ad, but is going to be overturned by the courts in 6-12 months”, yet here we are in 2014 and it’s still happening. Seriously, WTF.

You’d get plenty of coke busts.

Are they really that good at only targeting people who can’t afford lawyers?

Nope, the NYPD just doesn’t have any accountability for the payouts, so nothing changes:

The NYPD’s increased use of stop and frisk in the last few years has corresponded with costly litigation contesting the practice and also a significant rise in the number of tort claims filed against the Department, as recorded by the Comptroller. Between 2007 and 2012, the number of claims against the NYPD grew by 52%. Claims against the NYPD reached a historic high in 2012, with 9,570 claims filed. In 2009, for the first time in thirty years, the NYPD became the city agency with the highest dollar amount of settlements and judgments paid out, surpassing the Health and Hospitals Corporation (“HHC”). The Comptroller recommends that the NYPD and other city agencies at similarly high risk for claims be held financially accountable, as HHC now is. Currently, no money is debited from the NYPD’s budget to account for settlements and judgments against it.

Kudos to Christopher E Smith for posting this as a white man. Not only is he drawing attention to a problem that most white people turn away from as someone else’s problem, but white people are, sadly, more likely to listen to him on this racist problem than they are to a writer or other people who aren’t white.

Wow… I was thinking non-cop trolls might explain a lot of the insanity there. If that’s true, that really is disturbing. How do they verify that it’s real cops?

How? They’re the police! They just use the bro-net to verify.

‘Hey Bill, it’s Jerry here … Yeah, Martha’s fine thanks. How’re the kids? … Good. Say, listen. We got a PoliceOne request here from some guy named Joe Smith, says his number is Q123456. Can you do an ‘informal’ search on your department’s HR system to confirm this guy exists? … He does? … Oh, you know him? Is he a good sort, or one of those guys? … Good sort? Excellent. I’ll send him an approval email now. Cheers Bill … you have a good day too.’

Your tax dollars at work.

The difference between NYC and the Deep South is that in NYC they have to make Stop&Frisk an official program, as opposed to the South where they can just stop people and frisk them.

Cory: I’m going to quibble with your aside: you may have witnessed this, or been part of it, but saying you experienced it yourself implies that you were singled out for being brown.

by way of analogy, having SSSS on your boarding pass at the airport is a much different feeling than just traveling with someone who has that kind of pass.

Except that the “this” Cory’s referring to having experienced isn’t “being singled out for being brown” but “observing the difference in the amount of police attention his crossing the border generates while alone or traveling with other whites, compared to when traveling with people of color,” an experience he just finished talking about Smith relating.

I used to regularly read P.C. David Copperfield of Wasting Police Time’s blog. He provided a laconic, and usually bleak but sensible view of the UK police, but the comments from other coppers were unreal. Them and tweedy, Blimpish British gun-nuts just itching to stop some murdering foreign knicker-sniffer with his fowling-piece.

I read that one too. And Nightjack, and PC Bloggs.

I remember this, too.