Survival of the fittest? More like "friendliest," scientists argue in new book

There is a paper, by the same name, by one of the authors (Brian Hare): 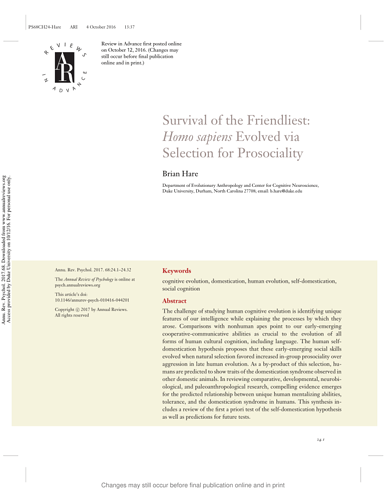 (PDF) Survival of the Friendliest: Homo sapiens Evolved via Selection for...

PDF | The challenge of studying human cognitive evolution is identifying unique features of our intelligence while explaining the processes by which... | Find, read and cite all the research you need on ResearchGate

The challenge of studying human cognitive evolution is identifying unique features of our intelligence while explaining the processes by which they arose. Comparisons with nonhuman apes point to our early-emerging cooperative-communicative abilities as crucial to the evolution of all forms of human cultural cognition, including language. The human self- domestication hypothesis proposes that these early-emerging social skills evolved when natural selection favored increased in-group prosociality over aggression in late human evolution. As a by-product of this selection, hu- mans are predicted to show traits of the domestication syndrome observed in other domestic animals. In reviewing comparative, developmental, neurobi- ological, and paleoanthropological research, compelling evidence emerges for the predicted relationship between unique human mentalizing abilities, tolerance, and the domestication syndrome in humans. This synthesis in- cludes a review of the first a priori test of the self-domestication hypothesis as well as predictions for future tests.

Wikipedia says that Herbert Spencer coined the term “Survival of the Fittest”, and Wallace and Darwin both preferred it to “natural selection”.

In July 1866 Alfred Russel Wallace wrote to Darwin about readers thinking that the phrase “natural selection” personified nature as “selecting”, and said this misconception could be avoided “by adopting Spencer’s term” Survival of the fittest . Darwin promptly replied that Wallace’s letter was “as clear as daylight. I fully agree with all that you say on the advantages of H. Spencer’s excellent expression of ‘the survival of the fittest’. This however had not occurred to me till reading your letter. It is, however, a great objection to this term that it cannot be used as a substantive governing a verb”. Had he received the letter two months earlier, he would have worked the phrase into the fourth edition of the Origin which was then being printed, and he would use it in his “next book on Domestic Animals etc.”.[1]

You will be led to judgement like lambs to the slaughter--a simile whose existence, I might add, will not do your species any favors.

No one calls redwoods, "weeds’. Yet somehow, companies like Enron don’t get called out for being weeds, not until they’ve done a lot of damage.

Weeds is a meaningless word that is only important to those awful humans who are ruining the planet.

oh dear, i’m oversimplified and ridiculous and grim now. (probably the result of too many years of doing research on protein evolution) i’ll try hard not to present such a grim aspect and to present a more ‘friendly’ opinion [wink]. thank you for the correction. (by the bye, somewhat ironically i’m a referenced author on this review)

I thought that some species of dandelion reproduce sexually? I know that those seed pods seem to be the result of sexual reproduction and pollination. And no sense wasting effort on flowers either.

Two different strategies- both work well depending on the environment.

as Darwin and biologists use and understand it,

Herbert Spencer created the phrase “survival of the fittest”. Spencer was also one of the proto-libertarian-capitalists.

Now now, madam, that is not how one reacts when presented with such a rapier-sharp appeal to authority. Have you no manners? Egad.

My spirit animal is Master Li.

“My surname is Li and my personal name is Kao, and there is a slight flaw in my character,” he said matter-of-factly.

For a moment I thought finally one of my submissions to BB had been accepted… This interview with Rutger Bregman goes in the same direction: 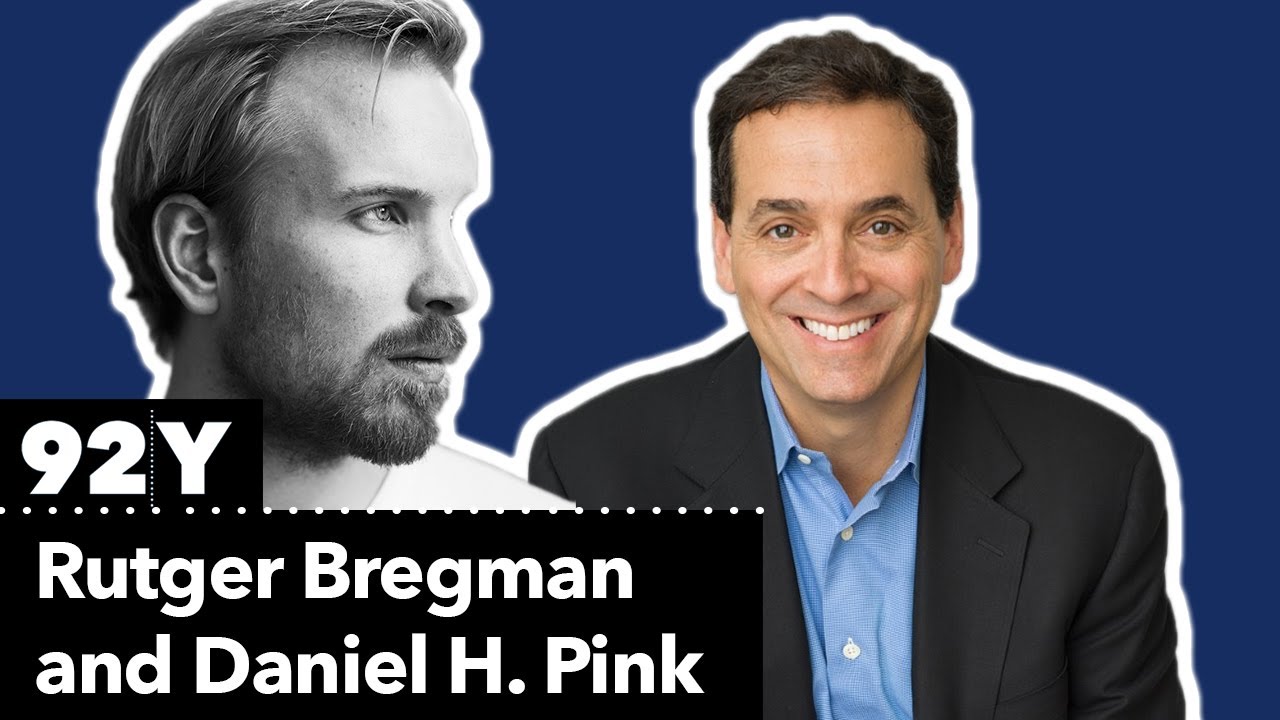 Could “modern” (last 40,000 years) human fitness be a two-stage variation on punctuated equilibrium? Friendly community builds, say, a working farm [only enslaving other species]. Similar communities grow seeing the efficacy, see similar growth. Then a rapacious group sees the efficacy in simply taking it away and enslaving for a few generations until that is thrown off and the peaceful settlement plan is retried. Repeat until we seem to have both populations living together in the same border and fewer options to do one or the other.

Many biologists looking at article,book, and topic comments:

I’ve never thought that the term ‘fittest’ when used this way means ‘spends the most time at the gym’, rather I have always seen it as meaning ‘fitting into its environment the best’.

Yes, I always thought of it as fitting in like a puzzle piece… just so: 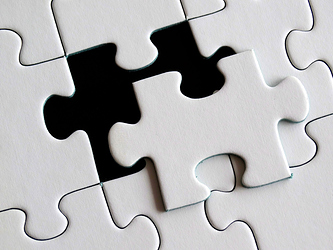 The problem is that Herbert Spencer had ideas about what kind of people fitted into the environment best, and believed in eugenics to remove people he thought didn’t fit. Friendliness and mutual aid were not what he believed were fit.

It would be hard to retire the phrase “survival of the fittest” at this point, but we can at least recognise it’s racist, classist and ablist origins.

The misuse of the concept hasn’t damaged society, it’s just annoyed a few biologists. If policies were socially justifiable using “survival of the fittest”, then society would have justified them with “might makes right”. Policy comes first, then whatever concept you need to rationalize the policy.

Seems obvious; almost a tautology, right? But (given sufficient time and death – the real “secret keys!”) it’s the primary driving force of evolution.

And, umm, “most fit to reproduce” might have something to do with “friendliness”?

“In regard to bodily size or strength, we do not know whether man is descended from some small species, like the chimpanzee, or from one as powerful as the gorilla; and, therefore, we cannot say whether man has become larger and stronger, or smaller and weaker, than his ancestors. We should, however, bear in mind that an animal possessing great size, strength, and ferocity, and which, like the gorilla, could defend itself from all enemies, would not perhaps have become social: and this would most effectually have checked the acquirement of the higher mental qualities, such as sympathy and the love of his fellows. Hence it might have been an immense advantage to man to have sprung from some comparatively weak creature.” Charles Darwin, The Descent of Man

And, umm, “most fit to reproduce” might have something to do with “friendliness”?

In the case of Homo Sapiens, Hare and Woods are sharply critical of the idea of “survival of the fittest,” which, they think, suggests that the capacity to fight and compete is the key to evolutionary success. In their view, friendliness is far more important, because it leads to cooperation.

At the same time, Hare and Woods emphasize that our unique capacities come with a dark side. They call it “dehumanization”; it might also be called “tribalism.” Because of self-domestication, dogs and bonobos are friendlier, but they “have also evolved new forms of aggression toward those who threaten their families.” Hare and Woods speculate that the increases in aggression are a product of changes in the oxytocin system, which help a mother bond with a newborn but also feed a kind of rage that she feels when her baby is at risk. Similarly, Homo Sapiens, shaped by self-domestication, became simultaneously more able to connect with each other and more willing to mount violent defenses against outsiders. “We can become highly xenophobic when responding to a stranger from a rival group.” Our affection and even love for members of our own group, so important to cooperation, is accom- panied by aggression toward and fear of people whose identity is different. Hare and Woods point to alarming evidence that people will often say, in surveys, that they consider members of rival groups to be less than fully human; after the 2014 Gaza war, for example, both Palestinians and Israelis said exactly that. With respect to dehumanization, genocide is the extreme case.