Ta-Nehisi Coates makes the case for reparations to Congress

Over the last week, every time he opens his mouth Turtle Man has been getting some serious slapdowns from people far more clever than he can ever hope to be. I hope it continues.

Genius. Well worth watching. May his words find fertile ground.

Coates is thoroughly persuasive here. His words are chosen with great care and to great effect. It is a shame that so many will simply dig in their heels and resist even having this conversation, let alone changing their minds on any aspect of the issues around reparations.

Mr. Coates has been one of the greatest instructors to me repeatedly for gratis on the internet, in print, and radio.

I can’t repay him personally. I do agree with him wholeheartedly about reparations.

My thoughts exactly. I could show this to my GF’s parents, and they’d nod, and say it’s a shame that there are so many poor black folks, but that they shouldn’t have to pay reparations, black people should just work harder. And stop having so many babies by different fathers, gotta throw that in there.

Then they’d comment on how well-spoken Coates is. It’s the kind of casual, concern-trolling racism that just drives me insane.

I have mixed feelings on the subject. On the one hand, there’s the principle of fairness and justice. On the other, the hazard of defining what would be fair and just. He certainly makes a good argument for post civil war justice.

Trying to tally all the injustices and balance them against time, complicating factors*, blood lines, etc then agreeing to a dollar amount seems a recipe for just throwing up our hands and saying “Too Hard!” But something should be done. Maybe it’s not the right sort of justice, but I’m more in favor of policies that alleviate wealth disparity for everyone. That should disproportionately help traditionally disadvantaged people (and more proportional to their circumstances), be less controversial, and more likely to guarantee long term prosperity for everyone. And not as likely to die from us-vs-them controversy.

Then again, if I were smart enough to know how to do that, I might not be spending my afternoon reading stuff on the internet.

*complicating factors: all the what about this and that that gets brought up. Some legit, some not.

Please don’t flame me. I want to see things set right. I just am not sure reparations are the best mechanism. I almost wish the word wasn’t being used so we could explore more options with less rancor.

I see the biggest benefit to reparations as trying to force the first ever serious conversation about the legacy of slavery. Yes the logisitics of reparations mean that any plan has arbitrary lines around the who and what of reparations. But actually discussing where those lines are requires discussing the legacy that white american has become so skilled at turning a blind eye to

Trying to tally all the injustices and balance them against time, complicating factors*, blood lines, etc then agreeing to a dollar amount seems a recipe for just throwing up our hands and saying “Too Hard!”

When I was a kid and first heard about the idea for reparations I thought it was impossible to do for the very reasons you cite. I also thought it was unnecessary because post-MLK everything was better-- I would see old TV footage of marchers being hosed in Alabama and think “that was then, this is now, we fixed that.”

But it was never really fixed. And it’s not impossible to achieve either. When people hear “reparations” they think cash payouts (and maybe a Dave Chapelle skit where Ashy Larry buys an entire truck of menthol cigarettes), but all the federal government needs to do is offer the modern equivalent of 40-acres-and-a-mule, something like free education, interest free loans to start businesses, or even buy up vacant homes and offer them to the most destitute black families. Probably some kind of program to free up a huge portion of the prison population as well (that’s a more difficult subject, but also not impossible.)

I’m not flaming you, I know where you’re coming from, the word “reparations” has become heavy with everyone’s individual mental baggage. The biggest issue is really just framing the idea in a way those most opposed to it will understand and hopefully accept. “What if we could make that ghetto in your capital city disappear, and grow the local economy at the same time? All it would take is to buy three fewer bombers for the Air Force.”

the hazard of defining what would be fair and just.

but I’m more in favor of policies that alleviate wealth disparity for everyone.

We can certainly do both, but you need to open your eyes if you can recognize that we still have yet to dismantle racism in this country and that it’s still negatively impacting black communities (economically, socially) disproportionately.

Maybe it’s not the right sort of justice, but I’m more in favor of policies that alleviate wealth disparity for everyone

That has nothing to do with reparations for African-Americans, though. We need to see those policies, yes, but they shouldn’t be enacted instead of reparations just to avoid controversy and keep white people from feeling butthurt.

Reparations, like removing monuments to the vanquished racist traitors of the Civil War, are a specific material statement – part of a truth and reconciliation process. They’re supposed to be freighted and make people uncomfortable. They’re not necessarily direct cash payouts and they don’t have to be funded via regressive taxes. What they do is acknowledge in a substantive way that the economic prosperity of white people in this country is built in large part on slavery and Jim Crow and their follow-ons that persist to this day.

Maybe if we stall the wall long enough for an adult to take office, they can use the money they were going to spend for it to pay this!

turn all that hate money into something nice! (Im sure its not that simple, just talkin)

Actually, those are the sorts of policies I would expect and why I think the word reparation carries the wrong connotations. You put things into words much better than I did. Thank you.

(and I got your weren’t flaming me. That’s distinctly different. But this can be an emotional subject, so I worry about speaking up.)

But it was never really fixed. 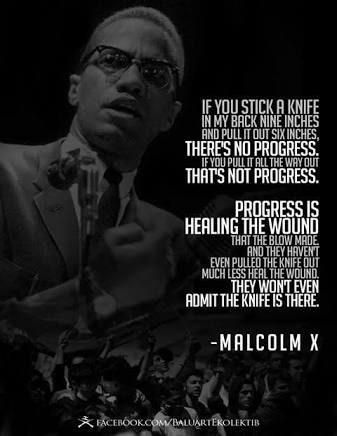 Owning up to our country’s ugly, bloody and shameful past without white-washing it, sugar-coating it, or making excuses for it is the necessary first step in the long journey towards true equality and societal progress.

offer the modern equivalent of 40-acres-and-a-mule, something like free education, interest free loans to start businesses, or even buy up vacant homes and offer them to the most destitute black families. Probably some kind of program to free up a huge portion of the prison population as well

All those ideas would be excellent starting points.

I will say, as a black man, one thing as a reparation would be ensuring that black voters the right to free access to polls was restored. One memory of the last election was watching the news and seeing the polling places in areas that supported Trump with their short orderly lines while the deep South polling places had long snaking lines of black voters who had been there for hours. I am not to fond of the “both sides”-ness of trying to restore justice without admitting that black people in America were done an injustice. I remember a military video, post liberation of a concentration camp, where the US military paraded the citizens of the town through the camp where they could pick up the skulls and teeth of their neighbors, peer into the open graves and ovens, and remind themselves that this was a reality that they were responsible for.

But those are not reasons to dismiss reparations, they’re just complications. I think it’s time for reparations, but I think it needs to be done in a way that doesn’t feel like a tax on “white america” and in a way that doesn’t look like a “windfall” for descendants of slaves that comes at the expense of other minorities. Done wrong, it would only further racial and economic divisions. I like the idea of a UBI as one way to have a reparations-like program, but it’s perhaps just a little too race-blind to serve that purpose. I can see other ways of doing it though, through things like free college tuition, health care, and subsidized housing loans and other similar programs meant to alleviate the problems created by the legacy of slavery. I think one way to fund it that might feel like less of a tax is to use proceeds from the sale of federal or state land, or other resources (i.e. grazing and mineral rights) to fund these programs, especially in states that supported slavery. We just have to be cautious about that because we don’t want to create a Weimar-like situation.

From the comments section of The Root, one of the smartest comments you’ll read all day: 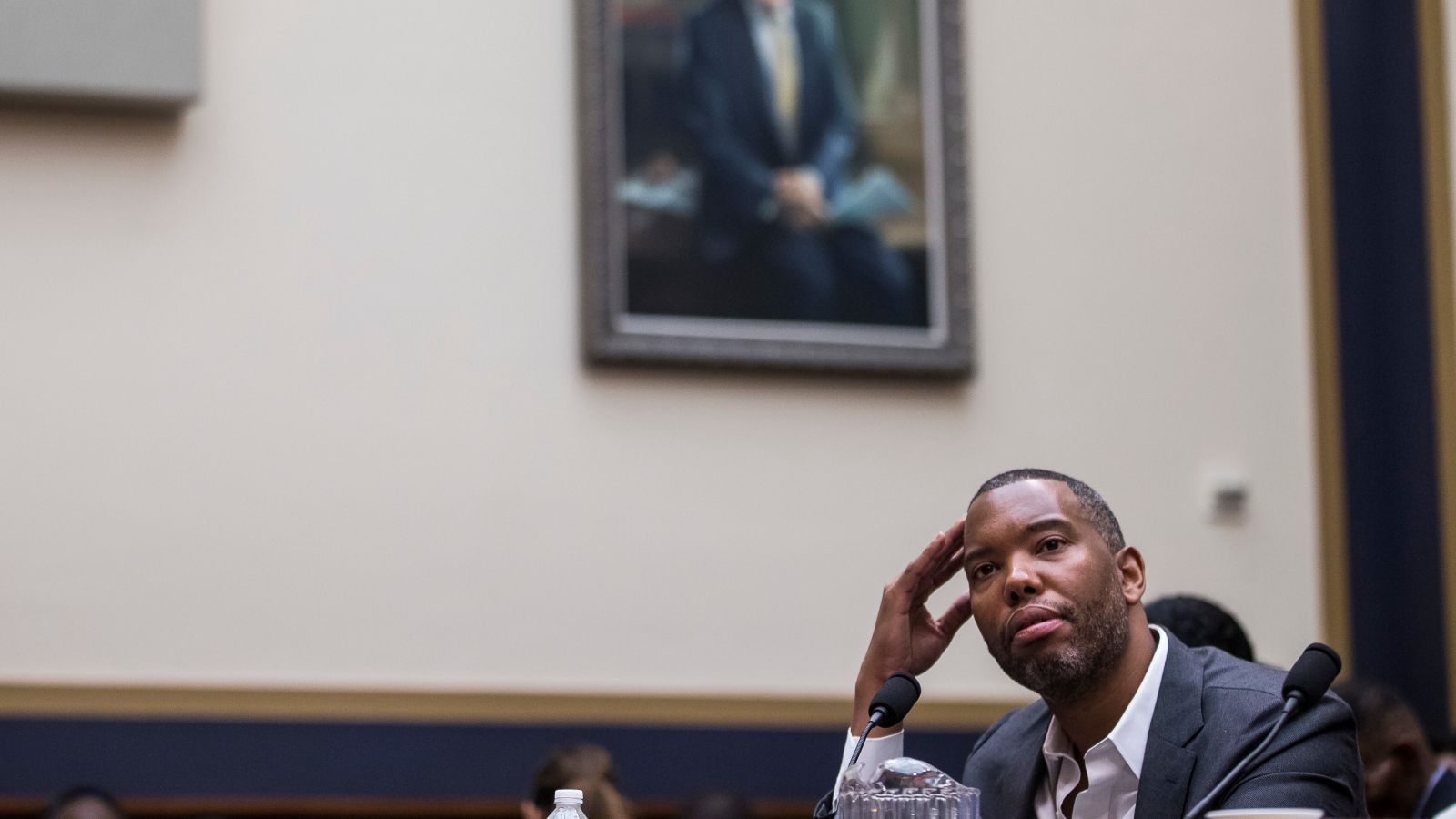 Ta-Nehisi Coates Clapped Back at Mitch McConnell for Saying ‘No One Alive’ Is...

On Wednesday, the House Judiciary Committee’s Subcommittee on the Constitution, Civil Rights and Civil Liberties held a hearing about H.R. 40, a proposal from Rep. Sheila Jackson Lee (D-Texas) that would authorize a national apology and study...

Okay, let’s talk about this.

The number one problem Black Americans have is that they lack net worth. Why is that? The reason is because the numerous generations prior to 1970 were not allowed to have it. After being freed, white men would just take it. When they could no longer just take it, they refused to give business loans or good jobs to allow people to move up.

Now, we are finally allowed to move up, but we are saddled by debt when we do. Going to college is debt. Buying a house is debt. Kids is more debt. Cars debt. White people have these same expenses, but they have money from previous generations to offset those expenses. We don’t, and the only reason is because it was STOLEN.

What Black Americans want is to get paid for what we did. We built this country for next to nothing. We had our inventions, arts, and ideas stolen by white people who montiezed them. It’s not unfair or dumb to want help getting out of the hole that white Americans put us in while stealing the wealth from our contributions.

Finally, stop it with the white messaging. White fear isn’t Black people buying 40 ounces and clothes. They profit off of that.

Their fear is Black men like me who have outperformed them and advanced past them in one generation. We are already beating them and they been here hundreds of years with major advantages. If they let us out of this debt hole, they know it’s all but over for them and for some reason you are on their side. Why?

Why not fight for what you are owed and use that money to go to school and get out debt free like they do, and you probably would if your parents and grandparents had the same advantages as them?

I will say, as a black man, one thing as a reparation would be ensuring that black voters the right to free access to polls was restored.