I’m really glad to hear this. She’s endured a lot of violence in her short life, but it is possible to go on and even thrive. That would be a much more satisfying ‘fuck you’ to the perpetrators.

According to the article she still died? “Palliative care” means they make you comfortable while you die.

It’s not euthanasia in the technical sense, but that’s splitting hairs. A more honest headline is “very sick person dies”. Being a rape victim doesn’t seem relevant to the story.

According to the article she still died? “Palliative care” means they make you comfortable while you die.

It’s not euthanasia in the technical sense, but that’s splitting hairs.

It is absolutely not splitting hairs. Euthanasia means medically induced death. Palliative care means not being medically forced to live. There’s a huge, important, difference between the two. Nothing “technical” about it.

In both cases the patient decides to die, the difference being that doctors can either speed it up or not. In practical terms, the difference is a couple of days/weeks/months of being drugged up or in a medical coma.

As someone who watched people die of cancer before palliative care was a thing, let me say fuck off with your false equivalence. They are absolutely not the same thing, and I am someone who supports Right to Die.

Everything @MalevolentPixy said. In “practical terms” the difference is closer to one of being tortured vs. having your bodily integrity honored.

In both cases the patient decides to die, the difference being that doctors can either speed it up or not. In practical terms, the difference is a couple of days/weeks/months of being drugged up or in a medical coma.

While the outcomes are the same I think there’s a mile-wide difference between refusing to force feed someone (which in many contexts is rightly considered torture) and giving them drugs that will kill them.

This is the trap zone of personal/group autonomy- does the harm a person who genuinely wants to die experience outweigh the pain others will experience by their passing? Which is worse, forcing someone to live (a condition they never accepted in the first place) or forcing others to grieve?

As a person who has loved others that have wanted to die (some are still here, some are not) one of the things I think about is how painful it truly is to love someone in that state. I dunno. Turtles all the way down.

I think maybe some people are misinterpreting my posts.

I was attempting to say that making euthanasia illegal while allowing palliative care is a strange position to hold since mechanically the only difference is forcing the dying person to linger longer. If you have decided that it is better to allow a dying person to die, then it doesn’t make sense that we then come back and say that you’re only allowed to die in the slow and and painful way.

Oh darn, yeah, I assumed without reading this latest article, that @beschizza was saying she didn’t actually die after all, which was welcome news to me. She wasn’t ready to die because she had an incurable disease; she was suffering from complex PTSD due to sexual violence in her life. That is difficult, but surmountable, in the way that 4th stage pancreatic cancer usually isn’t.

Personally, I think her rapists should all be tried for manslaughter. They committed the crimes that resulted in her death.

That still doesn’t make them the same thing, and conflating them like that makes it easy for those who don’t believe in Right to Die to cut back and deny palliative care, until we’re back to not allowing terminal cancer patients morphine on account that they could become addicted.

the publish-now-edit-later nature of modern newsmedia,

The 24 hr news cycle and the focus on getting eyeballs vs providing a service is why the newsmedia is like this now, and why it is terrible.

I don’t think that is what palliative care is about? It’s about making someone as comfortable as possible while their health deteriorates, not forcing someone to die slowly and painfully.

It is legal in the Netherlands - but the courts felt that her situation did not qualify as hopeless and unbearable suffering. However, they can’t force-feed her either, hence palliative care.

Edit: And now I am at fault - it was not the courts, but a clinic that rejected her application (because she is a minor and did so without the knowledge/consent of her parents)

But the main point of this posting was that media outlets take information and twist it into something sensational without verifying the facts. In the case of right-wing news outlets, it fits their narrative that political correctness and bleeding-heart lefties/euros would allow the state to kill someone just because they are sad/depressed (therefore the left is mentally weak of course).

One commenter on Twitter suggests that what happened to Noa could be considered “euthansia,” even if it’s not how we commonly think of it: 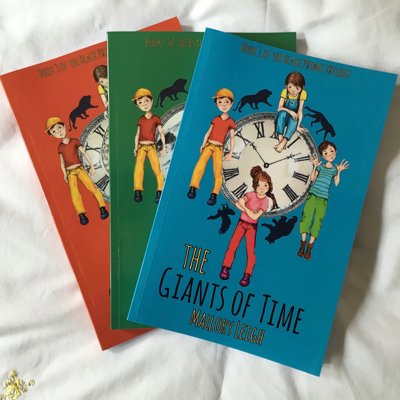 @NaomiOhReally Thanks Naomi. Genuine question - if “the state” decides to “allow” someone to take their own life, isn’t that effectively euthanasia? If she was in the UK wouldn’t the courts have insisted on her being force-fed?
1 Like
jandrese June 5, 2019, 4:05pm #15

This is the point I was trying to make. Even though the Dutch don’t consider this euthanasia, it would be in other countries. The line between the two is not very thick.

It is an outrage that some countries institutionalize cruelty for supposedly moral reasons.

What I find interesting in the interactions between jandrese and MalevolentPixy (difference between palliative care and euthanasia) is that clearly they are both thoughtful people who have looked at a situation and come to very similar understandings, with the exception of one critical aspect that seems to overshadow the similarity.

And as MalevolentPixy points out, people with agendas and motivations capitalize on those aspects and use them as wedges to hurt every thoughtful person, the entire community of thoughtful people.

So not sure what to do about it, just commenting.

Then fight those people directly. Don’t let them make laws that mandate unnecessary suffering. Don’t try to play games with words that allow them to slowly undermine the institution by a series of reasonable sounding baby steps. And definitely don’t let them control the branding. This isn’t the “murder by doctor” movement, this is the “reduce suffering and distress” movement.

I can’t really speak to the UK, but there doesn’t seem to be consistent law around when to force-feed people in Canada:

Should patients with anorexia be force-fed to save their lives?

A major issue (and something that Pothoven herself highlighted) is that access to services that support the mental health of youth and teens is woefully inadequate - there are often long wait times. Perhaps we wouldn’t find ourselves in such ethical quandries if people in e.g. Pothoven’s situation could get the help they need earlier.

Palliative care means not being medically forced to live

I don’t know that that’s quite correct. I am trying to find a published definition that coincides with yours. I find instead things like: “Palliative care is specialized medical care for people living with a serious illness. This type of care is focused on relief from the symptoms and stress of a serious illness.”

We’re not talking about a person with terminal cancer here, who will soon die with or without treatment. We’re talking about a child committing suicide through self-starvation. The difference between euthanasia and what happened is the difference between a medically assisted suicide and a medically supported suicide. A doctor didn’t give her drugs that killed her, just drugs that helped numb the pain of her killing herself.

Either one would get a doctor jail time in this country.

If she was in the UK wouldn’t the courts have insisted on her being force-fed?

I don’t think so given the apparent circumstances, i.e. that had already been done repeatedly.

The twitter thread you reference does a fair job of setting out how the UK would deal with it.

A doctor didn’t give her drugs that killed her, just drugs that helped numb the pain of her killing herself.

Either one would get a doctor jail time in this country.

Can you let me know which country that is? I’d like to avoid it if that’s true.