I want the Truth. No racist academia, no dismissive anthropology, no agenda’d “research,” no bullshit sources, no magical “thinking.” I’d love it were it to turn out that horses had indeed survived in N America, but I love Truth even more than horses.

During just the course of my lifetime, the time frame of the accepted earliest evidence of N American human habitation has repeatedly been pushed back.

gogol said the currently accepted time is 12,000 years ago.

This is from wikipedja, re: Old Crow Flats in the Yukon:

The Bluefish Caves, another important area with early human presence, are located about 75 km southwest of the Old Crow Flats.[9]

Many northern Yukon rivers, including Old Crow River and Porcupine River, changed course relatively recently, and cut through the fossil-bearing deposits. As a result, millions of fossils were eroded from the bluffs and redeposited in new riverbanks.[10]

Research was conducted to see what could be found below the surface by digging a trench in the gypsum soil on the park’s western playa. Human footprints were found within different layers of sediment below the surface of the dig site. Above and below these footprints were ancient grass seeds (Ruppia cirrhosa) which were analyzed using radiocarbon dating. It was revealed that the calibrated dates were of 22,860 (∓320) and 21,130 (∓250) years ago. …

More re: the footprints: Stunning footprints push back human arrival in Americas by thousands of years - National Geographic

Again, she absolutely has to write a dissertation which is accepted. If she did not have the goods, and could not prove her argument, her dissertation would not have been approved…

More re: the footprints 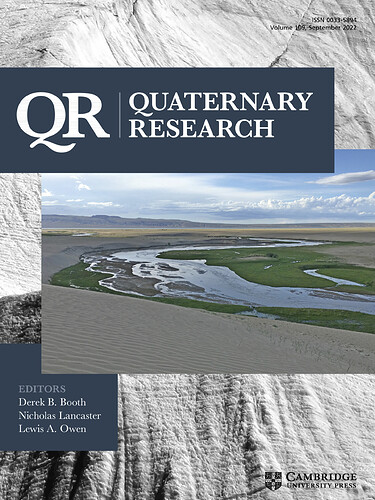 A critical assessment of claims that human footprints in the Lake Otero...

A critical assessment of claims that human footprints in the Lake Otero basin, New Mexico date to the Last Glacial Maximum

You can request an author’s copy here, or read the gist here.

ETA: sausage fingers, now edited to have the link to artnet.

Do I understand you correctly that you do think that an accepted dissertation is something like a guarantee for some work to have an academic merit?

Honestly not trying to annoy you, or anyone else. We know for a fact that there are a lot of dissertations which should never, ever have been approved.

This particular case might or might not have scientific merits, and I do not intend to discuss it in detail. I do not want to belittle the author, or the thesis, or the work. I read the comments above, and I have my doubts now, but seriously: I don’t care so much about the particular case. I care about academia, and about science, both as institutions and as processes.

Hence, I thought I should FTFY:

[…] then that means that people who have expertise agreed to have their names on the thesis as the ones who vouch for the ability to do own scientific research ~agreed publicly declared that she did the work and made her argument work.

If she did not have the goods, and could not prove her argument, her dissertation would should not have been approved…

Really, really honestly: I have seen so much bad practice in my lifetime that a dissertation is not reassuring in its own right. [ETA: SAUSAGE FNGEOS AGIAN, hadn’t finished that last sentence…]

ETA 2: if we are going to discuss this, we should split this off. I don’t want to derail from the point about racism and marginalisation, which is every bit as important as the scientific process, academia, and it’s perversions.

“The goods” turn out to be a steaming pile of horseshit (h/t @jerwin).

Hence, I thought I should FTFY:

This is not the way.

I want the Truth. No racist academia, no dismissive anthropology, no agenda’d “research,” no bullshit sources, no magical “thinking.” I’d love it were it to turn out that horses had indeed survived in N America, but I love Truth even more than horses.

You do get that once you are outside living memory, the only references we have are either accounts from prior humans or these very same research projects trying to understand new information. And that neither of these is “true,” right? It’s either the account of someone else, or their best guess based on the evidence. Evidence that may later be supplanted by later observation, interpretation, or yet more evidence?

Short of a time machine, that’s the best you’ll get. Additionally, I would wager that now is probably the time when the most unbiased, fact- and evidence-based history is being written. I can’t imagine there was a time in the past when historians, naturalists and the like had greater freedom to say it like it is rather than tow the government/religious/cultural lines than today (I defer to our actual historians should I be wrong on that front!)

Trying to argue with a literal history professor here on the BBS that historical research isn’t giving you answers you like isn’t going to really get you what you want here.

I think part of my problem in this thread (or the original thread) is that people are holding historical scholarship up to the standards of a different field. Her work is not about genetically proving that horses existed after when they supposedly died out (she is in Indigenous studies, not in genetics). Rather, she’s focusing on how oral traditions have been dismissed, even when there is evidence of corroboration in the very evidence that is depended upon by western scholarship. She argues it’s based on differing understanding of oral traditions, which from a western academic perspective are just “myths” that can safely be dismissed as historical evidence. THAT is really what she’s pushing against - the wholesale dismissal of Indigenous ways of understanding their own history. It’s like arguing that the expropriation of land from Indigenous was justified because the Indigenous people did not have the same definition of land ownership as Europeans.

I’m currently about half-way through reading this dissertation… I do find it amazing that so many people seemed to have had this read and analyzed enough to be able to wholesale dismiss her entire career from their own superior positions as practitioners of indigenous studies. Maybe that’s why I’m lowly part-timer, because I can’t read a dissertation outside my direct field and be able to know it’s fully BS in less than a couple of hours! /s

But seriously… thanks for splitting off this derail! I appreciate being able to get the OT back on track! As usual, you have good instincts for moderation and we appreciate your hard work here!

Rather, she’s focusing on how oral traditions have been dismissed, even when there is evidence of corroboration in the very evidence that is depended upon by western scholarship. She argues it’s based on differing understanding of oral traditions, which from a western academic perspective are just “myths” that can safely be dismissed as historical evidence.

This part I find troubling since often many parts of oral and folk accounts in western Europe and even the Central Asia (Mideast) has been verified by physical evidence later on. It’s odd to think that for example, people would say the Queen of Sheba couldn’t exist despite there being some indication the kingdom did exist in Oman iirc (barring any of the embellishments the Torah’s authors may have made over the centuries).

This part I find troubling since often many parts of oral and folk accounts in western Europe and even the Central Asia (Mideast) has been verified by physical evidence later on.

Apparently, for some, it’s different when it comes to Indigenous communities whose histories were violently disrupted by modern settler colonialism. After all, they have a continuing stake in ensuring that those communities remain disrupted, because taking them seriously would mean that we must take our foot off their necks and take their claims of sovereignty seriously. That would mean uncomfortable conversations about how the centuries of violence (that, I will remind people, continues to this day) should be addressed. It’s just easier to openly mock them as “believing in myths” because then you can just keep doing what you’re doing, without worrying about who has been hurt and who continues to be hurt. You could say the same about the ongoing racism aimed at Black Americans, when people insist that slavery was “in the past” and we should just “move past it” and that bringing up the structures created specifically to ensure white supremacy continues (both during and after the period of enslavement) is “anti-white”…

I’m not sure that Romulus and Remus or King Arthur can be proven by archeology. I’m comfortable believing that a number of things in indigenous peoples stories can be proven to have existed. Even though they may not have had a written language.

Cultures around the world call the Pleiades constellation ‘seven sisters’, even though we can only see six stars today. But things looked quite different 100,000 years ago

The missing sister was real. As we understand that today. 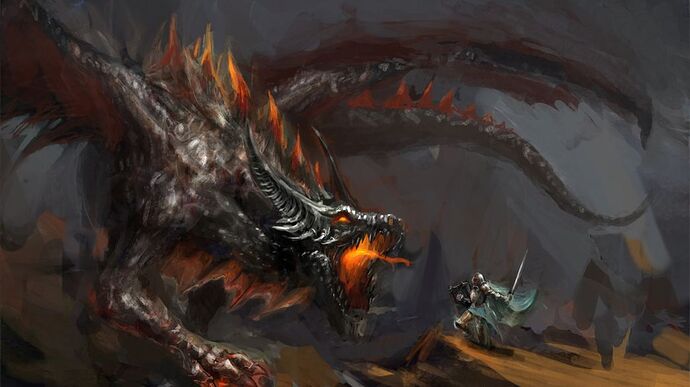 Ancient Legends And Myths That Were Later Proven True By Science

Ancient Legends And Myths That Were Later Proven True By Science

I’m not sure that Romulus and Remus or King Arthur can be proven by archeology.

I’m currently reading a history of the Anglo-Saxons, and it says about Arthur that we can’t prove he (or the person around whom the myths accreted) didn’t exist, but saying that we can prove he did exist from what evidence we have is like saying that a 1000 piece jigsaw puzzle must be of a steam train, because the three surviving pieces look like a puff of smoke.

Perfectly understandable as it happens in a thousand years The story was shared with the past as Merlin travels backwards in time. 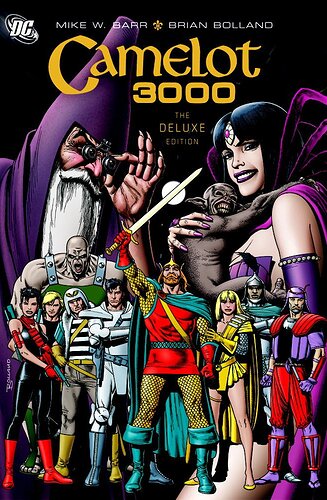 Heh, I read that as a teen in the 80s and just acquired it from my dad as he’s gradually giving away his stuff (he collected anything King Arthur related). All these years since I’ve been patiently waiting for this one to get a movie/tv series treatment (and assume it will be botched because of course). I mean it’s not like DC’s got anything better going on at the moment.

I don’t generally get the impression that the chapters covering Western science are supported by the best available sources. Too many blog posts, books aimed at a non academic audience, pseuodocience, and mormon sources.

I wasn’t trying to argue with anyone, honest.