The case for allowing children to vote

How about giving each person one vote per year of average life expectancy left. Why should someone who only has to live with the consequences of their vote for five years have as much say in things as someone with fifty years left. (Also, hi, I’m new here.)

Why on earth would you make voting in a representative democracy a zero-sum game in terms of number of votes?

My kids do vote and by adding my vote, their voice is amplified. I ask them who they want and vote accordingly (after checking my own preferences). If I disagree, we talk about it.

My kids do vote and by adding my vote, their voice is amplified. I ask them who they want and vote accordingly (after checking my own preferences). If I disagree, we talk about it.

I took my son to vote with me every year up till he was around 12 or so. He is still a regular voter (22 now).

It is legal in every state to bring your child into a voting booth.

How does this work with regards to it being a secret vote? At our polling booths we inquire about any kids that might be over six (likely to be in school and able to read) and yes, we also stop the 70 year old lady from going over to her 80 year old husband.

A 12 year in a voting booth with a parent? Hell no.

With only two relevant parties and a rigged system you’re probably right.

I don’t understand what’s wrong with people choosing to exercise their personal liberty and letting someone else in on how they voted.

Sure, it’s not okay to coerce anyone, or force your way into the voting booth, but I have no idea why I shouldn’t be allowed to let anyone else in to possibly see how I voted.

Children under the age of 6 months probably don’t have the dexterity or communication skills to cast a ballot.

It seems like encouraging a child to think of his or her vote as belonging to a parent is setting ourselves up for bad voting hygeine. Will those children defer to their parents when they are voting at age 35? When should the cutoff be for when children should cast their own ballots? Or can we allow parents to vote in our name up until our parents die?

I do agree that we should allow younger people to vote, but I really don’t want to have this argument 10 years from now about letting 14 year olds vote. I think, say, age 8 is probably too young to vote but we should probably try to come up with a biological reason for our cutoff, whenever that is.

They can tell anyone they like. They just can’t create situations where they create proof.

So, basically, multiply the vote of the Quiverfull idiots?

I think this is an excellent idea. You’d want an age cutoff point that ensures that all students will get to vote at least once as a schoolchild. Children would vote in their schools, and I guess you’d need provision for the homeschooled to register to vote with a local school. The school ballots would be overseen by one or more election officials to ensure they have the same level of fairness and rigor as a normal ballot. 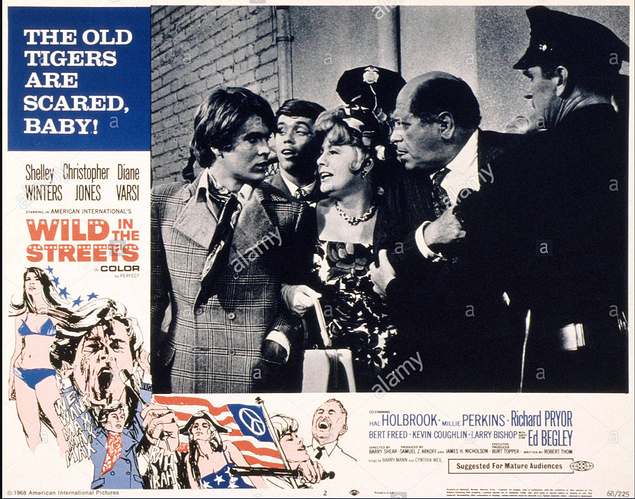 How does this work with regards to it being a secret vote? At our polling booths we inquire about any kids that might be over six (likely to be in school and able to read) and yes, we also stop the 70 year old lady from going over to her 80 year old husband.

A 12 year in a voting booth with a parent? Hell no.

It seems like you may be a poll worker. If you are you may want to look into it. Every state allows this. A few limit the age to late teenagers, but that is not really a problem, since by that age they are not hanging out with their parents.

I am not sure why you think this is wrong.

If I remember my developmental psychology correctly (and it hasn’t been overturned yet) 14 seems like a reasonable cut-off point. People don’t really develop anything like a political awareness before the age of 11 or 12, because that’s when people tend to start thinking about the big abstract ideas that are the focus of politics. Giving people a few years to grapple with heady political concepts is probably better than giving them the vote as soon as they are able to understand what they’re doing. So, I say 14, give high-school freshmen the vote.

My kids seemed to start forming ideas about empathy and justice around 7 or 8 (at least as those terms apply to people outside themselves). I also think my 9 year old would make a better voter than my 14 year old.

To be honest, I am of the opinion that anyone with an interest in voting and who will be affected by the results should be allowed. I would include noncitizen residents of any particular polity as well. I would definitely include any children who were interested.

My only qualifier would be that the secret ballot would need to be private. Parents don’t go in with their kids - the kids mark the ballot themselves and decide what or if they want to tell people about their vote.

I’m a poll volunteer. The idea that paid persons in the employ of the state run the actual polling is a bit strange to me. (On the other hand, we have no juries but mostly only judges paid by the state ).

A child who can read or a young teenager can be used to check that the adult they’ve been assigned to voted as they were ordered to.

Those orders could come from an abusive husband or the enforcers of he local big company. Or from an uprising political party that already has a huge youth following and snazzy brown uniforms.

By removing any ambiguity about who can check your vote (nobody, easy rule), the secrecy is protected and doesn’t rely on “people being sensible and fair”. Because that part only works as long as they actually work in good faith. See how messed up American politics has become now since one party decided to ignore any “unwritten rule”.

Granted, a political system where widespread forced votes have a meaningful impact on the result is close to catastrophic failure anyway, but removing such safety valves just so that some children can watch their parents crossing some circles on a piece of paper doesn’t strike me as a good reason.

I get what you’re saying. Also, thank you for volunteering to help with elections.
In Texas any child under 18 may accompany their parent into the voting booth. section 64.002(a) of the Election Code.
According to the ACLU of New Jersey, a voter may bring their kid into the voting booth too. https://www.aclu-nj.org/theissues/electionsvoting/know-your-voting-rights
In Virginia, the age cut off is 15. Any child 15 years or younger may accompany a parent into the voting booth. https://www.elections.virginia.gov/registration/voter-rights-responsibilities/index.html
Are you in the US? I don’t have time to check every state at the moment, but I think each state permits children to accompany parents into the voting booth if they are under a certain age- usually sometime in mid teens or 17 and under.
If you or your election judges have been preventing parents from taking their children with them into the voting booth, you may have been violating a statute in your state. Please double check. I know you must take your job (in my opinion it is a- whether you get paid or not. an important job) seriously or you wouldn’t volunteer.