The changing world of webcomics business-models

The picture is from glorious, glorious Subnormality (or Subnormality’s Patreon, to be specific), in case you don’t want to listen to a podcast (gasp!) or sift through the articles instead of reading Subnormality.
http://www.viruscomix.com/page528.html

Patreon definitely seems like a game changer for the webcomics biz and other lines of biz, and many content creators were very excited when it first came out. I really hope Patreon succeeds as a business.

From what I’ve gathered from a friend who is a webcomic artist (though not in her words) it’s basically a form of busking.

You do this thing for free, in hopes that people will like it enough to either just hand over money or buy your merchandise, while hoping somebody will come along and offer to hand you a ton of cash to keep doing what you’re doing on a larger scale, without having to make significant compromises.

Webcomics, as an industry, have been constantly evolving since pretty much the very beginning. It’s been fascinating to follow.

Seasonally appropriate, and one of my favorites:

(Rewards close reading, save it for when you have some time)

I want someone to do a documentery on webcomics, Starting with 8-bit Theatre/Bob and George, and going onward (Unless earlier examples can be found. those are the two I kinda became aware of as ‘first’… then again both of those were sprite comics which gets shit on constantly fr how lazy you’re able to be with it.) 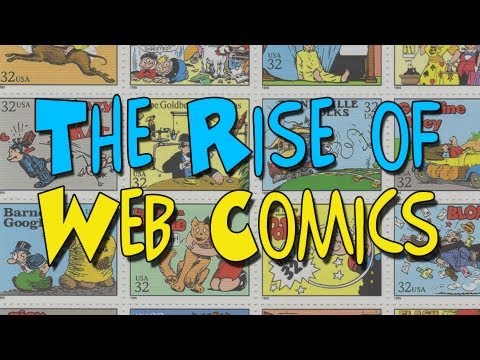 The Rise of Web Comics: a short PBS documentary

The Rise of Web Comics: a short PBS documentary

The first webcomic I can actually remember reading and following regularly is Goats… And now I feel super old because not only has it been 5 years since Goats went on hiatus (whaaaa?) - it’s been over 18 years since the comic itself started. Jesus H Skymuppet. 8-bit Theatre and Bob & George were relative latecomers, in the webcomics scene, really. Even Penny Arcade had already been around for a couple years by the time they showed up.

Remember when User Friendly was a thing? And Keenspot? And Top Web Comics voting incentives?

Interesting. I was unaware of this and had thought most of the drawn comics I’d seen had been reposts from print media as opposed to originating on the web.

Ooh man, user friendly! That takes me back. And Keenspot! I was surprised to find that Superosity is still going…