The clone that wasn't

This is VERY common in the war gaming community where virtually everyone has a pet project they hope will be turned into a real game.

I think because there are about 5 people in the world who actually make a living doing it, there is a kind of comeraderie about borrowing game systems, making tweaks, etc. 99/100 these “thefts” are noted and given credit.

Maybe there’s a limit, I thought, on how many things can optimally be done with certain components.

I’m just here to proclaim that I invented the best Multiple Discovery joke before the hacks show up.

With tabletop games copyright only applies to the rules as written. Designers are basically free to take mechanics from other games and do whatever with them.

“there’s only so much you can do with a deck of cards after all” Four suited decks of cards with numbered cards from 1-10 and 3 court cards have been around for hundreds of years. If the potential game space was so limited, it would have been filled a long, long time ago. I’m not saying that two people couldn’t have come up with the same game independently. But to suggest that they did because of a lack of other options is pretty ludicrous.

Not sure if mistake is the right word. More like a coincidence.

Not sure if mistake is the right word. More like a coincidence.

I wrote a simple guitar riff and used to play it all the time on guitar with some drum loops, etc. in the mid-nineties. Many of my friends heard it. Later, around 1998, I had several friends tell me they heard it on the radio. Lenny came out with the exact, same riff in his song “Fly Away”. I mean, every little detail in the riff was the exact same and I shat bricks.

I thought at first that I may had unknowingly heard it via a pre-release or something, but that wasn’t the case. I guess he and I were just on that same musical wavelength for a brief moment. 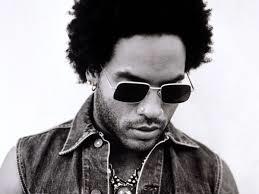 With tabletop games copyright only applies to the rules as written. Designers are basically free to take mechanics from other games and do whatever with them.

And, critically, the art. A well designed and executed game will usually always beat out a conceptual cousin.

Decades ago when my oldest was my only child and not yet in school I was a single dad. I worked nights to spend my days with her. The husband of her nighttime babysitter designed a really sweet hot rod pickup truck based on a Datsun 510 pickup. He was devastated when a magazine had one of their artist do a treatment on the same vehicle, it was a very close match. Color being the main difference.

My caution, do the math. If you have a one in a million idea then at least 300 people have the chance to duplicate that idea (in the US). Now you the number at least a billion, and only one deck of cards. If you have that idea, finish it, ship it. Or just chill out a bit when it eventually appears, as it surely will.

Unless it is on the AppStore, cloners.

But the stated inspirations, roguelikes and D&D, weren’t around for hundreds of years and the medium that they created the games in hasn’t been around for hundreds of years. It’s entirely possible that many other people came up with similar concepts before now but they didn’t get published or become popular as easily since there also wasn’t a consumer-accessible internet to disseminate news of the games, much less the games themselves. Some “innovations” seem historically inevitable in retrospect with enough of a confluence of other developments and innovations.

So much handwringing over clones in the app store when app store would not have existed if it wasn’t for enterprising Finns( Finnish? Finnies?) hadn’t ripped off Crush The Castle. Apple(and Google) has no incentive to change anything because their market depends upon lots of substandard shit lining the shelves, so to speak.

Apple is truly the WalMart of Gaming.

It’s interesting that Microsoft tried to go the other direction with Windows Phone, with a Walled Garden approach where titles have to meet a certain quality bar before being approved. What happened was that developers, even good ones, didn’t want to spend the extra time and effort to ensure their apps met the bar, the time-to-fix bugs was exorbitantly high (due to extra testing and having to pass certification), and the app ecosystem couldn’t compete well with competing phones due to a lack of resulting content.

I suspect the ideal is somewhere in the middle. Maybe a market-driven economy, but in which low-quality apps are explicitly removed. It’s an interesting problem… If you were to represent the timeline of games (like this one of programming languages), I’m not sure “original” is what people really want: the innovation comes from people that improve upon ideas, and sometimes a small tweak can make a huge change in enjoyability.

What we need is an AI that can determine the enjoyability and quality of an app… but then developers would just game that system.

Your version was way cooler