The conceptual penis as a social construct

A paper entitled “The conceptual penis as a social construct” managed to pass peer review and reach publication in ‘Cogent Social Sciences’. It rather neatly skewers the impenetrable and meaningless language that Michael Billig wrote about in Learn to write badly: How to succeed in the social sciences and highlights the perils of pay-to-publish.

Jamie Lindsay, PhD, and Peter Boyle, EdD, represent a dynamic team of independent researchers working for the Southeast Independent Social Research Group, whose mission is obvious in its name. While neither uses Twitter, both finding the platform overly reductive, they incorporate careful reading of the relevant academic literature with observations made by searching trending hashtags to derive important social truths with high impact.

They’re like, anomaly hunters or something. Throw enough shit at the wall and something’s bound to be publishable.

I need more time to digest the logical fallacies of the hoax itself. However, I’m deeply involved in the Open Access (OA) movement for genuine scientific research, and I’m seriously concerned about the ramifications of such an experiment in the OA realm. I would encourage everyone not to condemn OA itself. There are legitimate, predatory OA journals that will publish anything, but OA itself is a common good. OA means wresting the scholarship that true scientists and academics produce away from draconian pricing models that entrenched publishers (i.e., Elsevier, Springer Nature, etc.) force upon libraries.

Claiming something is “peer reviewed” doesn’t make it infallible, but let’s not damn OA in the process.

Registered studies are a godsend.

What do you mean you found out that chocolate might inhibit cancer growth? You mean to tell me that you decided to change the protocol in the middle of the study?

I’m not arguing that the article itself isn’t bogus. It happens all the time in publishers that are “respected” and “revered” and very, very expensive. Libraries pay hundreds of thousands of dollars for research that their own faculty have produced. 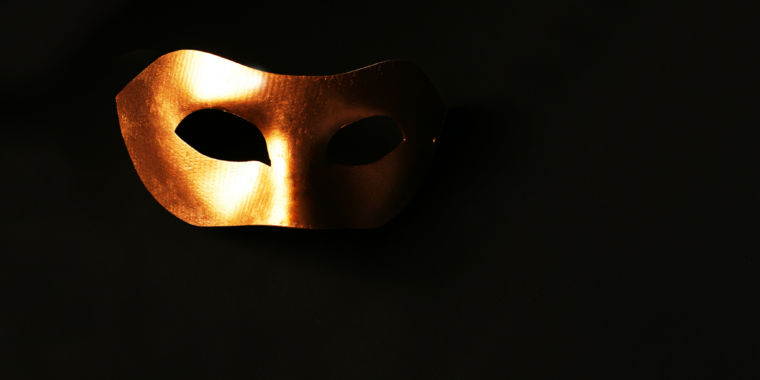 New papers were found through investigations into previous fraud.

After many years as an academic, I worked as a research librarian at a consultancy firm and I was dismayed as how “peer review” works in real life with pharmaceutical and other companies. It ain’t the ivory tower.

But OA itself is a common good. If you’re not familiar with the movement, I humbly suggest this: https://en.wikipedia.org/wiki/Open_access

I don’t disagree. Some of the best work out there is published OA.

I’m just saying OA itself isn’t enough. You still gotta have standards. Like researchers doing what they promised to do, and documenting deviances from protocol throughly. Registered studies are helpful. Larger peer pools are good too. Especially if there’s some way to achieve some level anonymity.

It’s very hard to do an anonymous and minimal-bias peer review when you know your field has, like, 20 experts. But I’m sure there’s ways to at least help.

It’s near triggering to me when someone starts out with a conclusion and tries to prove it, and calls that science.

You start out with an idea, and at the very least expend the greater part of your effort trying to prove it wrong.

That’s what makes science hard. But worthwhile. Because sometimes you find that diamond amongst the zircons.

Given the predatory nature of the traditional publishers, I wouldn’t seek to damn Open Access — as you say it’s a common good. But equally there are problems with the pay-to-publish model and surely you have to admit this is an amusing way to point one of them out.

Who doesn’t love a good scholarly hoax? Particularly if it exposes a lack of intellectual rigour applied to reviewing a paper that flatters the agenda of the peer reviewers, editors or publishers …

OA could be enough, if we transformed the tenure and promotion procedures at enough universities. Rigourous standards still exist in OA. A small example: One of the foremost journals in linguistics was fed up with the price increases and decided to form its own journal, with an editorial board comprised of highly-regarded linguistic scholars: http://www.glossa-journal.org/

It is now OA, by virtue of a different economic model. Being “free” doesn’t mean being “free of quality”.

But equally there are problems with the pay-to-publish model and surely you have to admit this is an amusing way to point one of them out.

Economics exist in any model. What we have to differentiate is distribution from economics. Author page charges (or APCs) are not removed from rigorous peer-review. It’s just shifting the cost of producing content from subscriptions to other avenues.

Being “free” doesn’t mean being “free of quality”.

Sure. No argument there.

It’s just that I’m far more concerned with the standards a journal keeps, than I am with the cost.

And, the funny thing is, a good OA journal tends to be much more transparent than a good entrenched scholarly journal.

a good OA journal tends to be much more transparent than a good entrenched scholarly journal.

It can be, certainly, and that’s been my most recent life’s work, recently: what academics and scientists funded by institutions and government et al produce are available to the general populace without restriction. I can’t stress enough that there’s a difference between the economics and the distribution. It costs to produce a journal. No argument there. But we can re-distribute costs in a number of ways to insure the broadest access.

Honestly, if you aren’t doing physical publishing the costs are all social. And that itself is a minefield.

I’m not great socially. I’m not good at generating favors and drawing on them, but it seems most people operate on that paradigm.

I, personally, have to trust in others judgment when it comes to that sort of thing.

Well, maybe not all costs are social. But a lot of social costs are incurred when peer review is involved. That itself introduces lots of opportunities for bias.

OK, everyone is talking about the value of the independent peer-review publishing route vs the traditional route. OK. Can we talk about the content of the damned article?

Through detailed poststructuralist discursive criticism and the example of climate change, this paper will challenge the prevailing and damaging social trope that penises are best understood as the male sexual organ and reassign it a more fitting role as a type of masculine performance.

So, from the opening paragraph, we are presented with an obvious troll. Yet, it got peer-reviewed because liberals saw a bunch of buzzwords that they are politically “for” and rubber-stamped a load of BS?

how in the hell am I supposed to identify as “progressive” when this is the example set? I promise you, I am as dyed-in-the-wool liberal/progressive as they come, but the reason why is because I abhor political groupthink. Coming of age in the Reagan-Bush years, I was in opposition to the “dittoheads” of Limbaugh fame. “We” were supposed to be the side that didn’t knuckle-under to the established modes of thought, the Right was the paradigm that would–gladly–blindly follow the party line.

Was I mistaken? was the political Left (such as it meekly exists in the US) always a circle-jerk, or what the hell, man?

I have to wonder why Taylor & Francis set up this “Cogent OA” imprint with a name so perfectly designed to sound like all those scammers operating out of Hyderabad.

how in the hell am I supposed to identify as “progressive” when this is the example set?

Maybe join those few of us in the moderate centre of social policy and smile sadly at the excesses of both ends of the spectrum instead?

I’ve just come across two articles which are very fitting, given this topic. 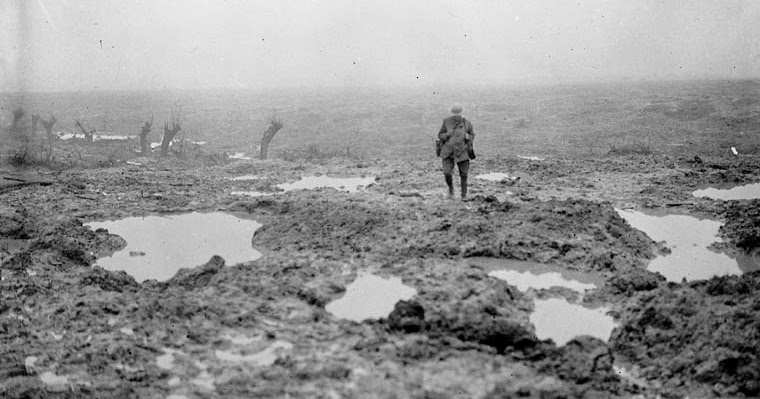 I don't know why academic literatures are so often referred to as "vast" (the phrase goes back well over a century ), but it seems like ...

This one is about the nonsense to be found in parts of Economics, but there are a couple of paragraphs that seem particularly apt here:

The next question is: Can a misinformative vast literature be used intentionally as a tactic to win political debates? It seems to me that in principle it could. Suppose you and your friends wanted to push a weak argument for political purposes. You could all write a bunch of papers about it, with abstracts and numbered sections and bibliographies and everything. You could cite each other’s papers. If you wanted to, you could even create a journal, and have a peer review system where you give positive reviews to each other’s B.S. papers. Voila - a peer-reviewed literature chock full of misinformation.

In practice, I doubt anyone ever does this intentionally. It takes too much coordination and long-term planning. But I wonder if this sometimes happens by accident, due to the evolutionary pressures of the political, intellectual, and academic worlds. The academic world gives people an incentive to write lots of papers. The political world gives people an incentive to use papers to push their arguments. So if there’s a fundamentally bad argument that many people embrace for political reasons, there’s an incentive for academics (or would-be academics) to contribute to a vast literature that is used to push that bad argument.

The other one is of course this:
On the reception and detection of pseudo-profound bullshit
(PDF link)

how in the hell am I supposed to identify as “progressive” when this is the example set?

Why bother? Identity is a mere tribal marker. Progress can mean setting an example of moving beyond the same 100,000+ year models of identity, incentive, and influence.

Was I mistaken? was the political Left (such as it meekly exists in the US) always a circle-jerk, or what the hell, man?

It seems that that is how most people “function”, whatever camp they subscribe to. It isn’t unusual for people on the left to complain that one uses a word which is wrong because “they” use it. This stacks things in favor of authoritarians because they enforce group hegemony and homogeniety. Whereas even the left is scared of egalitarianism because most on the left don’t truly “buy” a civilization which is voluntary rather than imposed, so the mainstream result is always a half-assed compromise, at best.