The dystopian roots of the concept of "Meritocracy"

Originally published at: The dystopian roots of the concept of "Meritocracy" | Boing Boing

Further commentary and review in this interview with Michael Sandel: 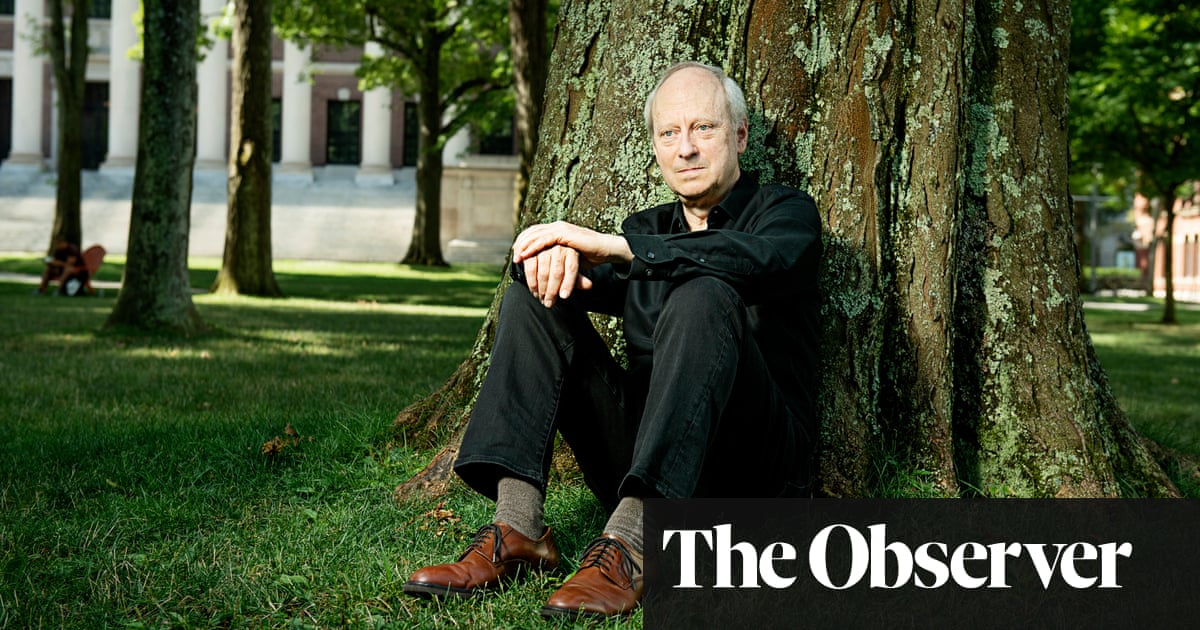 But at least everyone knew that bloodlines were bullshit

How is this so different from modern-day, highly prevalent racism? Bloodlines are bullshit, but I’m hardly convinced that people then (above or below) knew that like you say.

I’ve always thought of it as a modern rework of the “Divine Right of kings.”

Meritocracy… a revamping of a concept to fit today’s labor market. In other words, it’s just the same conundrum that has faced corporate structures since the beginning of time. Let’s peer in to enjoy what the rich guys are thinking about their personal perception of shrinking portfolios and how to make a correction to the ‘problem’. After all, they’re rich for a reason.
$$$$$
" How do we get the wage slaves to do a days work so we can underpay them enough to skim off some more for us?.. it’s not like we don’t already face monstrous payments for our estates, boats, wine cellars, concubines, fine motor cars, jet fleets plus the costs of our battalions of lawyers and tax accountants! … it’s just getting more onerous everyday to be rich, as you know, and alarmingly so! … So the question remains, how do we get the slaves to put down the crack pipes and do their simple tasks? I propose going back to using that old meritorious trope that worked so well in the past… pitting them against each other. It’s time tested and certainly worked well in ancient Egypt, Greece and Rome… Bring back blood sports, I say! Let them eat their dead! Meritocracy now, meritocracy forever and we’ll get governments to pay for it by reducing our taxes !! "
Sounds fascistly familiar.

The problem with “meritocracy” is 2-fold:

And aside from that, our conflating of “merit” with “wealth” in the first place is severely flawed. The predatory skills and sociopathic traits that make someone excel in the dog-eat-dog every-man-for-himself Darwinian business world are not really the traits that we should want in our civic leaders, since all that does is result in leaders that grift and self-deal and reward their cronies, and generally work towards enriching themselves at our expense, instead of having leaders that work towards the good of society as a whole.

How the hell can you measure “merit”? In our society, “merit” almost always means “wealthy”, which is entirely unrelated to being qualified to be a responsible leader of the general public.

I think working people (and not just working-class ones) are encouraged to think of merit as a combination of talent and willingness to work harder than others – possess both of those and surely you’ll get ahead. And of course, that’s a great recipe for disciplined workers, who see no interest in fighting back collectively against their own exploitation.

But the Britain seem more willing to acknowledge the existence of an impenetrable class structure than us Americans are, with our rugged individualism.

That just shows the success of the American ownership classes (both human and legal-entity) in co-opting idealistic concepts to serve their own ends. A “classless society” is a lovely dream, but TPTB in America have always known it was only that.

Thus we have a situation now where a reasonable chance of making it on merit and hard work (per the ideal) is becoming a privilege afforded to an increasingly smaller percentage of the population based on accident of birth.

Which ties directly into this topic:

America’s obsession with tipping of course has racist roots boing

And quit agrandizing the wealthy. All of the “job creator” bullshit of tying one’s wealth to their percieved value to society needs to be resolutely fought against in addition to fighting wealth inequality. It’s cultural as much as financial

Careful, you may have just identified yourself as one of those troublemakers who don’t appreciate being trickled down upon.

The problem is that “merit” has nothing to do with what people “deserve”, because it is really being used as a synonym for competence, and competence costs more. But competencetocracy doesn’t sound as good.

This other thread had me thinking about meritocracy.

He doesn’t mention “meritocracy” in this quote, but it pretty well sums up the inherently selfish nature of it:

If you go to the city of Washington, and you examine the pages of the Congressional Directory, you will find that almost all of those corporation lawyers and cowardly politicians, members of Congress, and misrepresentatives of the masses—you will find that almost all of them claim, in glowing terms, that they have risen from the ranks to places of eminence and distinction. I am very glad I cannot make that claim for myself. I would be ashamed to admit that I had risen from the ranks. When I rise it will be with the ranks, and not from the ranks.
-Gene Debs, June 16, 1918

or if you prefer images:

I have found that, in Asia (specifically Japan, South Korea and China*), the idea of meritocracy is taken very seriously and has quite different connotations than in the West, even if the outcome is often the same.
*This may also be the case in other countries, but my knowledge is mostly limited to these three countries.

In Asia, there is a very difficult test for every step in getting ahead in life. I’m talking about entrance exams not just for college, but also for high school and (if you want to go to certain elite schools) junior high school and even elementary school. The Chinese 高考 (Gaokao) is perhaps the most infamous example. If you want to have some fun, Google “Insanely Difficult Gaokao Questions.”

Even after schooling, if you want to get a job at a certain company, you can bet that there will be an actual paper test as part of the hiring process. Want a promotion? Another paper test. Want a qualification to do just about anything? Paper test. Want to be a lawyer? Up until recently, the bar exam in Japan had a pass rate of less than 1% (recent reforms have not yet succeeded in bringing the pass rate up to the goal of 1/3 to 1/2).

There is no getting around these tests. No amount of parental wealth will get you into an elite university if you cannot get a good score on these tests, and schools don’t really care about your grades or extracurricular activities; admissions really boils down to your test score.

This idea of passing tests to get ahead has a long and storied history in Asia and is rooted in Confucianism. The reason why I say that the outcome is the same? Wealthy parents can afford tutors who are experts in what these tests are testing for. Also, although you need a photo ID to take a test, proxy test taking is also an issue.

How "meritocracy" went from a joke to a dogma, and destroyed the lives of...

The term “meritocracy” was coined in Michael Young’s satirical 1958 novel, “The Rise of Meritocracy,” where it described a kind of self-delusion in which rich people c…

The problem is that the term “classical liberalism” seems to be a retconn, probably from the Reagan era, but mainly 2nd half 20th century. It’s always a warning flag to slow down and check who said what when carefully.

This is the year in which I get to smile at all of those naysayers, every single mediocre, insecure wannabe who fixes their mouth to suggest that I do not belong on this stage, that people like me could not possibly have earned such an honor, and that when they win it’s ‘meritocracy,’ but when we win it’s ‘identity politics.