The dystopian roots of the concept of "Meritocracy"

But the Britain seem more willing to acknowledge the existence of an impenetrable class structure than us Americans are, with our rugged individualism.

That just shows the success of the American ownership classes (both human and legal-entity) in co-opting idealistic concepts to serve their own ends. A “classless society” is a lovely dream, but TPTB in America have always known it was only that.

Thus we have a situation now where a reasonable chance of making it on merit and hard work (per the ideal) is becoming a privilege afforded to an increasingly smaller percentage of the population based on accident of birth.

Which ties directly into this topic:

America’s obsession with tipping of course has racist roots boing

And quit agrandizing the wealthy. All of the “job creator” bullshit of tying one’s wealth to their percieved value to society needs to be resolutely fought against in addition to fighting wealth inequality. It’s cultural as much as financial

Careful, you may have just identified yourself as one of those troublemakers who don’t appreciate being trickled down upon.

The problem is that “merit” has nothing to do with what people “deserve”, because it is really being used as a synonym for competence, and competence costs more. But competencetocracy doesn’t sound as good.

This other thread had me thinking about meritocracy.

He doesn’t mention “meritocracy” in this quote, but it pretty well sums up the inherently selfish nature of it:

If you go to the city of Washington, and you examine the pages of the Congressional Directory, you will find that almost all of those corporation lawyers and cowardly politicians, members of Congress, and misrepresentatives of the masses—you will find that almost all of them claim, in glowing terms, that they have risen from the ranks to places of eminence and distinction. I am very glad I cannot make that claim for myself. I would be ashamed to admit that I had risen from the ranks. When I rise it will be with the ranks, and not from the ranks.
-Gene Debs, June 16, 1918

or if you prefer images: 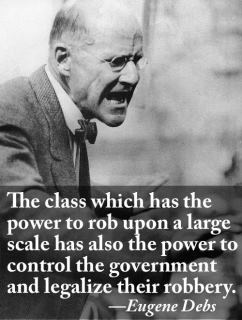 I have found that, in Asia (specifically Japan, South Korea and China*), the idea of meritocracy is taken very seriously and has quite different connotations than in the West, even if the outcome is often the same.
*This may also be the case in other countries, but my knowledge is mostly limited to these three countries.

In Asia, there is a very difficult test for every step in getting ahead in life. I’m talking about entrance exams not just for college, but also for high school and (if you want to go to certain elite schools) junior high school and even elementary school. The Chinese 高考 (Gaokao) is perhaps the most infamous example. If you want to have some fun, Google “Insanely Difficult Gaokao Questions.”

Even after schooling, if you want to get a job at a certain company, you can bet that there will be an actual paper test as part of the hiring process. Want a promotion? Another paper test. Want a qualification to do just about anything? Paper test. Want to be a lawyer? Up until recently, the bar exam in Japan had a pass rate of less than 1% (recent reforms have not yet succeeded in bringing the pass rate up to the goal of 1/3 to 1/2).

There is no getting around these tests. No amount of parental wealth will get you into an elite university if you cannot get a good score on these tests, and schools don’t really care about your grades or extracurricular activities; admissions really boils down to your test score.

This idea of passing tests to get ahead has a long and storied history in Asia and is rooted in Confucianism. The reason why I say that the outcome is the same? Wealthy parents can afford tutors who are experts in what these tests are testing for. Also, although you need a photo ID to take a test, proxy test taking is also an issue.

How "meritocracy" went from a joke to a dogma, and destroyed the lives of...

The term “meritocracy” was coined in Michael Young’s satirical 1958 novel, “The Rise of Meritocracy,” where it described a kind of self-delusion in which rich people c…

The problem is that the term “classical liberalism” seems to be a retconn, probably from the Reagan era, but mainly 2nd half 20th century. It’s always a warning flag to slow down and check who said what when carefully.

This is the year in which I get to smile at all of those naysayers, every single mediocre, insecure wannabe who fixes their mouth to suggest that I do not belong on this stage, that people like me could not possibly have earned such an honor, and that when they win it’s ‘meritocracy,’ but when we win it’s ‘identity politics.

I got the feeling that capital is more or less “merit” in a sense, grown out of a way to measure how many favours are owed. Capitalism is a rejection of other measurements of merit, especially those inferred merely by birth (aristocracy) or by what only the priests say the divine will is (theocracy). “Meritocracy” merely replaces the currency involved with “merit”.

Sure, “meritocracy” is really used as shorthand for “X is the chosen leader because X earned it in my eyes”, a way to hand-wave personal prejudice with supposed merit. I merely argue that the term is the outer circle on a Venn diagram, and used because the speaker/writer isn’t sure or willing to nail down which measurement of “merit” is in play.

Yep, this is the concept of a meritocracy as opposed to an aristocracy, though here the hoped-for measure of merit is competency. Or the proven qualified. Something different than the mere merit of being the biological heir, or chosen by shamans who claim to hear God’s voice.

Sure, as you note, the end result is only slightly different as those born into privilege have much, much better chances of claiming “competence”, so that actual social mobility is limited. But it isn’t automatic (at least in theory, as any test system can be gamed or even cheated).

More than anything else, it has made test prep into an enormous industry. There are cram schools on every street corner here in Japan. Many of these places are not terribly expensive (though it certainly varies), so it does mean that social mobility is possible, but it makes me wonder if it is really worth it. These kids are sacrificing a year of their lives (in ninth grade) to get into a good high school and then another year to get into a good university (in twelfth grade). On the plus side, raw intelligence without discipline and hard work is not enough to cut it, which sends a good message. But then, on the other hand, having your whole life decided by a single test just doesn’t feel right…and then there’s the stress.

But then, on the other hand, having your whole life decided by a single test just doesn’t feel right…and then there’s the stress.

No system is perfect, that is all too true. It isn’t enough to be a step up from having your whole life decided for you by which family you were born into, it lacks fallbacks, corrections to catch mistakes, and so on. The brittleness and the way it can be gamed is a problem that needs to be fixed.

What all of these “-acy” systems do not describe is how flexible a system is. How does each system compensate or try to avoid becoming what all systems decay into, the kakistocracy? That is the real question to be answered here.

The problem is that the term “classical liberalism” seems to be a retconn, probably from the Reagan era, but mainly 2nd half 20th century.

Libertarian is also a retcon, as the original libertarians were far left. Some of them still are (libertarian socialists, libertarian Marxists, etc.), and they have no ideological connection with libertarian capitalism. 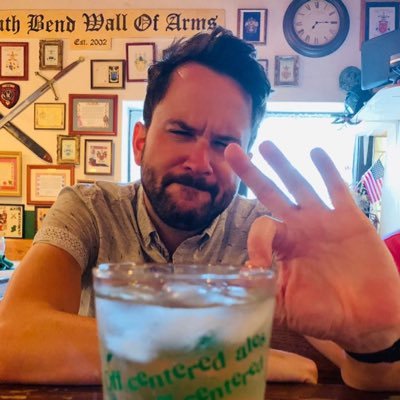 For sure, “classic liberalism” has come to represent a sort of dog whistle that broadly means “post-Enlightenment-era advancements in science and civilization were largely good.” It’s just a vague, general nod to the (presumably) positive parts of Western Civilization. And certainly white people have European descent have made some good contributions over the last few centuries! But that’s really an interesting or controversial or even meaningful opinion to have.

Or outright appropriated by Libertarians to refer only to economic liberalism (i.e. unregulated markets and corporations), leaving out the social liberalism so inconvenient to white cis-het Xtianist males. They’ve succeeded to the extent that when I hear the term I think of it first in the economic sense.

Or outright appropriated by Libertarians to refer only to economic liberalism

I like to call them the Koch Libertarians. The Bros set up an entire alt-academia to promote stuff like Hayek and von Mises as the real liberals.