The fabulous illustrated history of the pocket calculator

Me too! It was quite the mesmerizing little device. Thinking about it conjures up fond memories of the ol’ childhood living room, and Construx, and the Colecovision, and the ol’ Britannica Young Children’s Encyclopedia. Ahh, what will the kids do these days without such wonders? (A relief to see that the latter is still available online.)

I did see this on Google Play the other day, and it looks kind of neat, but tapping a screen just ain’t the same. 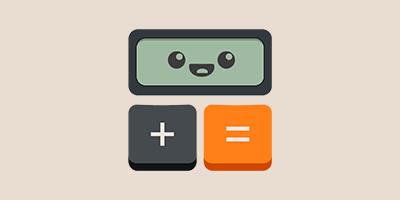 An amazing numerical journey! In a world of calculators, one dared to become a game. 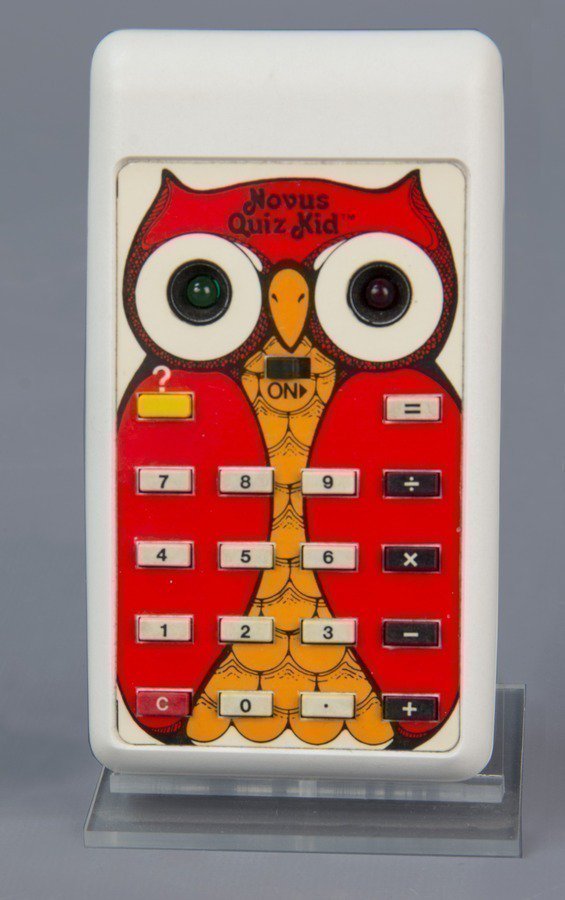 Mine was a TI Dataman:
http://www.99er.net/dataman.html

“I gotta get to the library before it closes!”

So is this where “cranking out numbers” comes from?

“I’m the operator of my pocket calculator”

The desktop calculator behind the HP-65 is the HP 9100. It used an oscilloscope tube to display the RPN stack. Also, it had no integrated circuits in its logic circuitry. The HP-65 had pretty much the same feature set - right down to the magnetic card program storage.

So is this where “cranking out numbers” comes from?

Pocket calculators were still pricey high-tech items when I was in elementary school, say age 5 - 6.

I remember pining for one, and playing one that belonged to a teen-age relative when visiting his house. Those calculator game books were appearing in the school book fair, and I felt very left out.

I finally got one; I think for my birthday or christmas when I was in 6th grade. It was clunky with a bright blue display and ate batteries like crazy. I got a Radio Shack AC adaptor to deal with that. Got a lot of use out of a calculator game book.

Not being a math nerd, I never got into scientific calculators like some kids did.

A few years later, in high school, home computers started to appear. Apples and Ataris and so on. When I brought up the possibility of getting one, my father (a supremely non-technical high school English teacher) was baffled. “We just got you a calculator!”

I now have two or three Casio scientific calculators (bought at Goodwill) in strategic spots around the house in case I want to do some accounting. They’re solar powered and elegant and do more than I could ever need.

All you need after that is some green eye shades and sleeve garters. This stuff amazes me.

Green eyeshades are a type of visor that were worn most often from the late-19th century to the mid-20th century by accountants, telegraphers, copy editors and others engaged in vision-intensive, detail-oriented occupations to lessen eyestrain due to early incandescent lights and candles, which tended to be harsh (the classic banker's lamp had a green shade for similar reasons). Because they were often worn by people involved in accounting, auditing, economics, and budgeting, they became as Green...

I wonder if the “ladies calculators” are available with low-viscosity blue liquid?

You kids get off my lawn!!!

My brother has a book written in this format. I think it was a mystery where you had to calculate the clues to move forward in the story. 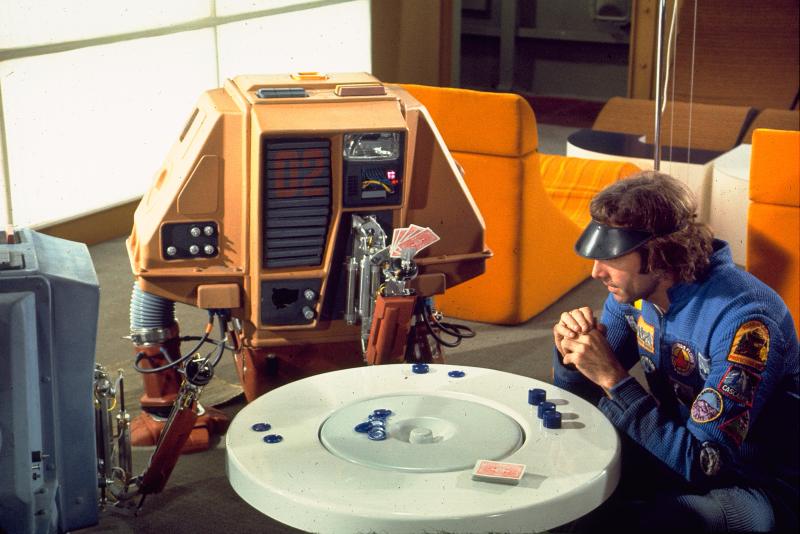 I still have a TI 2500 “Datamath” 4-function calculator with LED display. It’s original except that I removed the NiCad batteries when they died. It lives in my shop on top of the tool box, and is tethered to the house AC. It’s still a great keyboard, even though my first wife ignored my advice and bought it when the price was $300.00.

Jumping ahead in the timeline a ways, in the 1990s (and I assume before) there was a company named EduCalc who’s gimmick was that they knew EVERYTHING about the HP programmable calculators - like, they had books on how to program these things, along with every single possible peripheral that existed for them, and farktons of software in various formats. They also began to branch out into things like the Atari Portfolio and other palmtops, pre-Palm Pilot, before they closed.

Their catalogs were things of sheer beauty. We used to receive them every quarter at the technical bookstore I worked at, and I would always squirrel them away. (I still have one, somewhere. If I can find it, I should probably scan it and toss it towards the Internet Archive, just for kicks.)

I had the “Dataman” learning calculator, and played with it until I got to learn BASIC with the school’s Apple II computers.