The myth of taxpayer money

Finally read this piece on the myth of taxpayer money from @JAMyerson and @RaulACarrillo and it doesn't disappoint splinternews.com/the-dangerous-… https://t.co/L8yh5a59UL 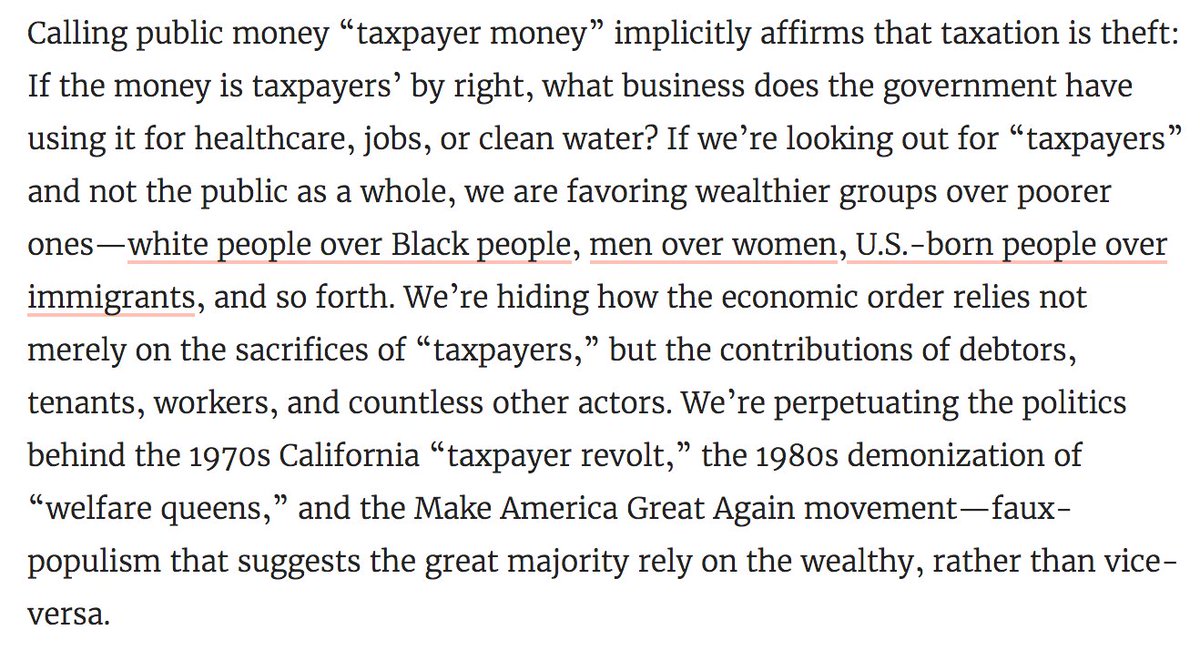 It’s definitely worth considering as an alternate framing. But I struggle to reconcile the notion that “the great majority rely on the wealthy”, when that group pay less into the tax pool than any other. When I think of “taxpayers”, the average person is who springs to my mind - not 0.001%ers, hedge-funders, and dodgy multinationals. But that does not mean that it might not be a genuine perceptual issue for others.

I agree that we all here are probably well aware that the uber rich are less a boon than a burden.

I think this is meant to take control of the discourse back, though not quite from the uber rich so much as the upper middle class, because they aren’t the average taxpayer either but both the rhetoric and the attitude towards the role of government I hear in aggregate and personally from the ones I know is quite… different.

It’s an accurate term rather than a partisan one, for a start. ‘Public’ refers to all citizens, reinforcing collectivist notions of what the money should be spent on. This is a crucial point. We have to take every opportunity to drag the Overton window back to sanity.

Also, to be pedantic, most of the public funds were never in the hands of the taxpayers to begin with. They are the product of sovereign debt backed with T-bills.

And to be even more pedantic, if you cleave to MMT, taxpayers aren’t taxed for the money so much as they are taxed in order for there to be money.