The Norman Rockwell approach to politics

Consequently, while art fans may appreciate the beauty of a talented painter or illustrator when it comes to ability, they typically disregard them in favor of experimental or Avante Garde creators.

I don’t know if this is actually true. Is there a basis for this claim?

Even a cursory review of his work shows that Rockwell was undoubtedly a serious and fearless defender of the ideals of liberal democracy. The New Deal and then the Second World War tended to focus the attention of many supposedly “innocuous” American artists on the importance of preserving it.

I don’t know if this is actually true. Is there a basis for this claim?

There’s a degree of such snobbery in the art industry and in art schools but not amongst fans in general. Over the decades, the disdain for traditional representational artists like Rockwell has been driven less by aesthetic impetus and more by the demands of capitalist markets that attempt to financialise everything and constantly churn out novelties to attract new entrants.

Avante Garde works do tend to make the news. Or at least that’s what the shark floating in formaldehyde told me.

The skinny kid with the pipe? His stuff is kinda far out…

According to Joe Frank, Rockwell is The Best.

My parents in the 1970s had a big coffee table book of Norman Rockwell art, also showing things like the photos he made of friends and family posing for certain scenes, which he would use as references. And yeah, I saw him as a bleeding heart liberal and not afraid to show it. He did basically help define the Saturday Evening Post with his style, and what we forget is that it was a serious news magazine, occupying the same rack as Time, Life and The Atlantic.

I may be going waaay out on a limb here, but I personally think artists like Molly Crabapple are the spiritual heirs of what Rockwell was doing.

Joe Frank was the best! Also in Newport, RI there is a really cool Norman Rockwell museum that I highly recommend.

I very much enjoy Rockwell and agree with you almost wholly, except…

… yes, the style has become synonymous with Rockwell, but it wasn’t his style to begin with. He was very open and clear about his mentor and chief influence, Joseph Christian Leyendecker. 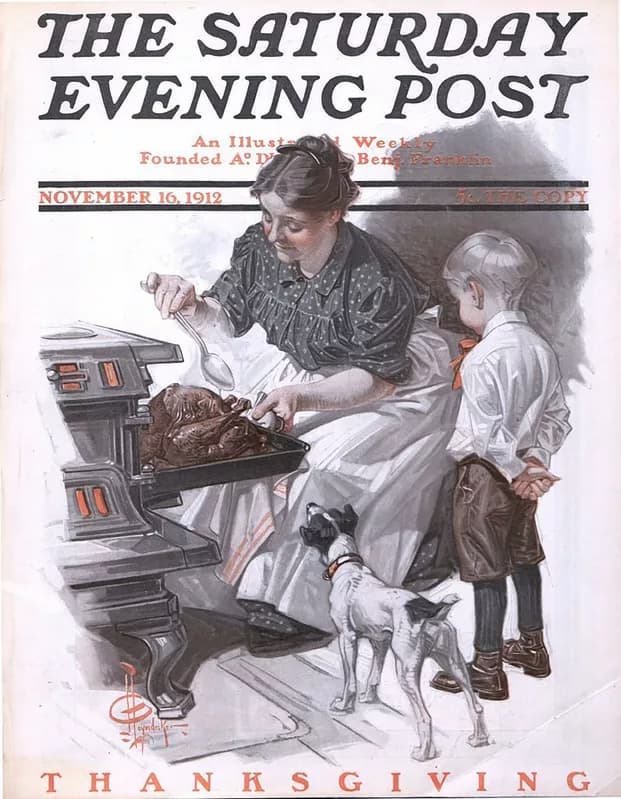 That was one of Leyendecker’s, and the first time I saw his covers I thought it was Rockwell. So, I had to look up more about him. Fascinating guy. The fact he was gay and took steps at the end of his life to destroy a lot of his private correspondence thus making him more of an enigma to the world sort of explains why Rockwell gets all the credit and Leyendecker has been forgotten, despite preceding him and creating some equally memorable work. 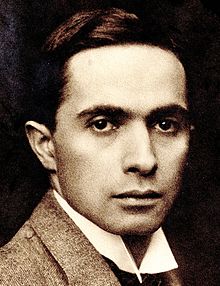 Joseph Christian Leyendecker (March 23, 1874 – July 25, 1951) was a German-American illustrator, considered one of the preeminent American illustrators of the early 20th century. He is best known for his poster, book and advertising illustrations, the trade character known as The Arrow Collar Man, and his numerous covers for The Saturday Evening Post. Between 1896 and 1950, he painted more than 400 magazine covers. During the Golden Age of American Illustration, for The Saturday Evening Pos Ley... 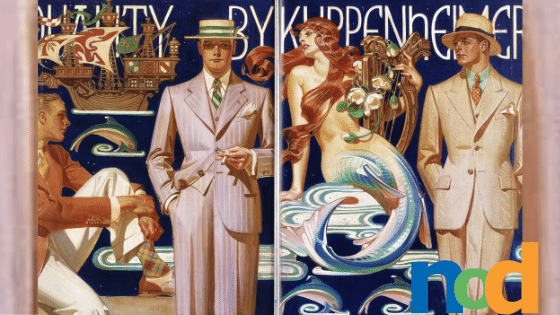 Illustrator J.C. Leyendecker was a German-American who worked during the Golden Age of Illustration. His work spanned from the 1880s to the 1920s.

The bit about subject placement in the Ruby Bridges and New Kids paintings may certainly ring true, but what is also true is Rockwell often used the rule of thirds in his more independent work that wasn’t constrained by illustration guidlines.

It’s difficult as an American to try to see Rockwell’s work objectively, it’s so familiar to us. Rockwell and Repin | The Chawed Rosin

After the War, when the US security apparatus was changing its focus from fighting right-wing fascists to Communist Russia, the OSS (soon to be the CIA) worried about the influence of the socialist-realist school of art. The OSS promoted the Abstract Impressionist school, to the point of actually paying Jackson Pollack and others.

The tension between art as speculative medium and art as communications medium continues to this day. Interesting that Norman Rockwell’s paintings after his tenure at the Saturday Evening Post drifted into Socialist Realist territory.

I don’t know if that’s true of art fans as a group but “Norman Rockwell” has been used as a shorthand for “Idealized mid-century Americana” by laypeople who only have a cursory knowledge of his work. For example, take this lyric from The Nails’ “44 lines about 88 women”:

Rowena was an artist’s daughter
The deeper image shook her up
Dee Dee’s mother left her father
Took his money and his truck
Debbie Rae had no such problems
Perfect Norman Rockwell home
Nina, 16, had a baby
Left her parents, lived alone

Rockwell also did a powerful piece called Murder in Mississippi based on the murders of Chaney, Schwerner, and Goodman. The piece was inspired by Goya.

I personally think artists like Molly Crabapple are the spiritual heirs of what Rockwell was doing.

I wasn’t aware of her. I love it. Thanks!

If your most recent pull is a 20-year-old sculpture, it’s likely that the headline-grabbing nature of conceptual contemporary art is perhaps being overstated.

As with pretty much any cultural artifacts, the broad appreciation of, and broad coverage, of experimental and academic work will always be a tiny fraction of that of more populist and accessible stuff (which, to be clear, is not of less cultural merit - it’s more a difference in genre of work than of ‘level’ or ‘class’ of work or whatever).