The origins of student debt

Originally published at: The origins of student debt | Boing Boing

Essentially, the Powell Memorandum was a corporate blueprint of strategies and tactics to dominate democracy and socially engineer society

One that worked for a long time. The level of brainwashing of American society is such that we still see many Americans interviewed on the subject – not all of them anti-intellectual knuckleheads – decrying Biden’s student loan forgiveness programme as “unfair” and (although they can’t quite articulate the term) a “moral hazard”.

See also the courts’ views on monopolistic practises by big business. A lot of Americans have been convinced by 40 years of neoliberal propagandist that having their own pockets picked by their betters is the natual and correct way of the world.

It’s been going on since the Nixon era:

A lot of Americans have been convinced by 40 years of neoliberal propagandist that having their own pockets picked by their betters is the natual and correct way of the world.

It has bothered me for so long hearing people talk about the moral hazards of giving poor people money because it will disincentivize them from working, then later discuss how the grotesque compensation given to corporate executives is required to incentivize them.

The financing deal a student must make today when they decide to go to college is often a bad one. You get to choose. 1. Get a loan that will haunt you for the next 25 years or don’t go to college.

Also, congrats to the author on a well-written and researched article! I’m happy to see an actual article here on BB. It’s quite a nice change of pace from the seemingly endless ‘look at this thing I found on the internet’ posts.

I like most things posted to the BB feed, but yeah, this author in particular goes the extra mile 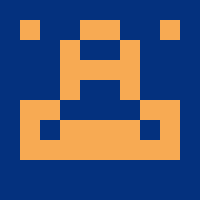 Read all of the posts by Elías Villoro on Boing Boing

When are we going to see elevation from “BB Contributor?”

Before Ronald Reagan was elected governor of California in 1966, for example, attending college did not automatically mean massive debt.

The system has certainly been gutted and underfunded over the years but I’ll just point out that, for California residents who have the luxury of living at home to avoid student housing costs, the Cal State University system is still one of the better deals in the country. Currently the base annual undergrad tuition is $5,742/year. Various fees, book costs etc add to that, of course. But I consider myself lucky to have had the CSU system available to me, even though that meant living at home and missing out on some of the campus life experience.

even though that meant living at home and missing out on some of the campus life experience.

So, no drunken frat parties and a dorm room half the size of a hotel room, then? I think you might have gotten the better deal there as well.

What happened between the late 1960s and 1970s to the will to spend public resources on the public? Why was it that when more groups of people had been historically disallowed access to these social rights through de jure and de facto laws, policies, and cultures, the rhetoric of “smaller government” and undeserving minorities became dominant?

You’ve answered your own question in one sentence.

Reagan clarified his perspective on student financial aid, “Mr. Reagan asserted that students had been deliberately misled to believe that the Government was ‘‘snatching away’’ their loans and that they had been 'incited to stage protest demonstrations against what has been called Draconian cuts in student aid…. We haven’t cut loans, we have cut to cost to taxpayers of making these loans available.” This splitting of hairs is deceptive. First off, the “proverbial” tax payer is coded language. Second, as a coded language, it assumes that the people benefitting from student grants do not pay into the social wage.

Compare this strategy against, say, Germany, where even international students get free tuition, they’re simply asked to stay in the country and work for a couple of years afterward. Because, you see, working a higher level job (due to the college degree) means making more money, which means paying more taxes, which means they’re already giving back right out of college.

So, no drunken frat parties and a dorm room half the size of a hotel room, then?

My school (Cal Poly Pomona) was definitely not known for parties or its frats. Currently 89% of undergrads live off-campus, and the ones who live on campus are more likely to be engineering students who are members of the solar car club than members of a wild fraternity.

After graduating I moved into a tiny apartment that was adjacent to a small liberal arts college and across the street from a karaoke bar so I got a little taste of campus life at that point. Good enough.

The English couldn’t relieve the potato famine because of this same moral hazard “logic.” If they saved the Irish from starving then they’d never learn how to work and pay their own way. This is older than Reagan.

My Canadian post secondary education was basically free. I paid for books and a small tuition “co-pay” of sorts. I went on to have a great career and contributed mostly to the US economy with my work. Building savings and buying a house later in life was pretty easy because I was working debt free from day 1 of my career. Lots of people in the US made lots of money off my career, my real estate, and my skills.

All that is because Canada saw fit to educate me essentially for free. Why so many Americans don’t see what an obvious good this would be for their own citizens is beyond me.

Wasn’t it just yesterday when I wrote in a BB thread that the CSU system is one heck of a deal? Glad I’m not the only one who thinks so! I’m a product of the CSU (one of the partiest party schools out there, btw), but I got there kinda late, after 4-5 years of junior college and pulling my head out my young ass. And like I said yesterday, I consider myself successful (and lucky, indeed) on many levels. One of my kids is now a student at a CSU school. I’m paying for that one too (like my own, years ago), and it’s still a deal, even living on campus. (Edit for grammar.)

Why so many Americans don’t see what an obvious good this would be for their own citizens is beyond me.

I think lots of Americans are in favor of what many other countries have. But the elite who have a stranglehold on our politics have found a way to keep some from voting against their own interests (racism, etc), and have the country so gerrymandered and voter suppressed that they basically have a minority rule situation. I’m guessing that free or nearly free college is wildly popular (like single payer and making sure corporations pay their fair share and abortion rights, and protections for marginalized communities, and reform of our criminal justice system, and reform of drug laws, etc, etc, etc) but will not make it through without some incredibly serious reforms on both our voting system (doing away with the electoral college, banning dark money, etc) and our media landscape. We’re barely hanging on right now to our basic democratic practices, and that makes it incredibly difficult to make the kinds of changes need to show that these things normal in countries like Canada can and will work in the US.

Ya know this Reagan fella was quite the Grade A Pr**k huh. Can’t say I’m a fan, the more I read about him. May a burning bag of poo be set alight on his grave everyday.