The Web is pretty great with Javascript turned off

[quote=“peppy, post:19, topic:69438, full:true”]
The day I realized I could use Adblock to remove the “Trending” feature on Facebook was a good day.
[/quote]The day I removed myself from facebook was a great day.

I’m thinking about switching to Firefox, which has the added benefit of being actually open source as opposed to “open core” like Chrome, but that’s a non-trivial decision for me.

Before you make it, consider Pale Moon instead, a fork from Firefox, which keeps the old customisable interface from before it was spoiled for tablets, plus some other nice differences.

CDNs are a good thing, people.

They can be, but you need to ask. The user specifies what data they need, and where they navigate to.

Before you make it, consider Pale Moon instead, a fork from Firefox, which keeps the old customisable interface from before it was spoiled for tablets, plus some other nice differences.

Pale Moon is for knee jerk folks who hate modern browser interfaces and want a browser that is ancient code + some security fixes (not all) until the end of time. You’d be better served by the current version of Firefox or Chrome. Pale Moon has to hand port any current security fixes to a code base that gets more crufty with every Firefox release away from it.

I have enough hate for poxy modern interfaces that don’t do what I want them to that I’m prepared to put up with some pretty damn crufty cruft behind the scenes.

Are you willing to put up with less security and a codebase with a single developer supporting it? I’m not.

Pale Moon is, very roughly, analogous to ESR Firefox releases, which are not as fully supported as mainline Firefox, due to stability and deltas in the codebase making it difficult to backport fixes.

It’s the red-headed stepchild of Firefox, in my personal opinion, and not something I’d recommend to people whom I wanted to be secure.

“Oops! Gmail won’t work because JavaScript is disabled in your web browser.”

“Oops! Gmail won’t work because JavaScript is disabled in your web browser.”

You know, the things most Internet users (non-geeks) actually use. 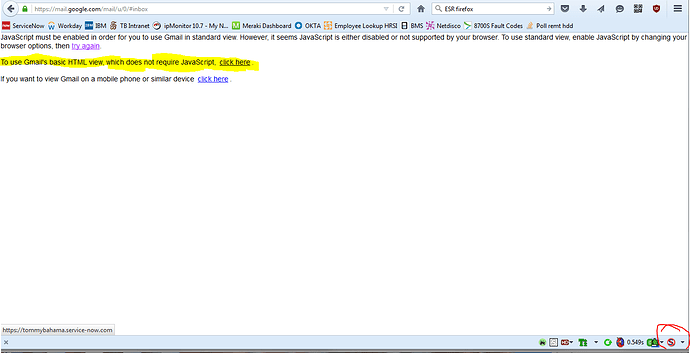 Works just fine without javascript for me 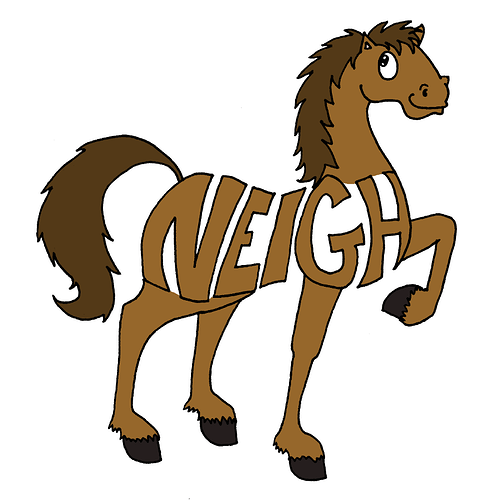 NoScript allows you to allow or block scripts per domain.

Useful tip: using NoScript, you can enable facebook.com and the site works perfectly, but if you disable facebook.net, it eliminates nearly every bit of facebook junk on other sites.

I need that in US measurements. How many furlongs to a hogshead?

Well, that might have been funny if you weren’t using English units for length and volume and trying to apply them to acceleration.

but is it usable with all the red? and I want to know how to draw such a cool overlay without JS

I often notice that if I manually allow all the individual scripts on a page, when it reloads there are a whole new batch of scripts (that when I allow them, load a third group of scripts, etc. - what a mess), so I have to wonder if scripts are loading other scripts (etc.) until it hits something somehow not covered by “allow all scripts.”

Same sort of thing happens with Privacy Badger, in which allowing a tracker reveals others that it either blocks them entirely or their cookies. Usually I try to identify the one which blocks the thing I want to watch or listen to, but in those cases, I just resort to temporary disabling it.

I’m assuming that what scripts NoScript doesn’t cover in “all scripts” ended up in the “untrusted” blacklist. As for other reasons, there have been situations where I found that a rule in HTTPS Everywhere essentially broke a site, but encounters with that are few and the EFF are usually good at updating the rule set.

Fuck sketchy ad networks, corporate vampires and black hats, man. We’ve juuuust recovered from the “javascript == popups” era, and can finally make fun-to-code, fun-to-use user interfaces. I hope ad blockers are able to go mainstream with an easy switch for “block everything sketchy, whitelist everything fun and convenient” that prevent a second dark age of UI. Sure, not every Tom-Dick-and-Harry site needs jquery UI drag and drop, but client-side animation and interactivity can make complex ideas/interfaces more grokkable and tactile.